On August 10, the reality show aired footage of male and female celebrities and observed how different they are in their everyday lives.

Eunkwang began, “I used to live in a dorm and it’s my first time showing fans how I live alone. The fans worry if I live alone because we don’t get along.” He continued, “It’s now been two months [since I moved out at the time of recording]. I just finished organizing my home.”

Eunkwang’s home was clean and well-organized. He showed fans his computer room, which was equipped with two screens. He also had a stocked snack bar that was filled with snacks gifted from his fans. He proudly stated, “It’s every man’s fantasy.”

B.A.P’s Youngjae also came over Eunkwang’s house later and the three idols headed to a PC room to play more games together. 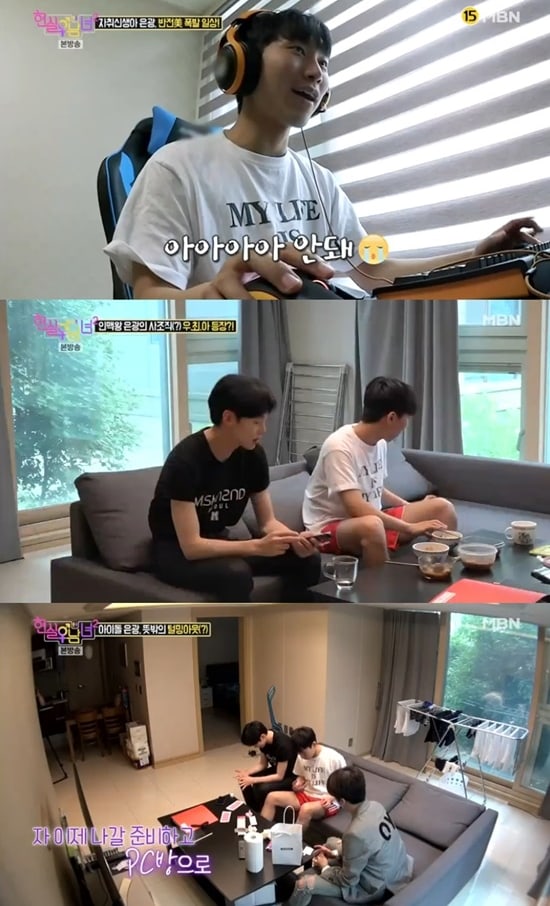 “Realistic Men and Women” airs on Fridays at 10 p.m. KST on MBN.