Previously, it was announced that the idol made one of the concept evaluation tracks, “Meet Again” (literal translation). On the August 10 broadcast, he finally made an appearance on the show as a producer and evaluated the team of five contestants who would sing his co-produced song. The group consisted of Kang Hye Won, Wang Yi Ren, Park Hae Yoon, Takeuchi Miyu, and Miyawaki Sakura.

In the studio, Lee Dae Hwi greeted the girls warmly with a cheerful round of applause, saying, “Amazing! So this is my team?” After they sat down, he shook hands with Miyawaki Sakura, the center of “Pick Me (Naekkeoya), ” as the center of the song “Pick Me (Nayana)” from “Produce 101 Season 2” himself.

Park Hae Yoon revealed that Wang Yi Ren is the center of their group. When Lee Dae Hwi asked how the center had been decided, she revealed they had chosen amongst themselves through voting. Then Lee Dae Hwi suggested each of them record the first verse of the song, including the center’s part.

Lee Dae Hwi listened to each version and when it was Wang Yi Ren’s turn, he commented, “I should watch you more carefully.” After she sang the first verse, he praised, “I think you’re singing the center’s part well.” Miyawaki Sakura went next, and Lee Dae Hwi said, “Good job. Please come out of the room.” 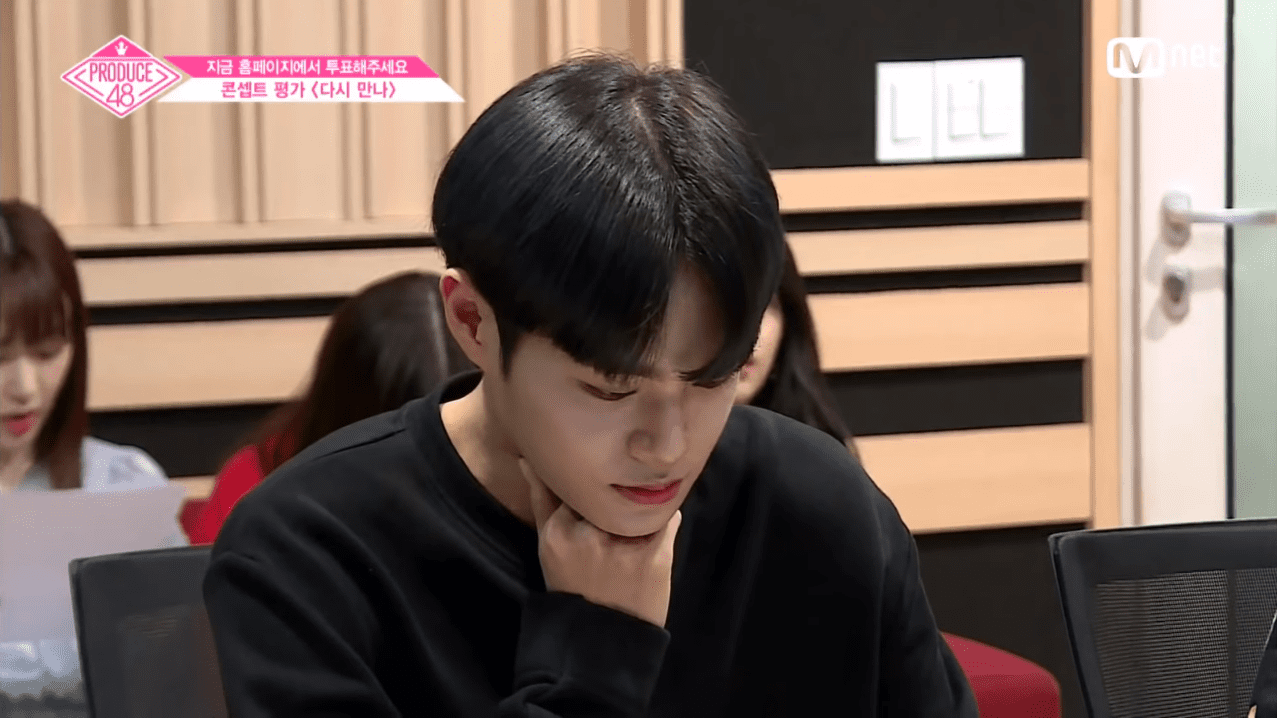 After the recordings were over, Lee Dae Hwi shared his honest opinion in a calm and friendly manner, saying, “The reason why I paid close attention to the center part was because it is a very important part of this song.”

He continued, “As a producer, when considering the center position, I think Yi Ren would sound better and more comfortable when listening to the actual recorded track because of her pronunciation and vocal skills. However, when I think about the stage, I think Sakura will be able to strengthen the overall feeling of the song more.”

In the end, Wang Yi Ren was set as center. Watch Lee Dae Hwi as a producer in the clip below!

“Produce 48” also revealed the current rankings of the remaining 30 contestants. Let us know who you are rooting for in “Produce 48” through our prediction polls for international fans here!

Wanna One
Lee Dae Hwi
Produce 48
How does this article make you feel?