On the latest episode of tvN’s “Salty Tour,” BIGBANG’s Seungri and Jung Joon Young spilled the beans on each other’s love lives!

The two singers traveled to China together on the August 11 broadcast of the reality show, which followed the cast as they headed to the city of Xiamen.

While chatting over a meal, Seungri woefully mentioned that he had never been contacted out of the blue by a female celebrity, unlike his popular bandmate G-Dragon, who often received calls and messages from girl group members.

When the “Salty Tour” cast responded with skepticism, Jung Joon Young playfully cut in, “The reason is because [Seungri] is the type to contact girls first, before they contact him.”

A flustered Seungri quickly jumped to explain, “The funny thing about me is that I need to be the one to approach a woman, rather than have her approach me. I get scared easily, so if a girl approaches me, I [start wondering], ‘Why did she contact me? What does she want from me?'”

Jung Joon Young jokingly replied, “To be set up with G-Dragon!” 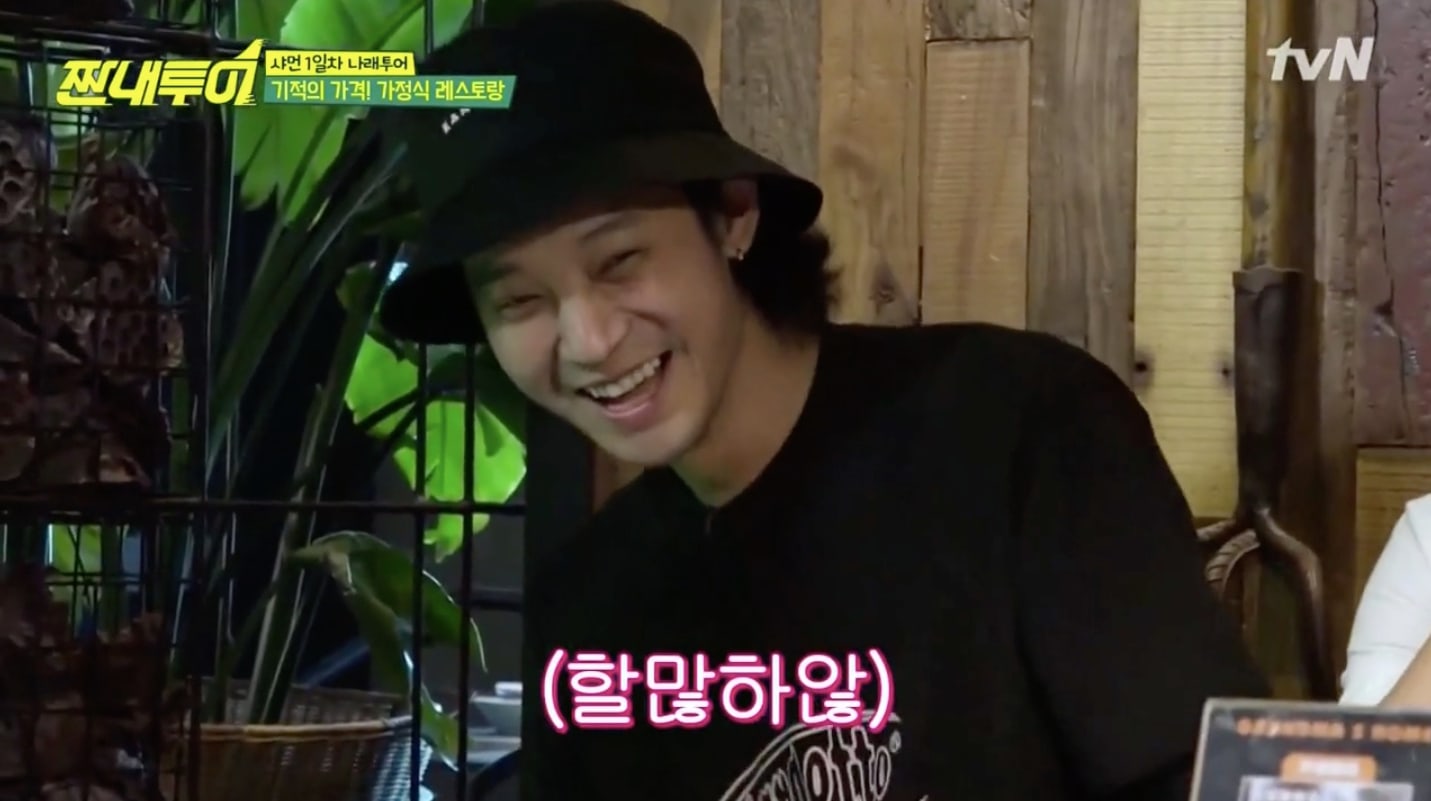 Seungri ignored him and continued, “I get scared. It’s because I’ve had so many bad experiences with women before.”

When Park Myung Soo asked why, Seungri joked, “I don’t know why. But he’s like a snake—once he wraps around [a girl], he never lets go.” 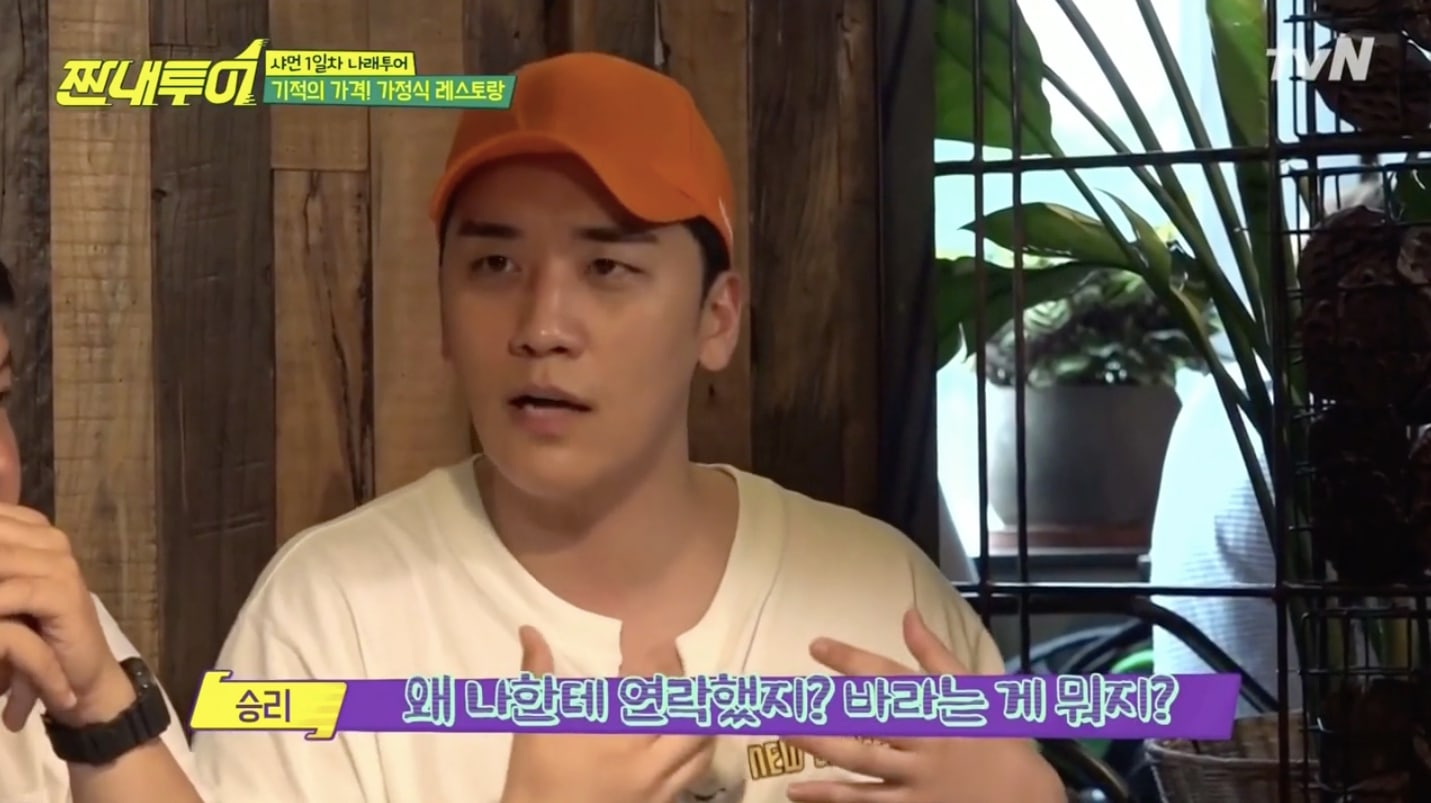 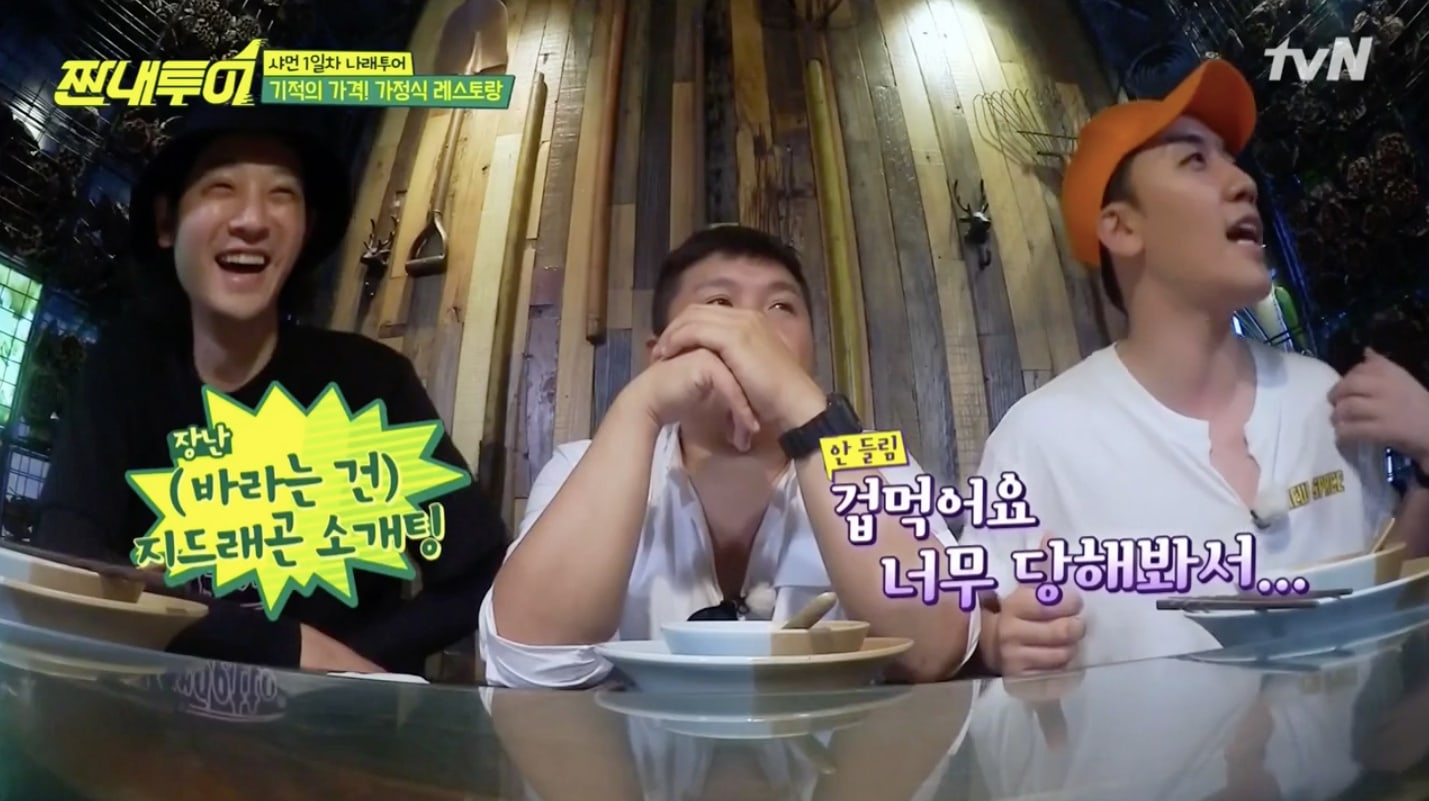 BIGBANG
Seungri
Jung Joon Young
How does this article make you feel?