BTOB Chooses Next Leader And More Ahead Of Eunkwang’s Enlistment

BTOB had fun talking with their fans and choosing new positions in their team before Eunkwang’s military enlistment.

The members began by introducing themselves. Eunkwang stood up to greet the fans and said, “I’m BTOB’s leader Eunkwang. I won’t cry today.”

BTOB’s fans Melodys surprised the group by flooding the comments with “BTOB we’ll always be here” and pressing hearts throughout the video. The members stood up and thanked their fans throughout the broadcast for their love. 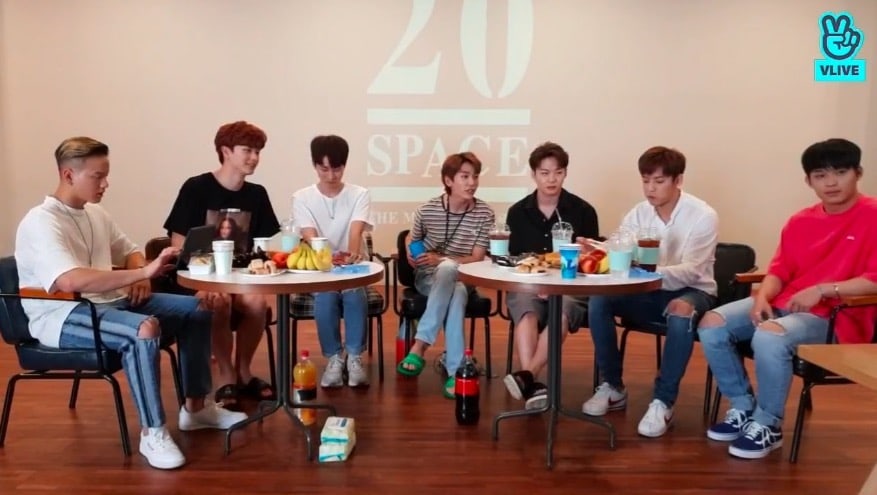 The boy group recently held their fifth solo concert, “2018 BTOB Time — This Is Us” at the Olympic Gymnastics Arena, where they were joined by 36,000 fans.

Changsub said, “This morning, I cried while watching a video that the fans posted of the concert.” Eunkwang added, “Yesterday, I looked for clips of me crying. There were many of them. When BTOB has a concert as a whole group again, I hope all of the same people will come.”

As the title of the V Live described, it was BTOB’s final broadcast as a whole group before Eunkwang leaves for the army, but the members had fun together as always. While Changsub had his ears covered, Minhyuk said, “Changsub has been wearing these clothes since two days before the concert.” Changsub made everyone laugh by smiling brightly, not knowing what his fellow member had just said.

During the “keyword talk,” Yook Sungjae chose “March 21, 2012.” He explained, “This was the day that BTOB was revealed to the world for the first time. I still get emotional thinking about it. We cried together at the showcase too. Our goals are unchanged and we still haven’t lost our motivation.”

He continued, “My age right now is the same as Eunkwang’s during our debut. Even if I met Eunkwang when he was younger, he still would’ve been the leader.” Hearing this, Eunkwang replied, “I thought about giving my leader position to Yook Sungjae after I leave.”

The final keyword was “Melody.” Minhyuk said, “Melody is love. No other words are necessary. Because Melody exists, BTOB exists. We’re happy during all of our moments with Melody and every second is a memory.”

Ilhoon, who was the MC for the day, said, “Eunkwang received a video message from Melodys before he goes to the military.” The other members were unaware of this, and they all watched the video together in silence.

Fans in the video said, “Eunkwang is warm sunlight to Melodys, a big brother who makes us smile when we’re down, an angel from heaven, smiling energy, my life’s motto, my life’s existence, my life’s light, a great person who is incomparable in my life.” The fans wished Eunkwang a safe enlistment and promised that they would wait for him, and Eunkwang smiled brightly while watching the video. 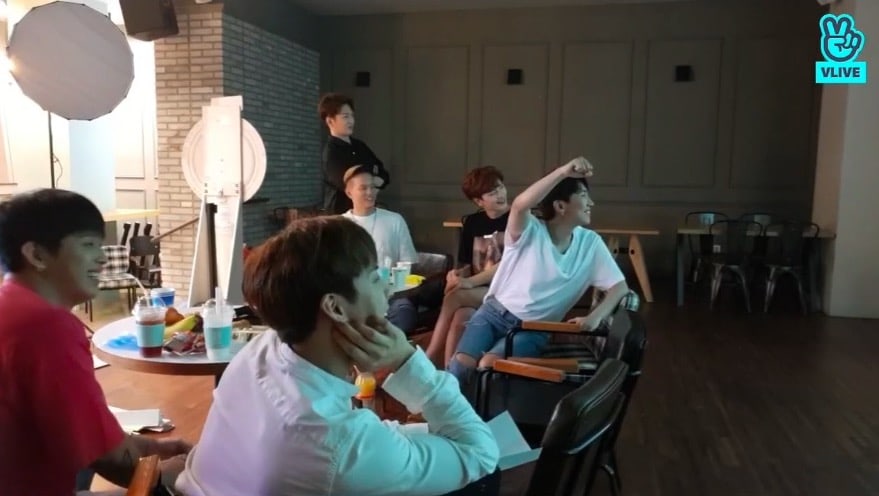 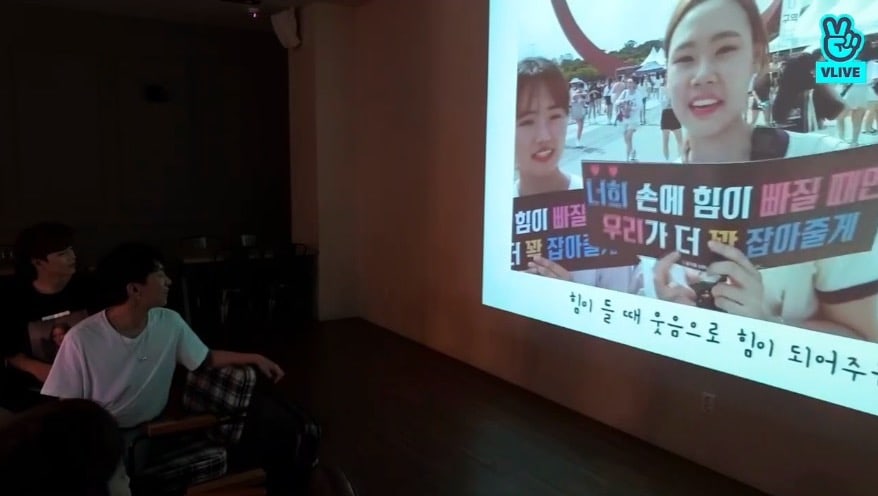 The members also presented Eunkwang with a letter of appreciation and a cake. Ilhoon read, “You worked hard day and night as BTOB’s leader for the last six years with all of your heart and sincerity. You contributed a lot for us to grow this much. We give this to you with gratitude. Leader, we will wait for you.”

Eunkwang stated, “I was a bit scared that many people might leave during the two years that I’m gone. But after the concert, watching the video and your support, I’m confident that the fans will stay by me. I’ll come back happily and healthily.”

“The seven members of BTOB are one person,” he said. “Even without me here, please give BTOB lots of love. Thank you. I love you. The concert was like a miracle.”

The broadcast then took a literal turn as the members spun a wheel to pick their next leader. After playing a game of rock paper scissors, each member wrote their name on the wheel. The wheel landed on Minhyuk’s name and he became their leader for the time being. 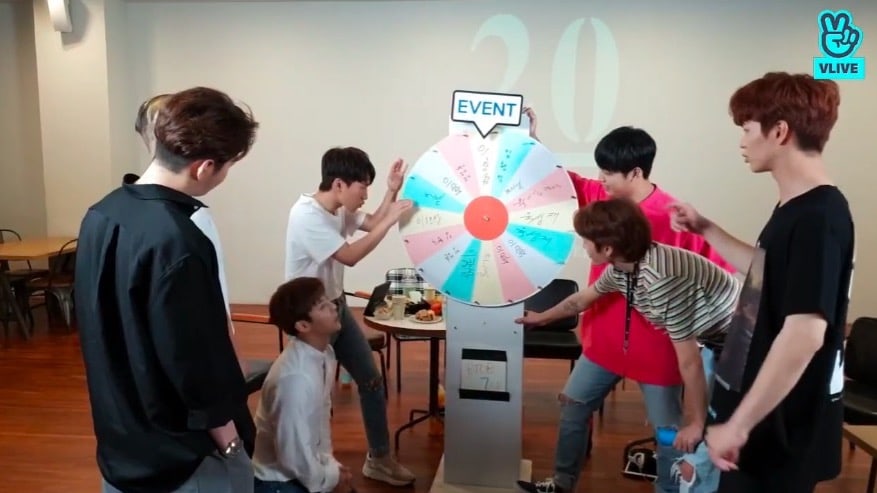 Yook Sungjae, the current “maknae” (youngest member) of BTOB, then suggested that they pick a new maknae. He spun the wheel, only for it to land on his name. 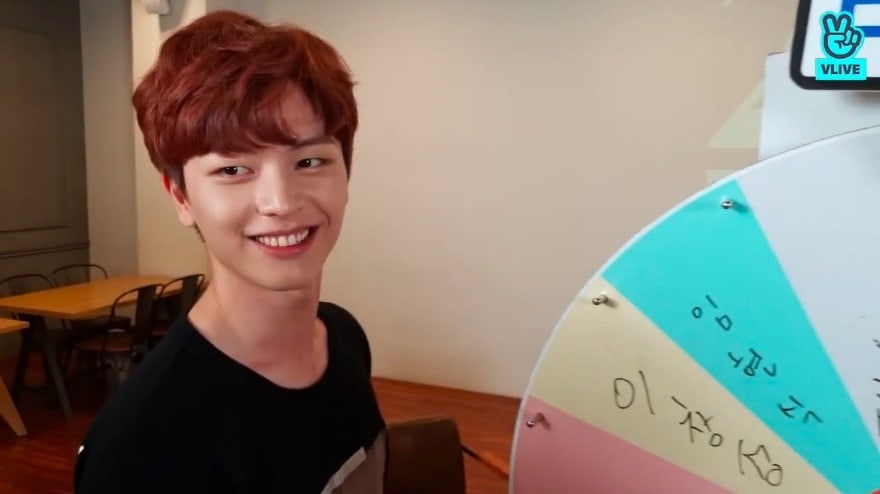 Eunkwang commented, “It’s amazing that Minhyuk was chosen as the leader and that Sungjae was chosen as the youngest member again. Even though I’m the leader, Minhyuk helped me a lot as the oldest member and gave me a lot of strength. He’s done a lot of things as a leader already, so I’m not worried and he’ll be able to carry out his role well. Also, we have to pick a new leader again when Minhyuk goes [to the military].”

“Some people may say that we’re hastily choosing a leader by spinning the wheel,” continued Eunkwang. “But I’ve watched them as a leader and I trust that any one of them could do a good job as a leader. They’re good people. If they were to have this position, they’d be responsible and do a good job, so I’m not worried at all.”

Minhyuk joked, “I hear that it already says leader next to my name on portal sites.” He continued, “I’ll never ever be able to fill in Eunkwang’s position. The title may be leader, but all of the members will work hard to fill in Eunkwang’s place. Also, when I also go [to the military], then it’ll be fun to choose again.” 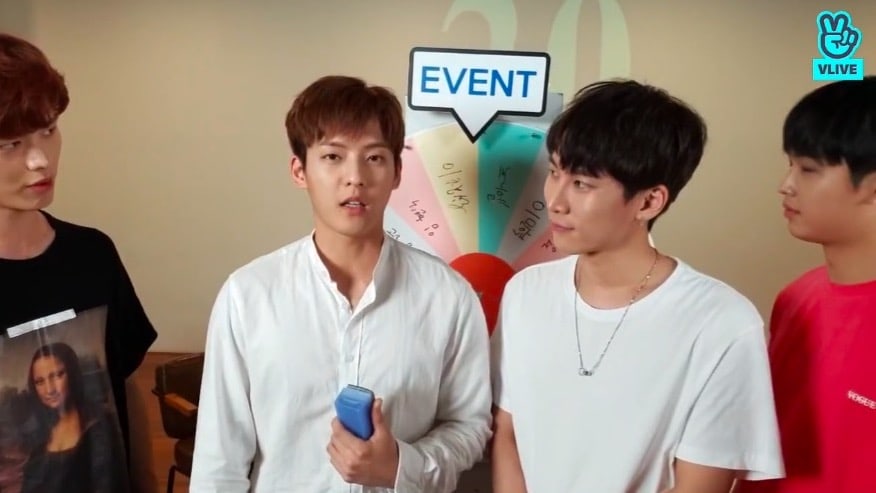 After that was settled, BTOB decided to choose their main dancer. The members made pinky promises that whoever was chosen would have to do some kind of dance performance such as an introduction or solo performance during their promotions. They spun the wheel and the members cheered when Peniel was chosen as the main dancer.

Eunkwang will enlist as an active duty soldier on August 21.