Following the responses of Shaun and the CEO of his agency pertaining his digital chart manipulation controversy, his agency DCTOM E&C revealed the advertising statistics on various posts through their official Facebook page along with a letter to the public.

The letter starts, “Hello. This is DCTOM E&C. As an agency, it is very flustering and regretful because so many rumors have not stopped regarding Shaun’s recent topping on the charts. Regarding this matter, we inquired the major music sites and the Ministry of Culture, Sports, and Tourism about the illegal use, the time zone after the release, and details of the use, but we have not received any response yet. Because it will be a long time before the truth is revealed, we asked for some insights on what kind of content about him were on the Facebook pages ‘Music Only For You’ and ‘Kind Playlist.'”

The agency continued, “Although this analysis is based on limited data, please understand that people who don’t understand Facebook’s algorithms and concepts of reaching a certain rate are gathering objective data that we can get from the current situation of self-assertive, speculative interviews with the press and distorting facts.

“Although we were reluctant to provide the insights on Facebook because it is very important material for our business secrets, please consider the fact that it is necessary to resolve our grievances in this situation.”

Shaun’s agency released photos showing that posts about Shaun’s song have been getting an increasing number of views. The agency claims that the views didn’t increase on a certain day but gradually grew over time. Their photos also show the song’s progress on charts.

Check out their information below. 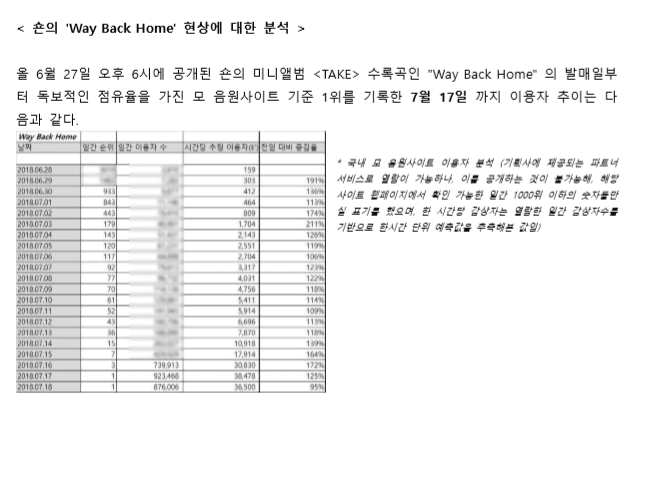 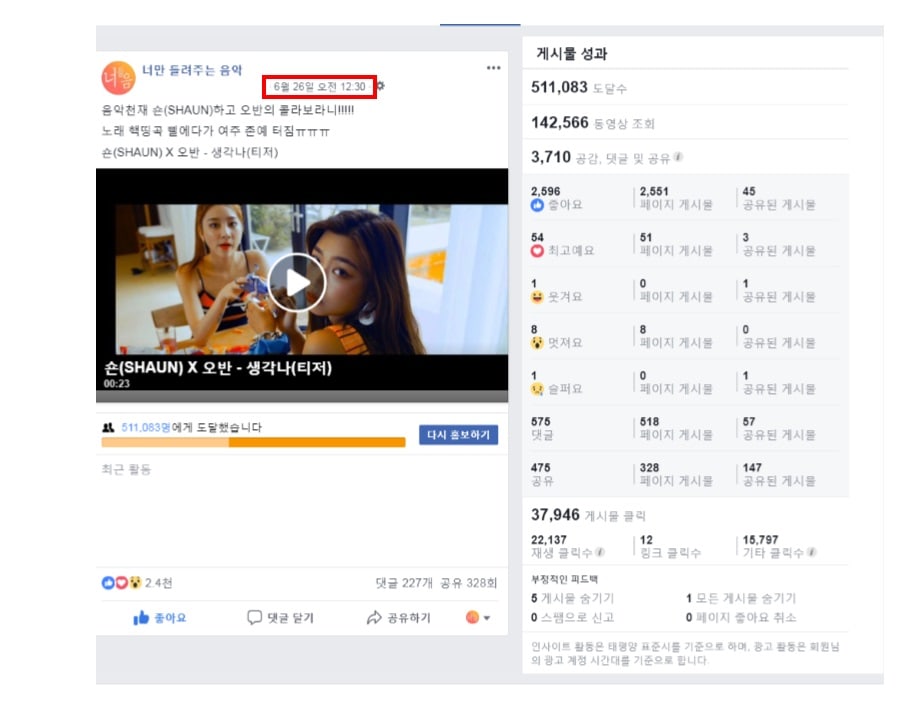 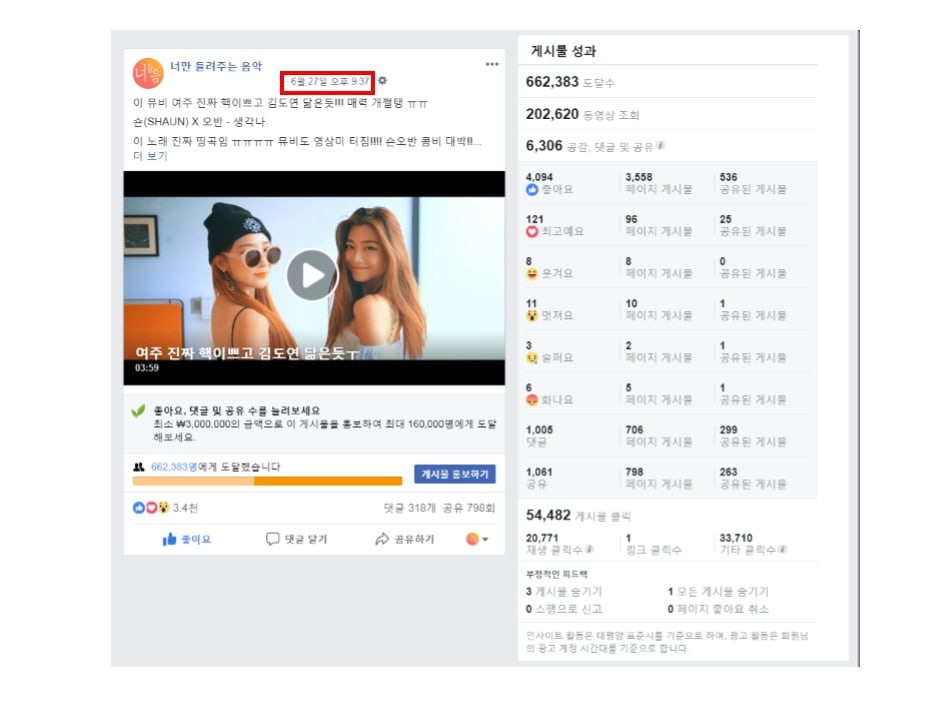 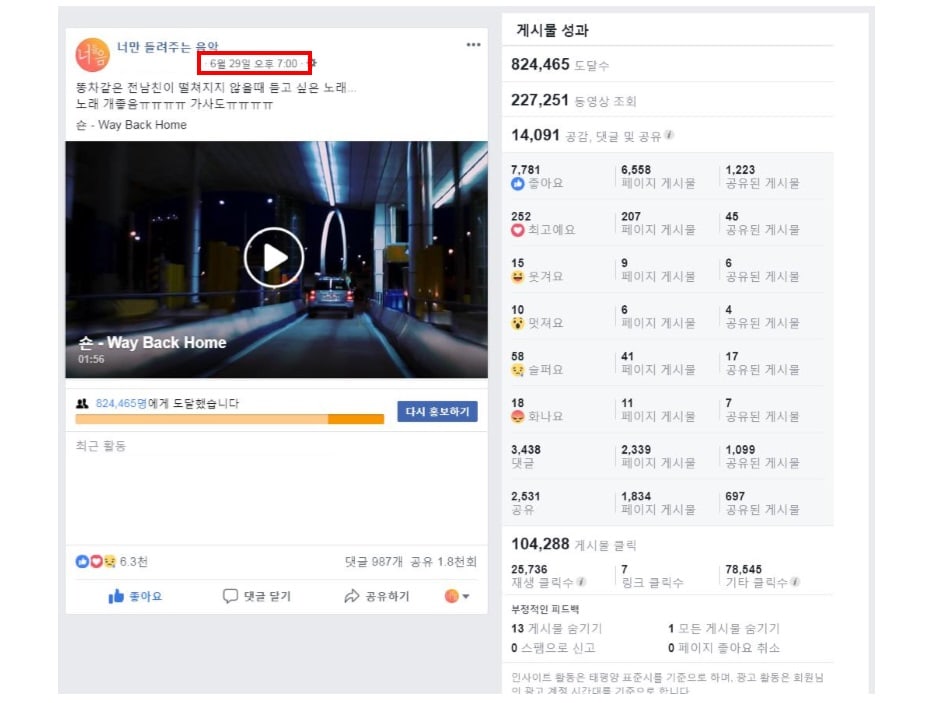 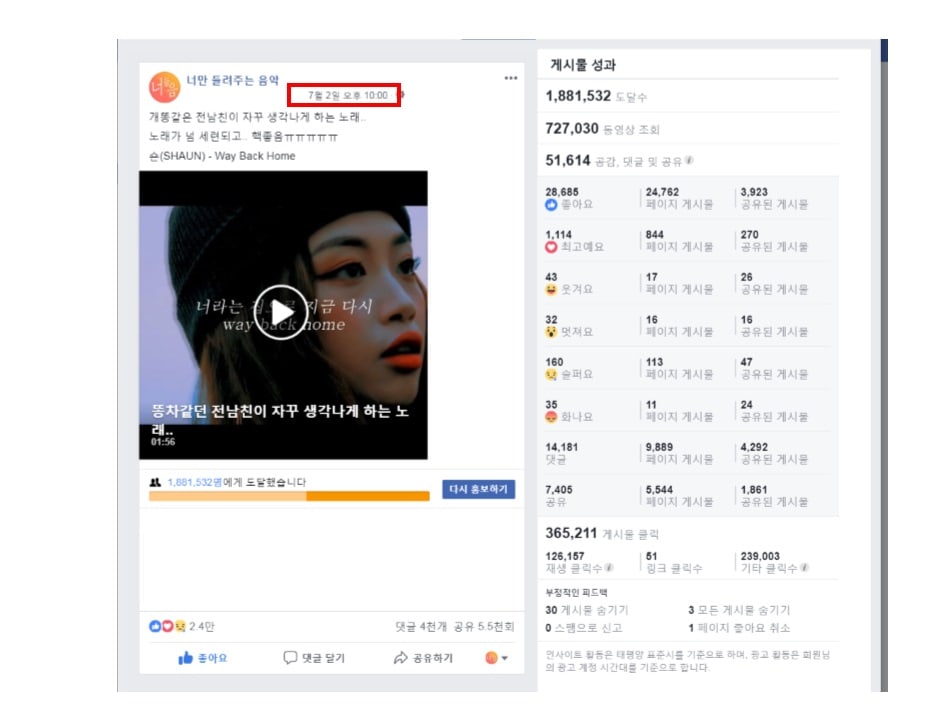 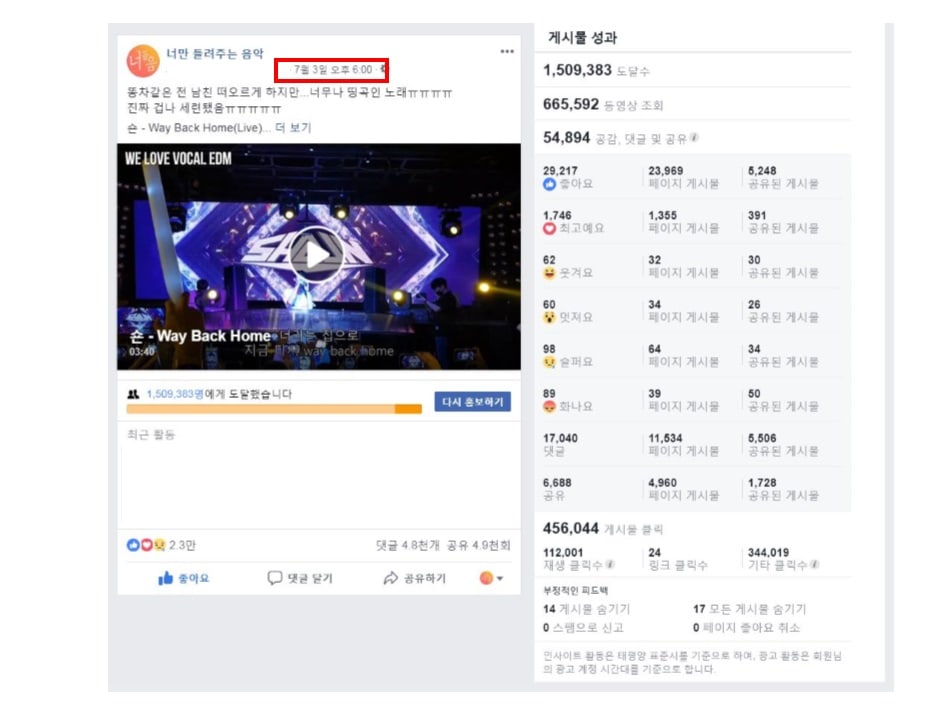 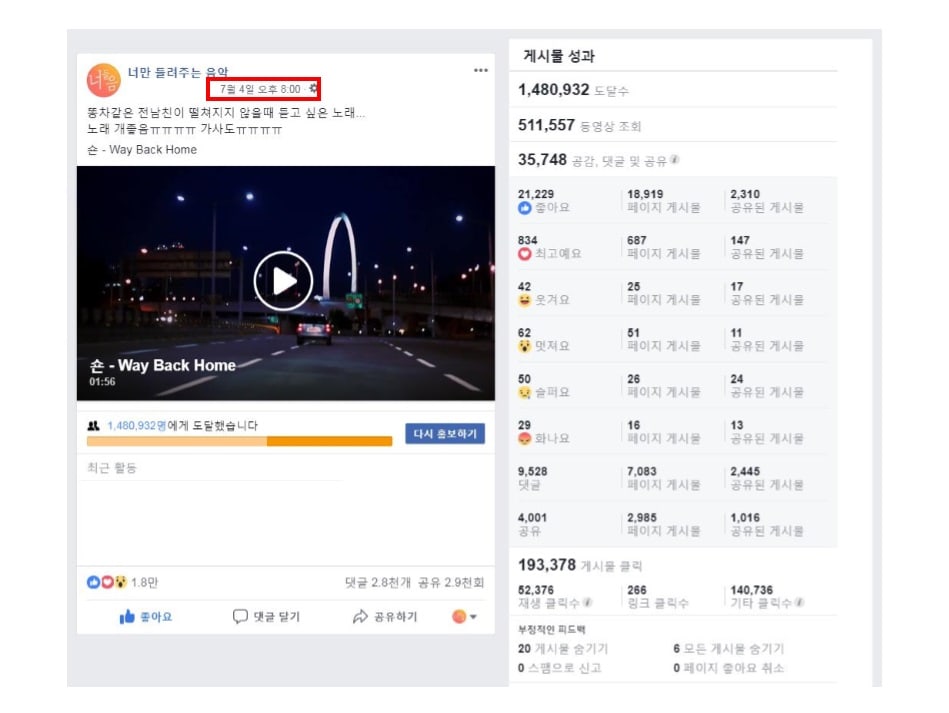 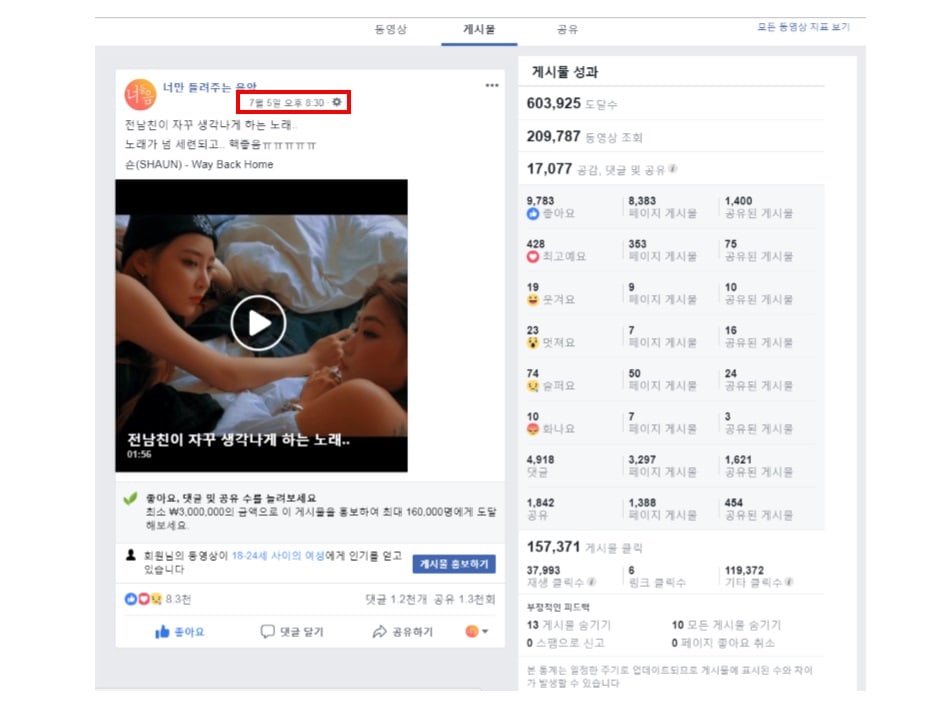 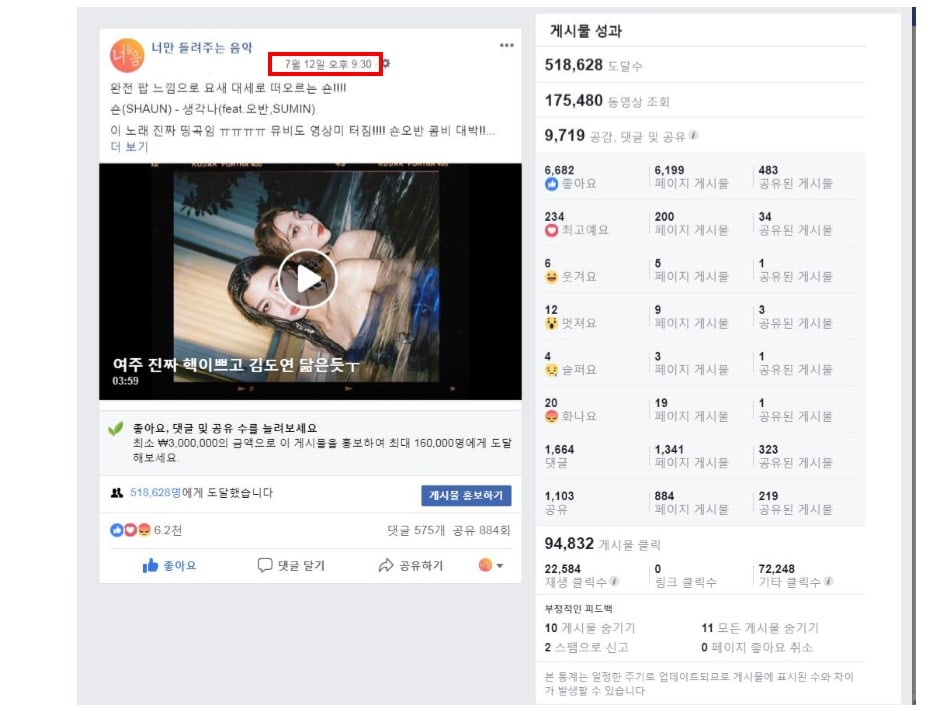 Thanks to Kay for the tip!

Shaun
How does this article make you feel?