OCN original drama “Player” has released stills from its first script reading, as well as a behind-the-scenes video!

“Player” is a caper drama about an elite team of four criminals who join forces to pull off the ultimate heist. Song Seung Heon will star as the talented con artist Kang Ha Ri, while f(x)’s Krystal will be playing Cha Ah Ryung, the country’s top driver. Lee Si Eon will play the role of brilliant hacker Lim Byung Min, and Tae Won Suk will round out the team as the top-notch fighter Do Jin Woong. 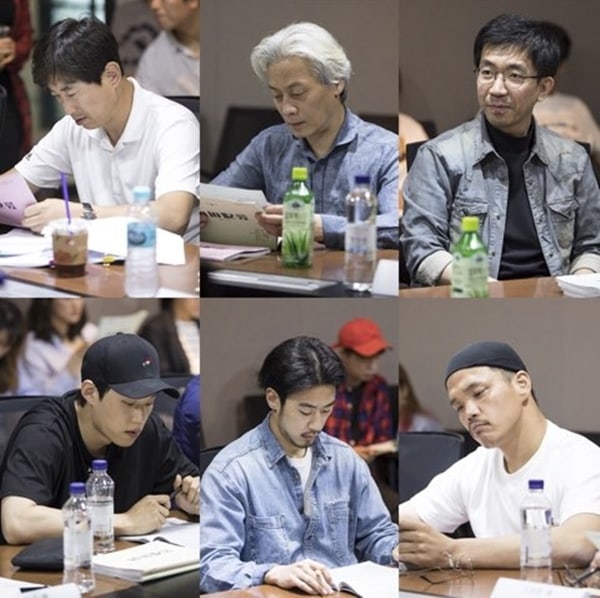 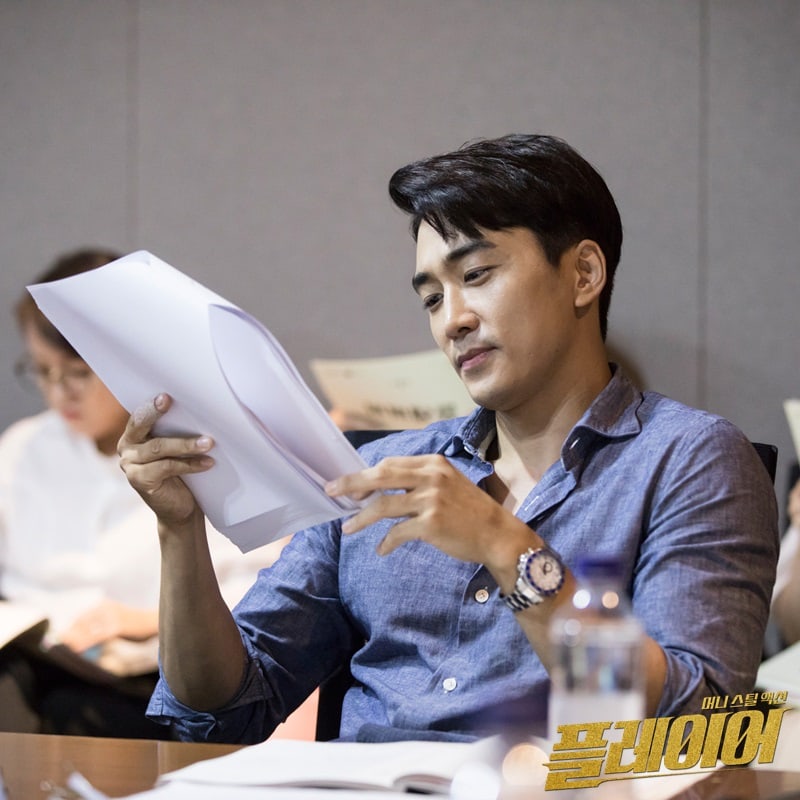 Song Seung Heon, who made his return to an OCN original drama after a year, made the atmosphere of the room warm, in line with his role in as a leader in “Player.” He expressed his expectations for the drama and hoped he could help make it successful. As the actors began the script reading, Song Seung Heon began to fall into his character as Kang Ha Ri with his sly acting. 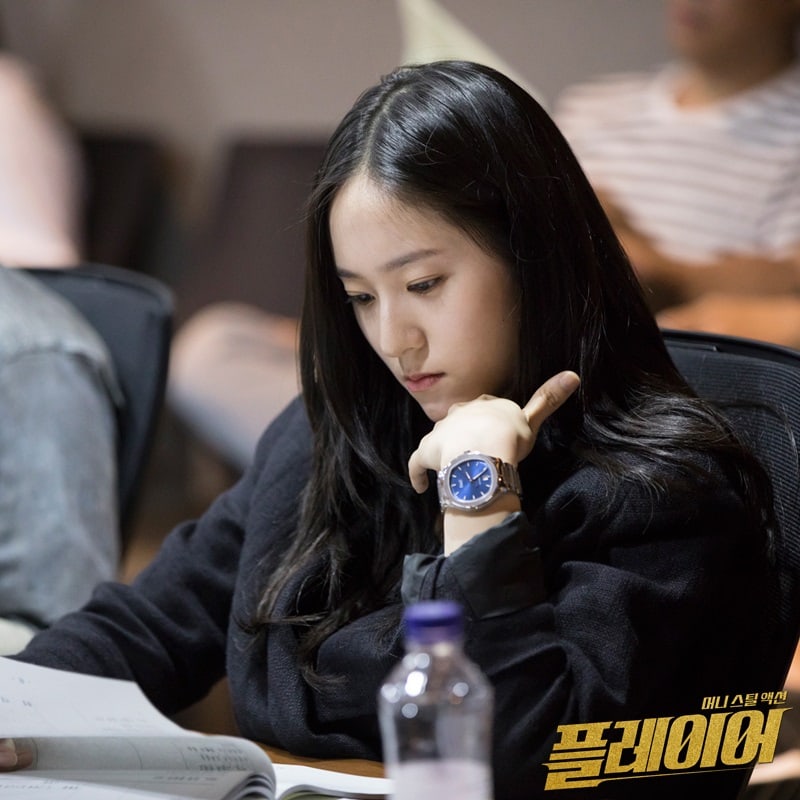 Afterwards, Krystal showed off her character’s girl crush-like charms as she too entered into the script reading with passion. She previously displayed impressive skills with her motorcycle riding in a teaser for the drama. She was filled with charisma as she recited, “Players, let us find the illegal fortunes together!” 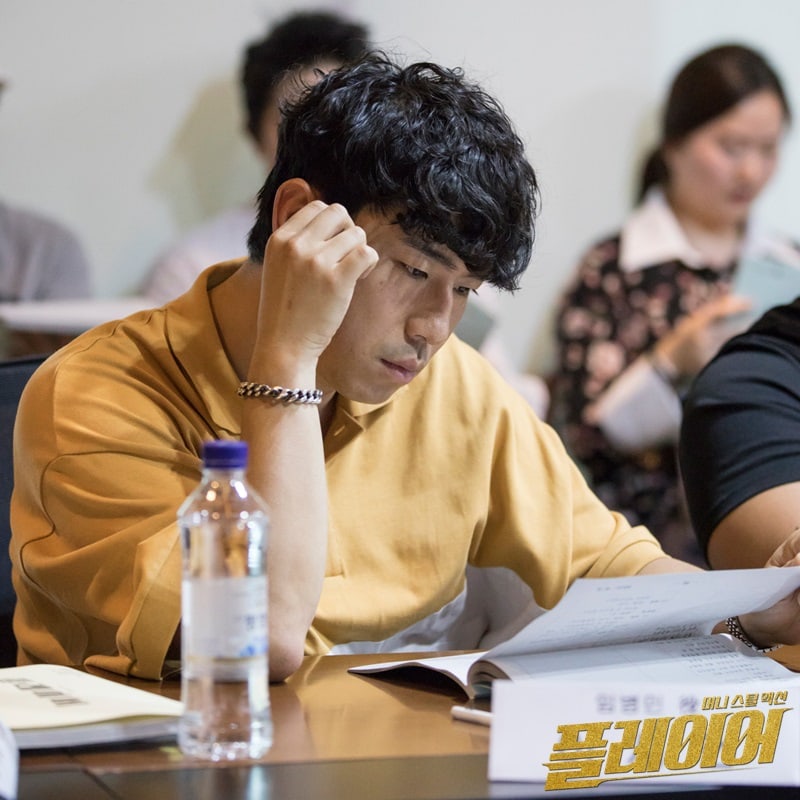 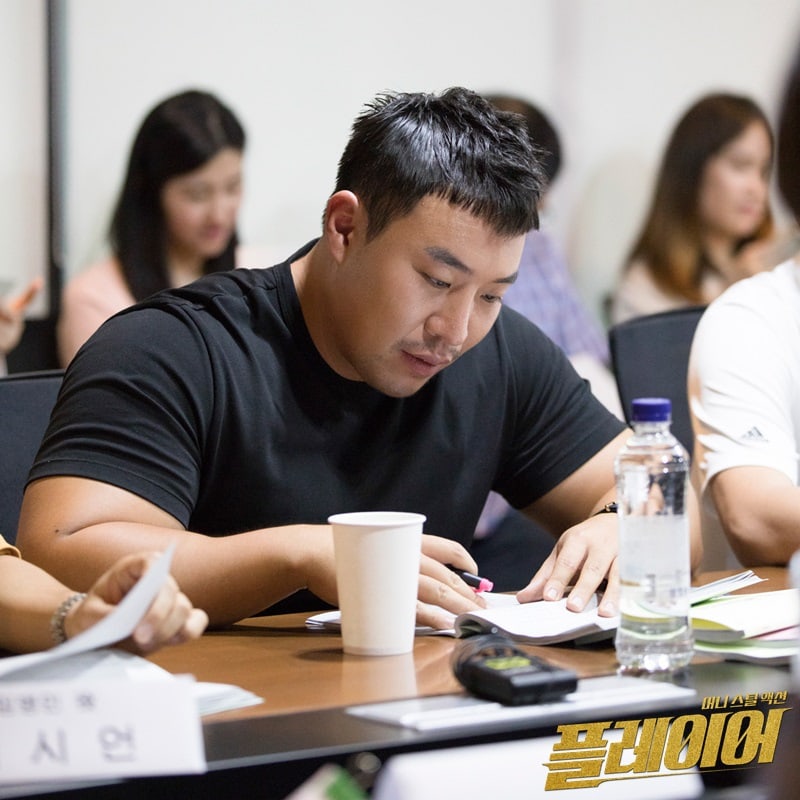 Lee Si Eon made the room burst into laughter constantly with his acting as the hacking master Lim Byung Min. He was the mood maker that day, adding hilarious adlibs into his lines. Tae Won Suk also took in his character of Do Jin Woong, a fighter that can’t be stopped once he gets mad, but also has a cute side to his personality.

The production staff stated, “As the actors made the characteristics of their individual characters come alive, they made the mood at the script reading incredibly refreshing through their great chemistry, and it was as if we were really on set. This realistic acting remains intact at the shooting sets as well. Please look forward to the first episode of ‘Player,’ which will showcase the character’s unique personalities, a strong storyline, and flashy action scenes.” 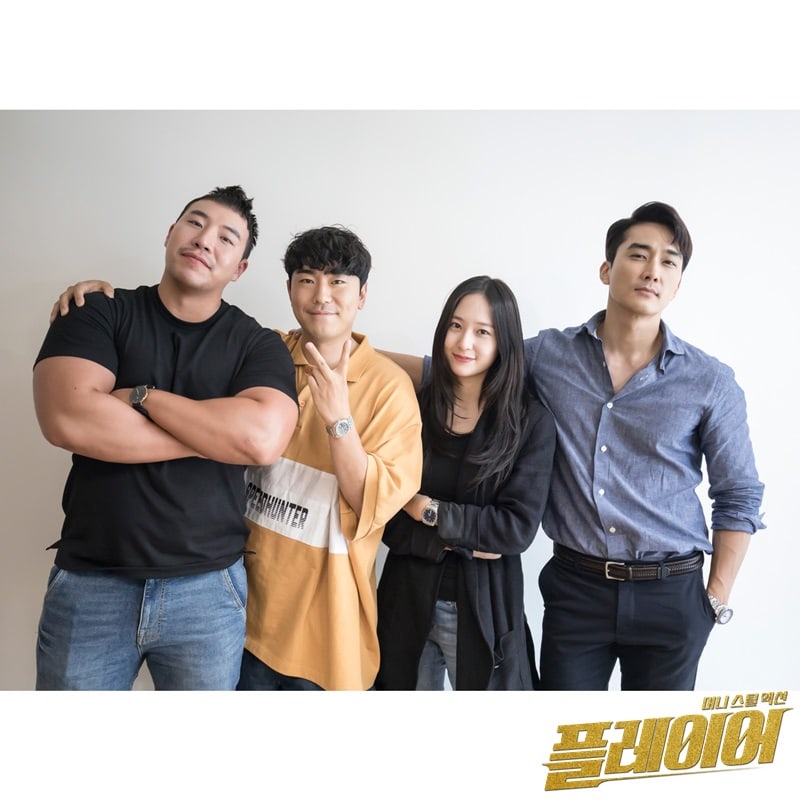 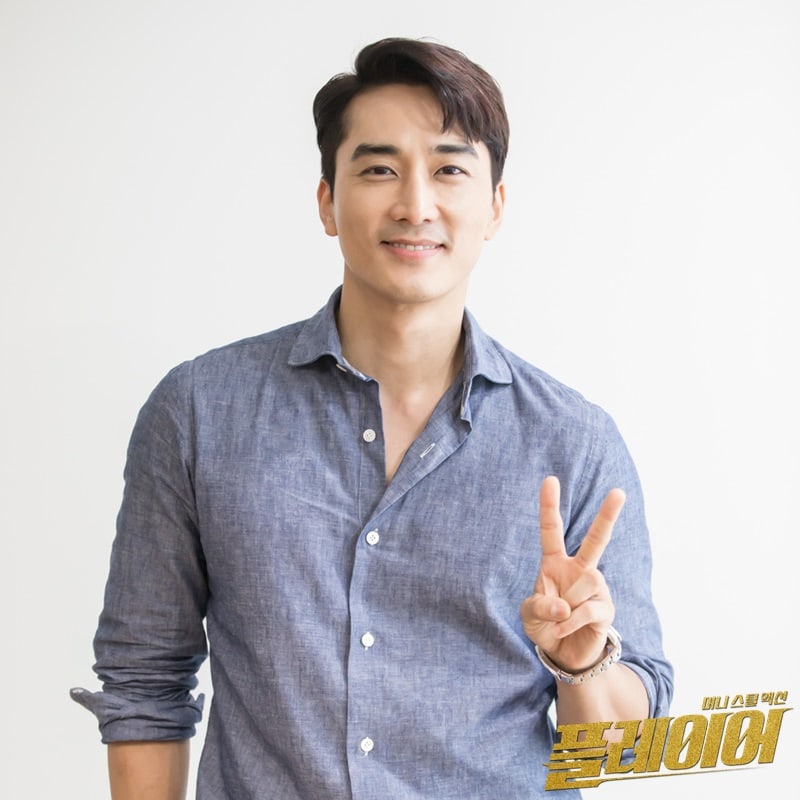 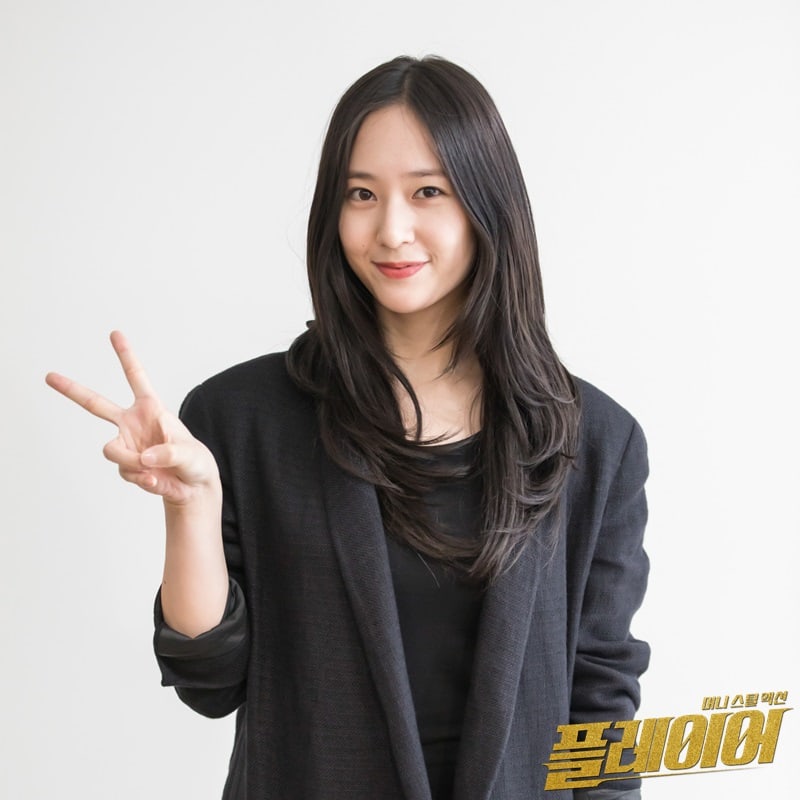 The drama also released a behind-the-scenes video of the cast at the script reading. In the video, Song Seung Heon introduces the plot of the drama and describes it as being a “refreshing action drama.” He introduces his character as the leader of the 4-member criminal gang, and dives into how his character becomes a con artist. Krystal also talks about how her character comes to learn many skills as she grows up, but driving is the one she really excels at. Her life begins to change as she meets Song Seung Heon’s character. 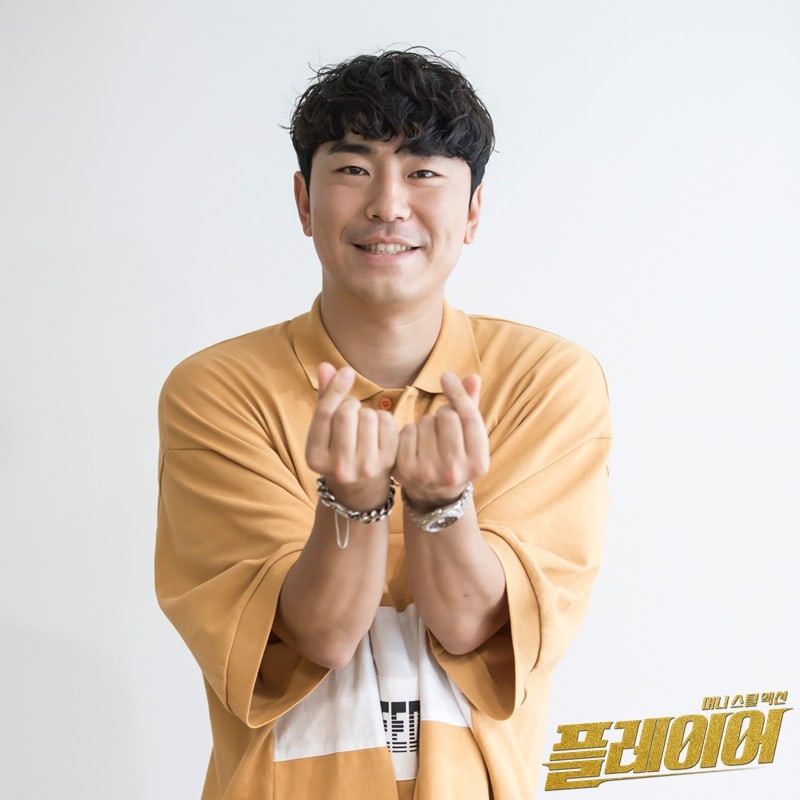 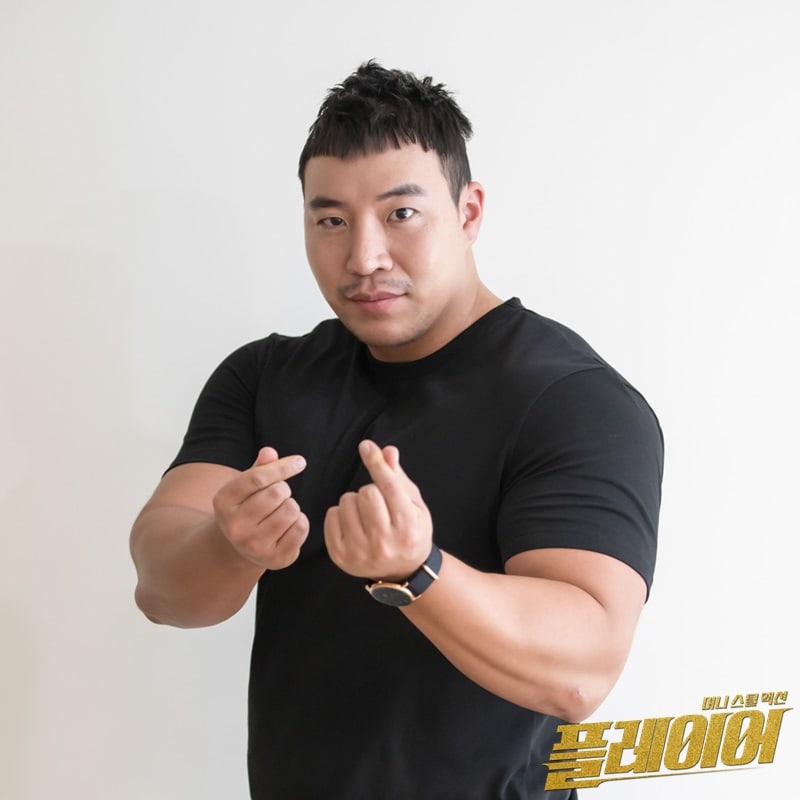 Later, Lee Si Eon expresses his pride at playing a genius hacker character, and reveals that he had always wanted to play a genius character. He remarks that viewers will be able to know more about his character once they watch the drama. Tae Won Suk too brings an explosive energy to the script reading set, and the cast members’ chemistry can be clearly seen as they joke around and exchange witty lines with each other.

Song Seung Heon finally expresses his wishes to make a great work with “Player” and raises his fist up as he says an encouraging “Fighting!”

“Player” will air is first episode on September 29 at 10:20 p.m. KST, following the broadcast of “Voice 2.” Check out a teaser for the drama here!