In the beginning of the episode, Seo Hyo Rim jokingly grabbed Lee Kwang Soo by the collar and threatened him by saying, “I came here to get you today, punk.” Later, she revealed her and Lee Kwang Soo’s long-time friendship. 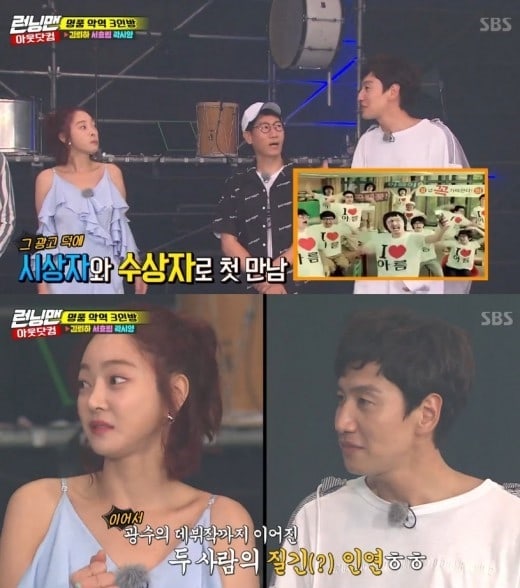 They had appeared in a commercial together where Seo Hyo Rim had played an award presenter and Lee Kwang Soo the award winner.

However, Seo Hyo Rim merely stated, “Before Kwang Soo debuted, I gave him an award. He’d always chase me around after drinking alcohol,” causing Kwang Soo and the other “Running Man” cast members to become extremely flustered. 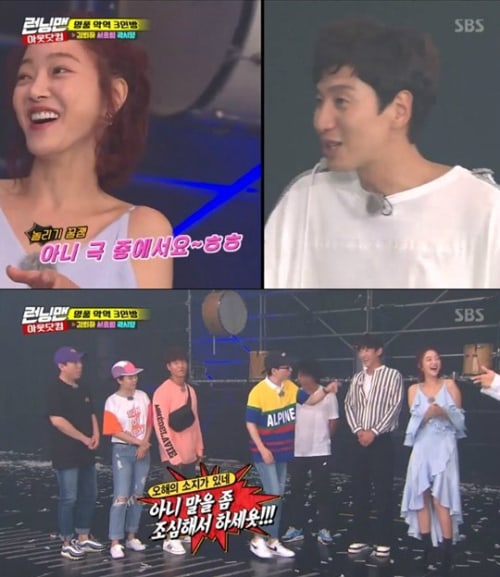 Seeing their reactions, she clarified, “In the commercial.” In response to her story, Yoo Jae Suk exclaimed, “Be careful what you say!” causing everyone to explode in laughter.