Gaon Chart has revealed its chart rankings for the week of August 12 to 18!

Super Junior D&E’s new mini album “‘Bout You” dominated this week’s physical album chart—the D&E version of the mini album took No. 1 for the week, while the Donghae version followed at No. 2 and the Eunhyuk version came in at No. 4. Red Velvet’s “Summer Magic” stayed strong at No. 3, while MXM’s first studio album “More Than Ever” debuted at No. 5 on the chart. 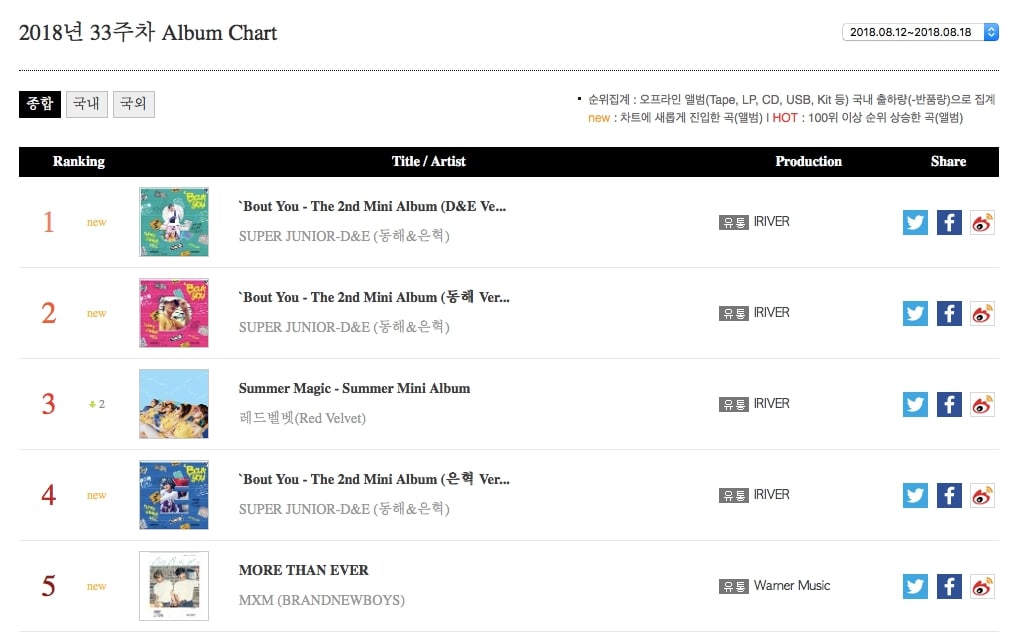 After earning a triple crown last week, Red Velvet continued their reign at the top of the digital charts with their latest summer hit “Power Up.” The group maintained their No. 1 spot on both the overall digital chart and the download chart, as well as their No. 2 position on the streaming chart.

Shaun’s “Way Back Home” also remained at No. 2 on the overall digital chart, followed by TWICE’s “Dance the Night Away” and BLACKPINK’s “DDU-DU DDU-DU,” which each rose one spot in the rankings to claim No. 3 and No. 4 respectively. Zico’s collaboration with IU, “SoulMate,” rounded out the top five for the week. 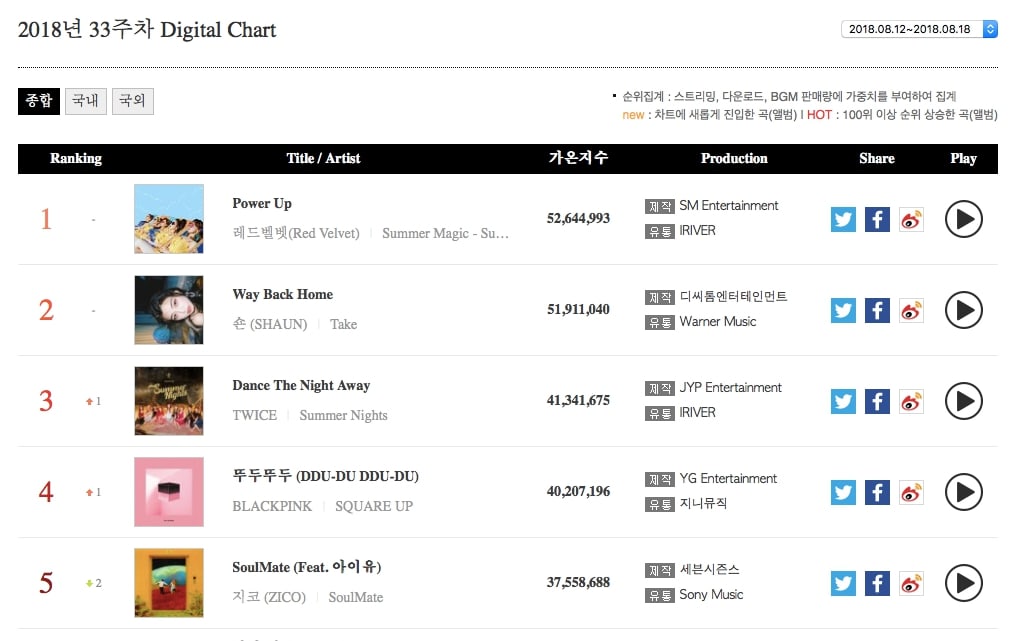 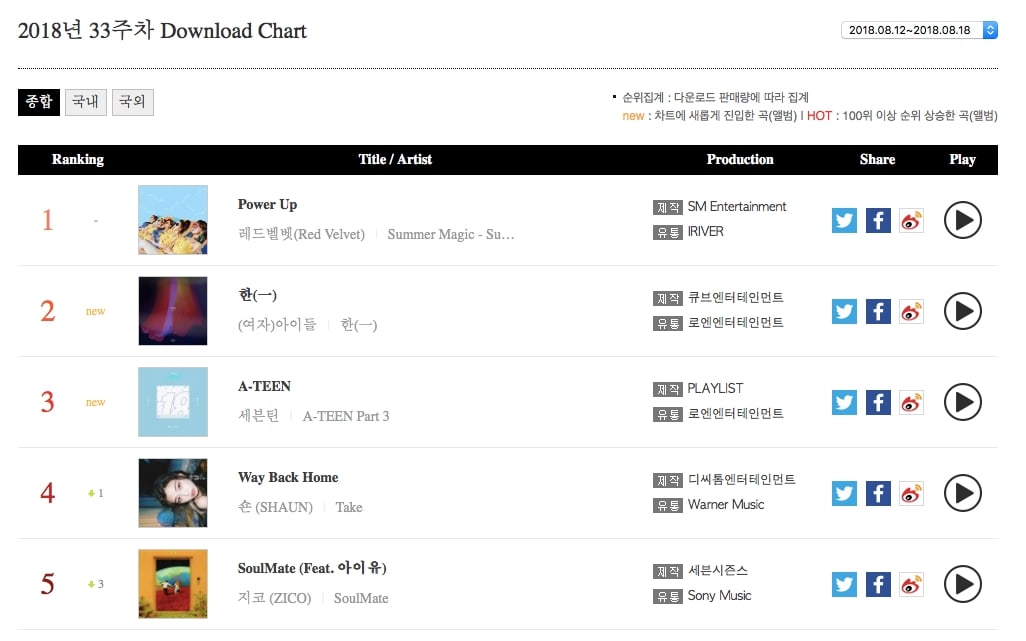 (G)I-DLE’s “HANN” also debuted at the top of the social chart this week, followed by BTS’s “Fake Love” at No. 2 and TWICE’s “Dance the Night Away” at No. 3. BTS’s “DNA” maintained its position at No. 4, with MOMOLAND’s “BAAM” claiming No. 5 for the week. 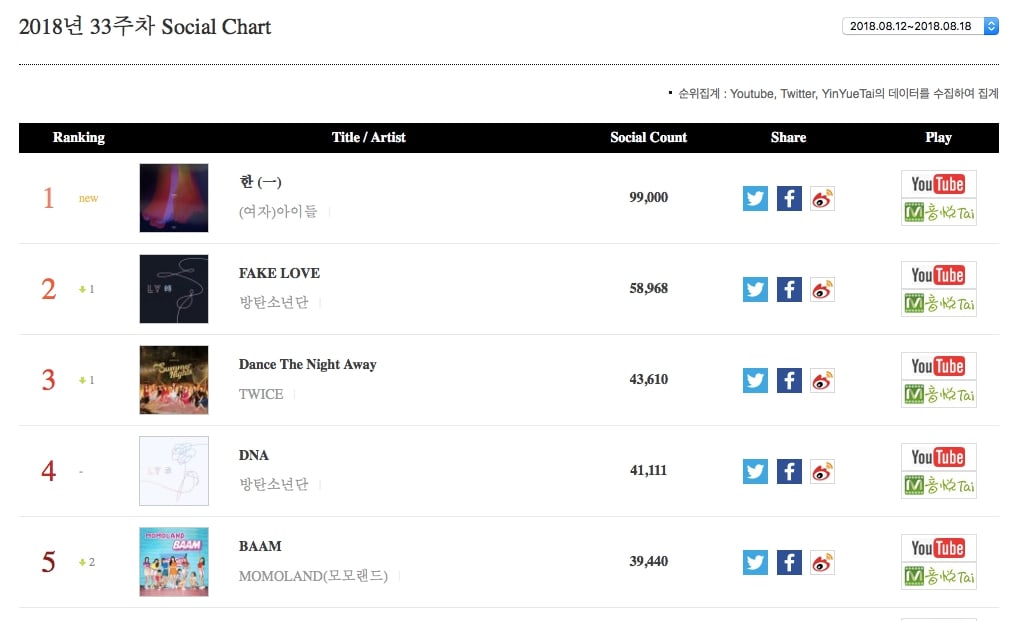 Notably, there were no changes in the top five of the streaming chart since last week—Shaun’s “Way Back Home” held onto its spot at No. 1, with Red Velvet’s “Power Up” at No. 2, TWICE’s “Dance the Night Away” at No. 3, BLACKPINK’s “DDU-DU DDU-DU” at No. 4, and Zico’s “SoulMate” at No. 5 for the second week in a row. 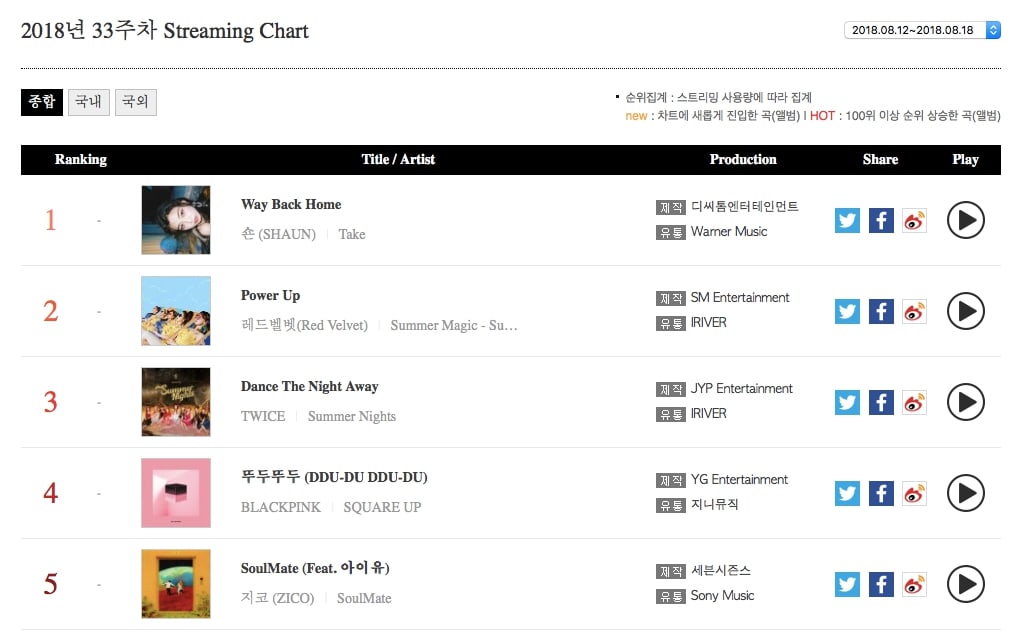