Many idols are expected to pull off a variety of concepts, ranging from “girl crush” to innocent, from dark and mysterious to bubbly and bright. Whether it be on stage, in a music video, acting in a drama, or during guest appearances on variety shows, certain idols are able to slip in and out of each concept as if wearing a second skin. These idols often add their own unique color to the group’s overall image as well.

Here are nine female idols born in 1996 who pull off both cute and sexy with their own distinctive charm and flair.

Born in September 1996, Joy debuted as a member of Red Velvet in 2014. Though she first gained attention for her cute looks, she proved that she was more than just a cute face as she and the other Red Velvet members became known for their signature array of diverse concepts. 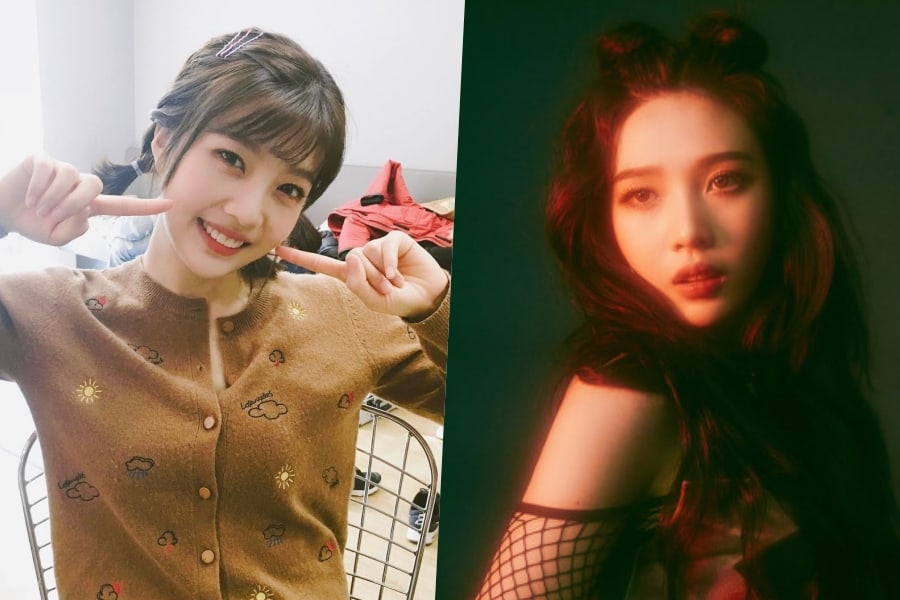 Jennie was born in January 1996, and she debuted in 2016 with the rest of the BLACKPINK members. She immediately captured fans’ hearts with her charismatic stage presence and sexiness, and she was also noticed for her impeccable fashion sense. Thanks to her other activities, her cute, real-life personality shone through as well, such as her adorable reactions to a haunted house and guessing games on the SBS variety show “Running Man.” 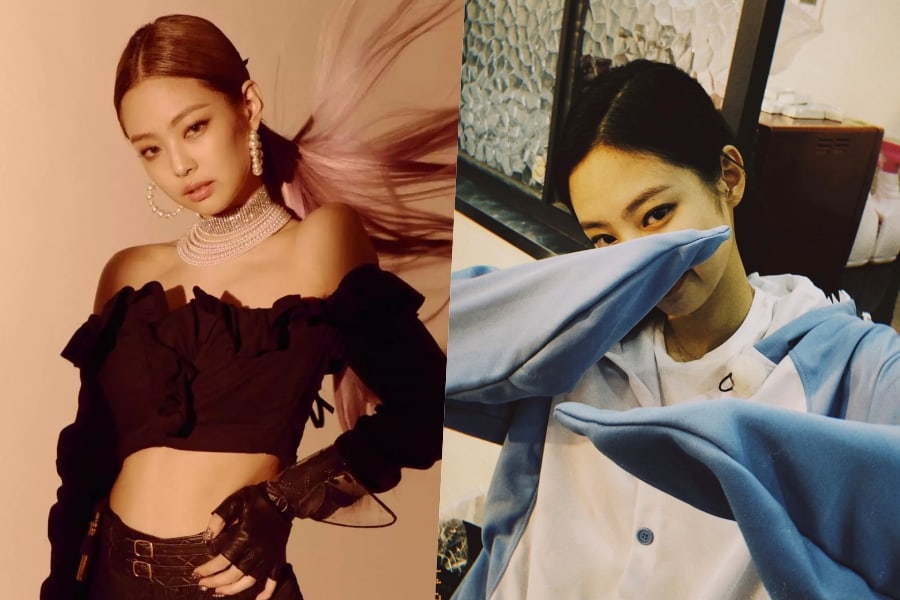 The former I.O.I member and current gugudan member was born in August 1996 and debuted in 2016. Though she’s known for her famously easygoing personality, she is able to convey a variety of concepts on stage, whether it be an aura of sexiness or the most adorable poses. 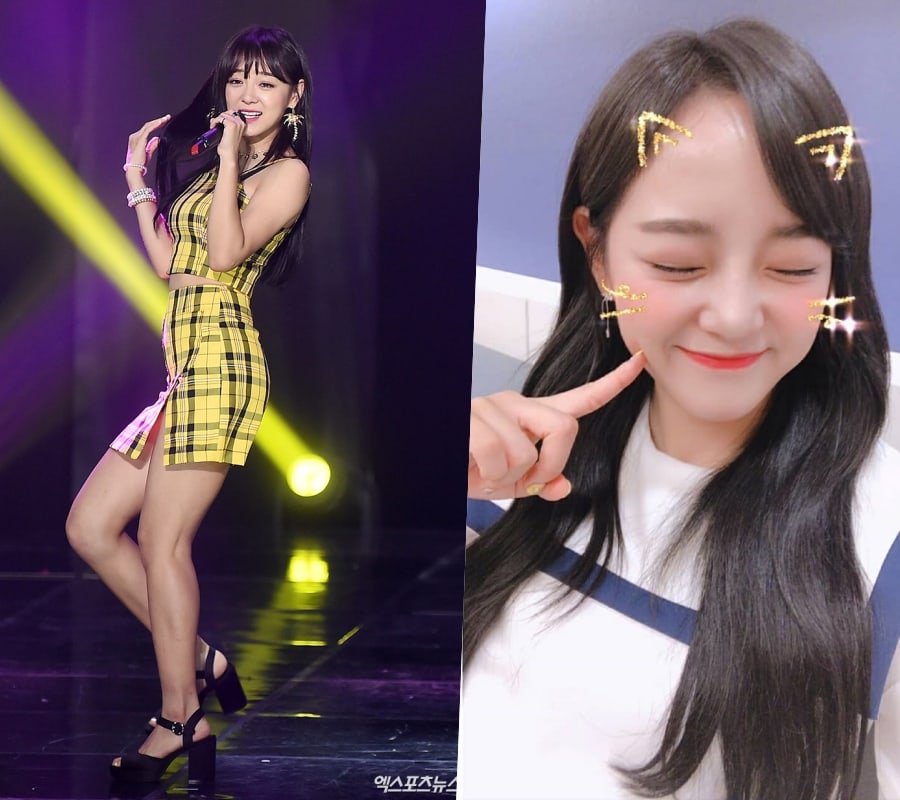 Born in December 1996, Sana received a lot of love even before her debut as a member of TWICE, through her appearance on the Mnet reality show “SIXTEEN.” She eventually gained even more fans with her legendary “shy shy shy” part in TWICE’s “Cheer Up.” Since then, she has shown that she can pull off other concepts as well. 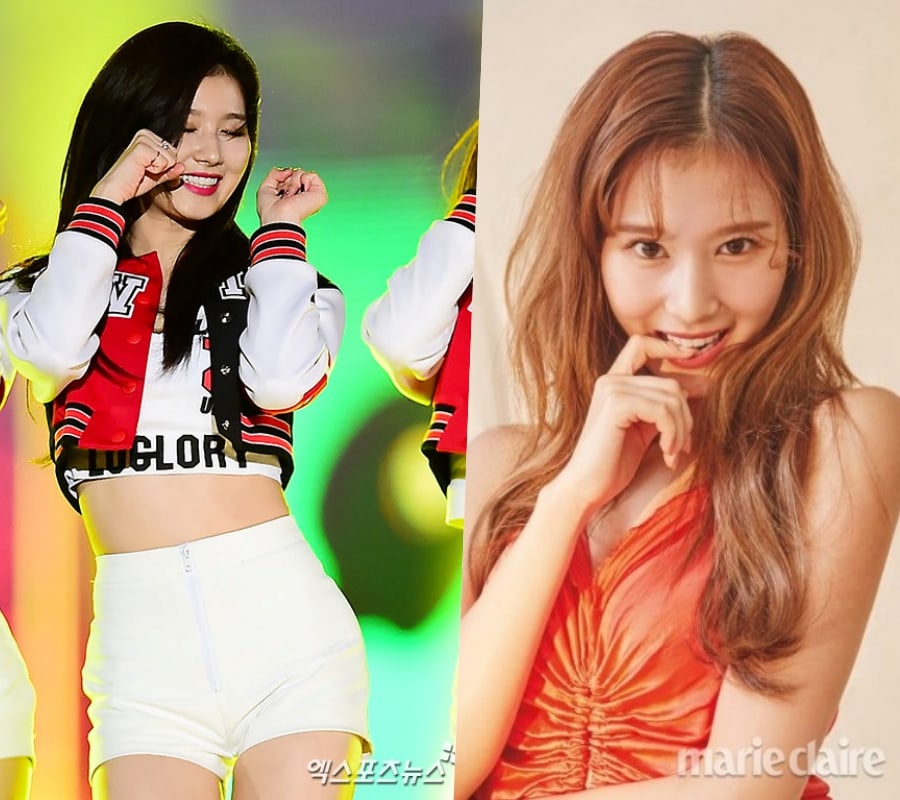 The former I.O.I member was born in February of 1996, and since her debut, she has become an idol known for her detailed, powerful dance moves. With I.O.I, she showed off her cute side through the group’s adorable choreography, and as a solo artist, she has pulled off every strong, charismatic, sexy dance to come her way. 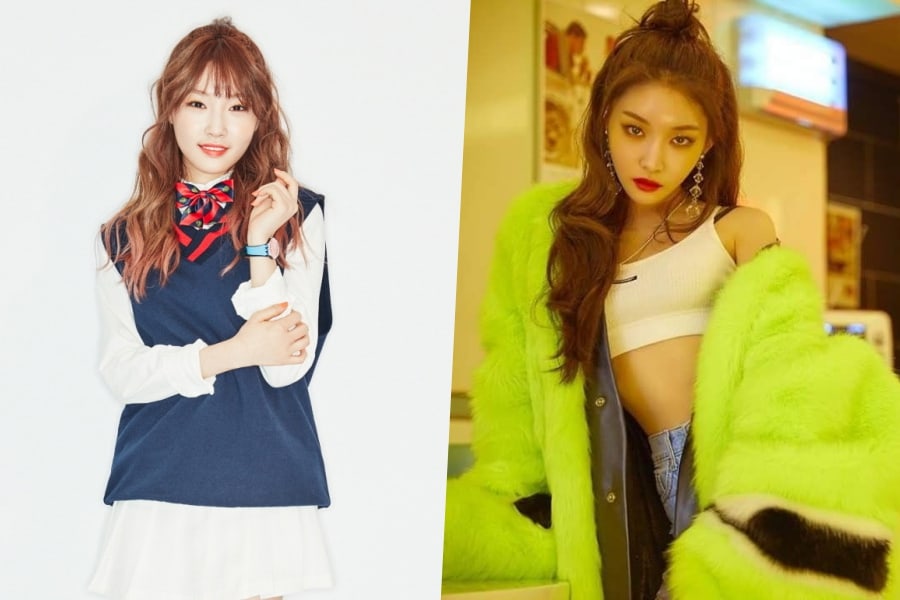 Hayoung was born in July 1996, and she debuted in 2011 with Apink. With the group’s many bright, bubbly concepts over the years, Hayoung has shown a wide array of different types of cuteness. Throughout her seven-year career, she has also taken on many other images, through variety show appearances as well as acting. 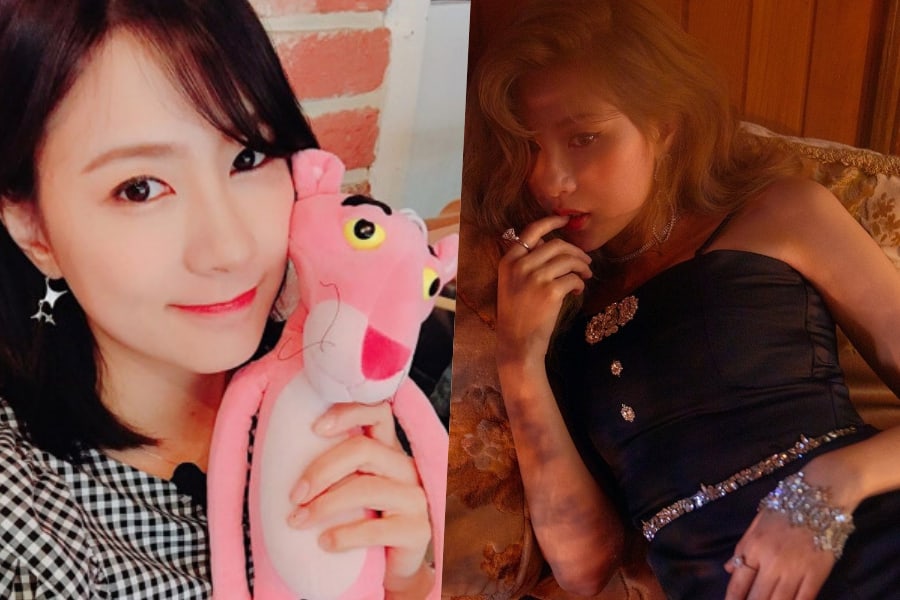 The leader of CLC was born in November 1996, and she debuted in 2015. She has been quite active over the past three years, as CLC has promoted and released numerous albums in both Korea and Japan. The group started off with a cuter, more innocent image, but has slowly evolved into a charismatic group with a sexier vibe. 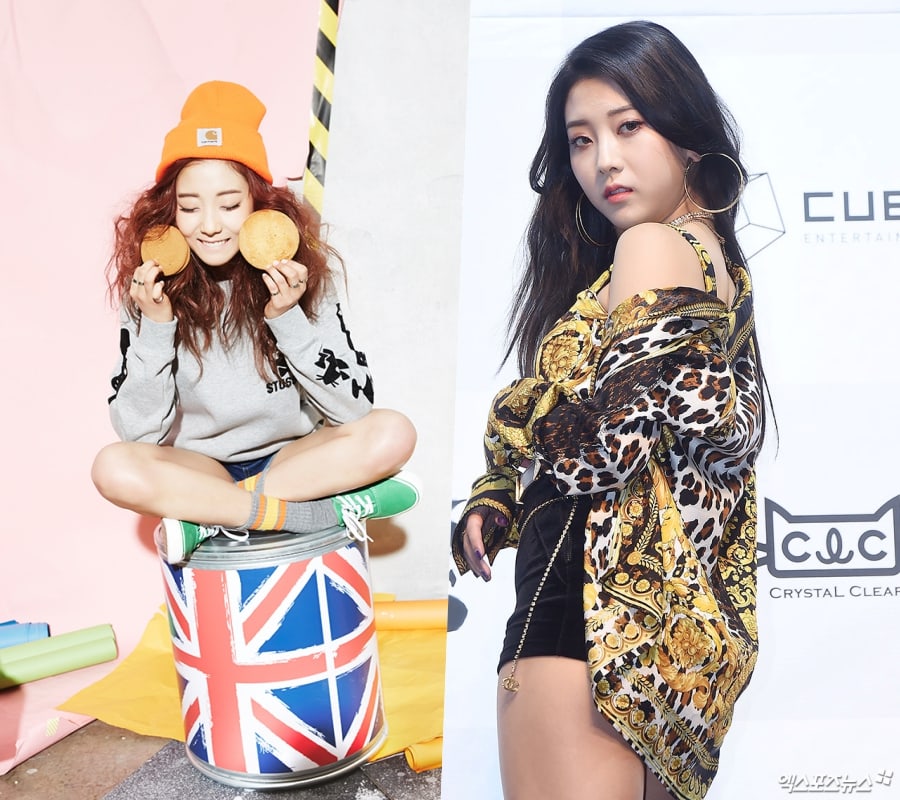 Born in August 1996, Somin is one of two female members of the co-ed group KARD. Prior to KARD, she was quite active in the music industry, having been a part of Puretty as well as April. Now a member of KARD, she has mastered a variety of concepts, from cute to innocent to sexy, which have no doubt contributed to her and KARD finding their signature sound. 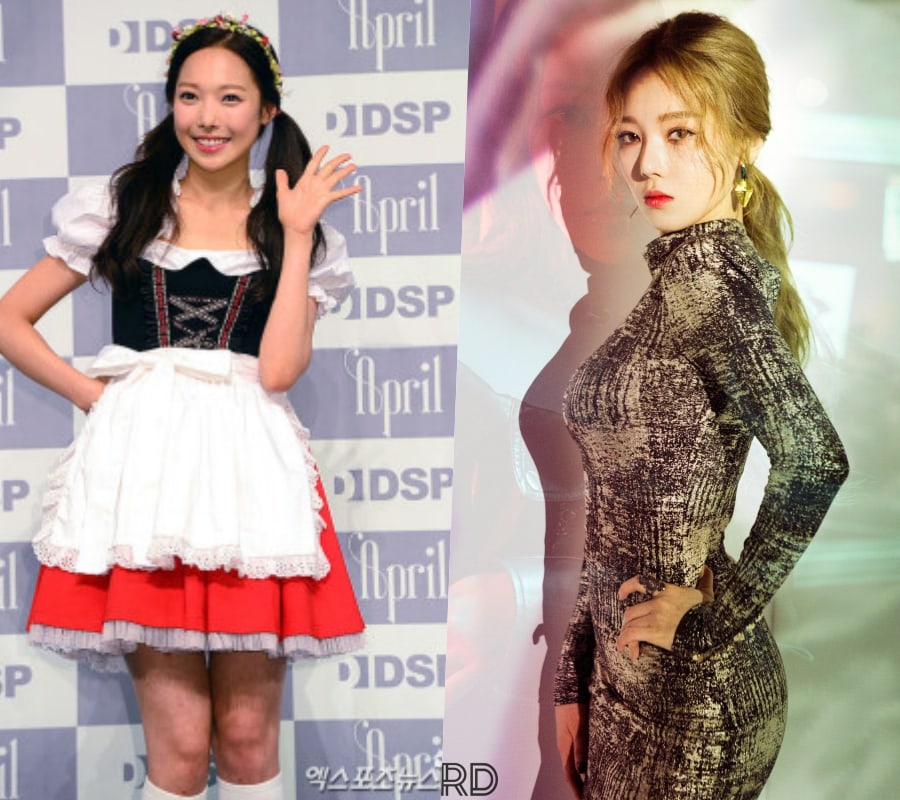 Euijin was born in October 1996. She debuted as a member of SONAMOO in 2014 and joined project group UNI.T in 2018 after finishing first on KBS’s idol rebooting project “The Unit.” Over the years, Euijin has undoubtedly proven her skills and ability to display both cute charm as well as sexiness. 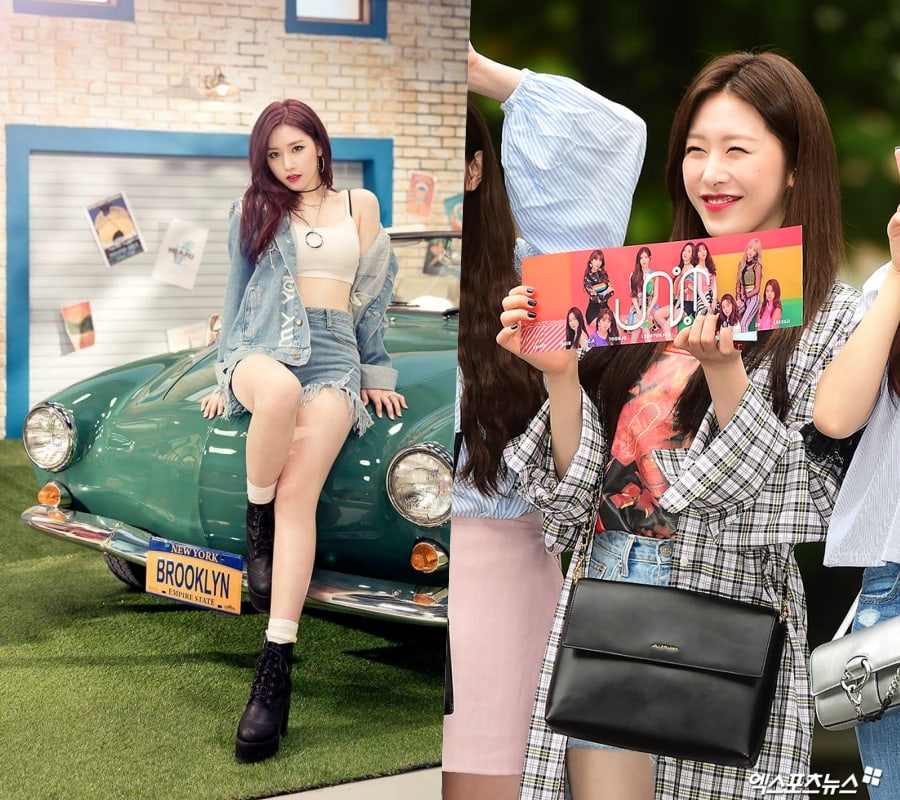