MONSTA X concluded their world tour with a memorable encore concert in Seoul.

On August 25, MONSTA X held the first day of their encore concert at the SK Olympic Handball Gymnasium for their world tour “The Connect.”

The concert lasted for about three hours, and the boy group performed about 24 songs for 5,000 fans at the venue. This world tour began in May at the Jangchung Arena in Seoul and continued onto 20 cities and 25 concerts in Europe, Asia, North America, and South America. 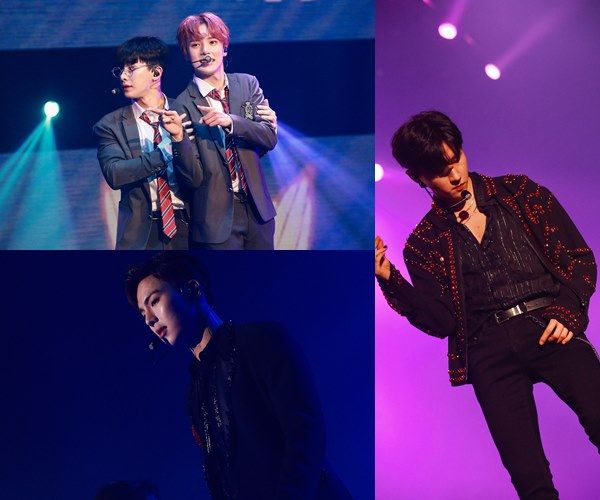 Talking about their careful planning behind the setlist, Kihyun said, “We hoped that the fans wouldn’t feel our absence [in Korea] from the tour.”

During the encore stage, the fans cheered loudly for the group and requested an encore of “Fallin'” three times. After stating, “We exist because of Monbebes,” MONSTA X wrapped up the night with a performance of “5:14.”

Wonho commented, “I hope the concert is fun. We’ve been continuing to perform, but after hearing that we would be doing it again in Korea, I kept looking forward to it, and time wouldn’t go by fast enough. It was hard to wait for it, so it must’ve been hard for Monbebes to wait. I hope it’s fun for Monbebes.”

Minhyuk said, “Last time, I said thank you for making my 26th year special, but I also feel special again today. You make me think that I’m receiving love no matter what I do. I wondered who will love me besides my family, parents, and friends, but it’s nice that MONSTA X and Monbebes can love each other. I will now become Minhyuk who can make you guys feel special.”

I.M added, “Although we didn’t have a lot of time and busily prepared for it, the one reason why I could endure it was because of Monbebes. When I was asked what Monbebes meant to me during a U.S. interview, I said, ‘Everything.’ Let’s be together for a long time. I want to become a singer who continues to grow.”

Kihyun commented, “Monbebes are everything. My life is becoming more adjusted to Monbebes. When I dye my hair, I first think about what Monbebes would like. For this concert’s songs, cue sheet, videos, and format, I prepared for it while thinking about Monbebes.” He concluded, “I will continue to become MONSTA X and Kihyun who always gives you joy.”

Hyungwon stated, “There were many scheduled events and things to do, but I gather strength and bear through it because of all of you. The reason why we could make it over three years is thanks to you guys. When I go on the fan cafe or see you guys cheering us on, I get a lot of strength. I hope all of you will continue to cheer us on a lot like this. While working hard, we talk a lot amongst ourselves to show all of you new, good things. We’re in the middle of our tour, but we’re also working on songs.”

Shownu added, “We came to do a concert in Korea for the first time in a while, so it’s really fun. Thank you for having a lot of fun, cheering, and showing that you are touched with your gazes. We will become MONSTA X who moves you.” 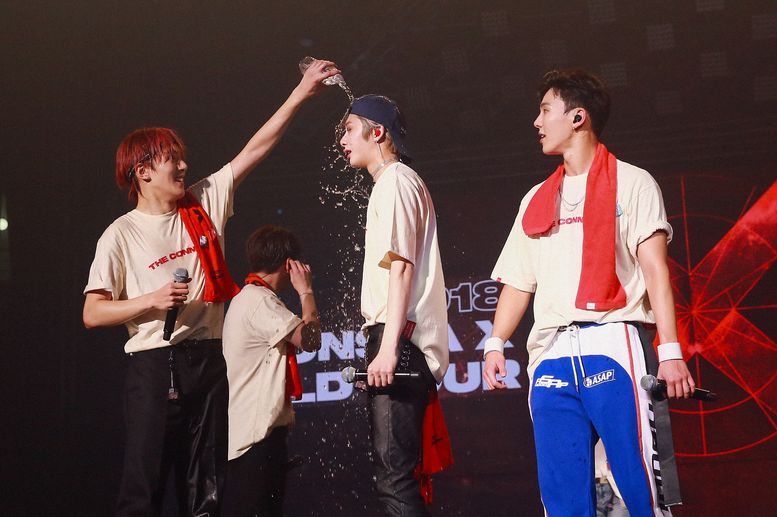 MONSTA X will continue their promotions for this year with solo and group comebacks. About the release of his solo single on August 31, Jooheon said, “The songs that you all have been waiting for will be released. The main song will feel different. I wrote down how I felt about the memories with all of you. As an idol, I’ve received so much from fans, so I wrote it all down.” He then gave fans a spoiler by singing a line from his upcoming track.

The other members also said that they were working hard on new songs. “We will make Monbebes so busy that you guys can’t rest,” promised MONSTA X. 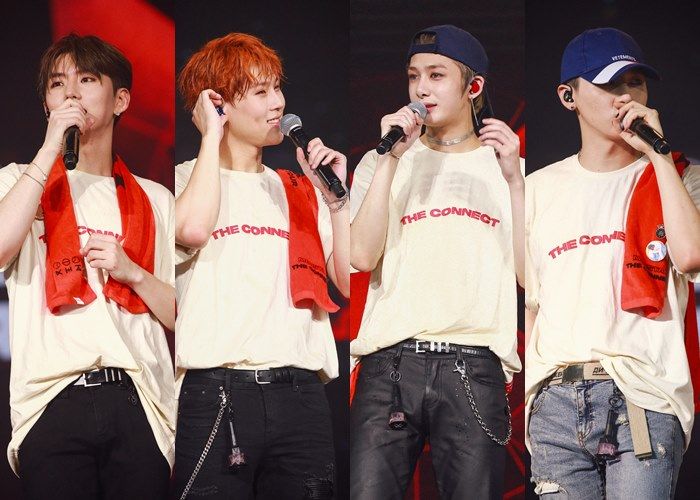