gugudan’s Kim Sejeong candidly opened up about not knowing how to share her burdens in an emotional episode of tvN’s “Galileo: Awakened Universe.”

All of the cast members were struggling with the isolation that came with staying in base camp. With no one to rely on but each other, the cast members opened up to each other and shared stories about their time so far. While talking about unexpectedly crying while thinking about her mother before, Kim Sejeong confessed that she hadn’t realized just how tired and worn out she was feeling.

Kim Byung Man said, “It saddens me to see you trying to get through tough times on your own and hiding how much you’re struggling,” and expressed his hope for Kim Sejeong to only carry a burden that is normal for someone her age. Ha Ji Won added, “I feel the same way, and I feel like you always try to shoulder all of the responsibilities yourself and try not to share that burden. You should look out for yourself, first and foremost.”

Hearing these words, Kim Sejeong confessed, “I don’t know how to do that. The people who see me on TV, they’re kids and through seeing me, they dream happy dreams. So I only want to show them happy things and I feel so stuck in that mindset. But I don’t know how to put down that sense of responsibility.” 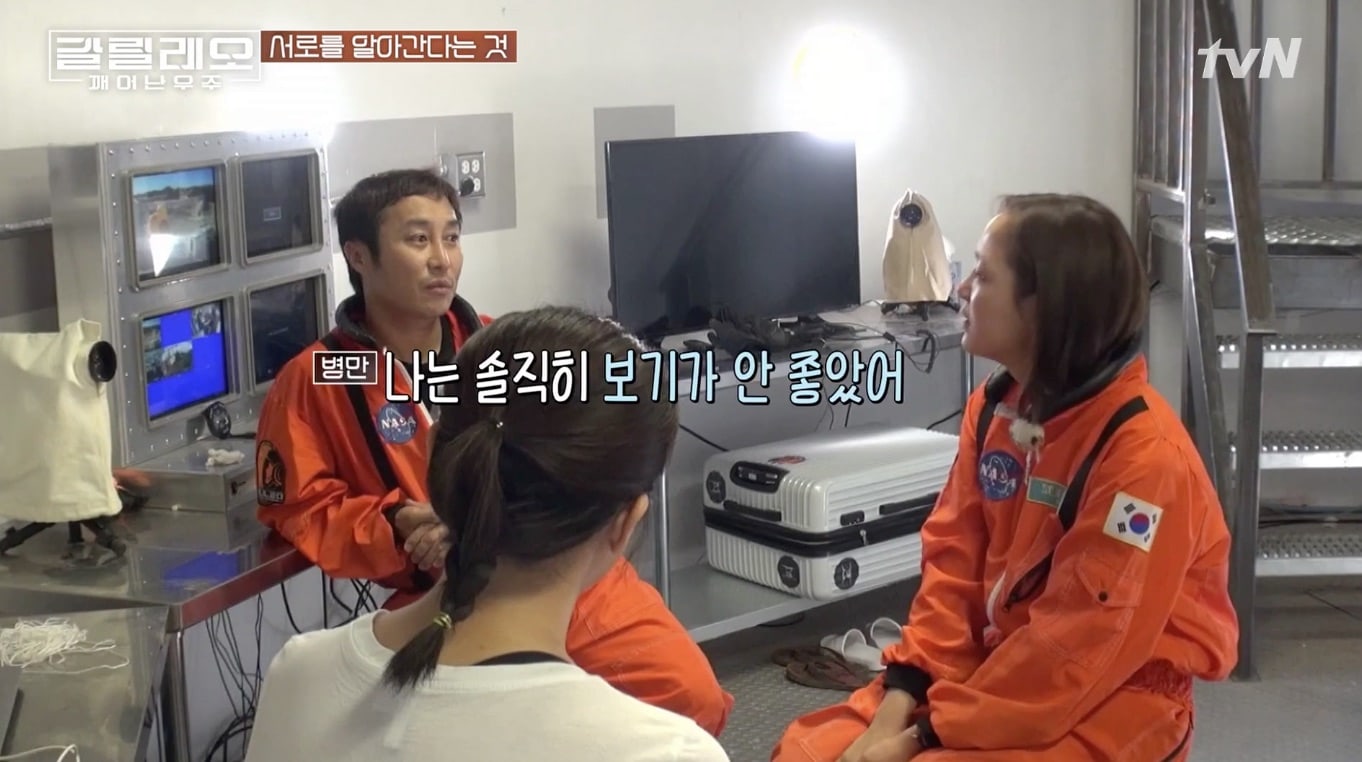 Later on, the cast members received messages of support from their loved ones, and Kim Sejeong was deeply moved by the video message she received from her mother. Her mother said, “I think the time we spend apart can be an opportunity for us to look back on ourselves. I’m not worried about you. I’m so proud of you and I’m grateful you came into this world as my daughter.” 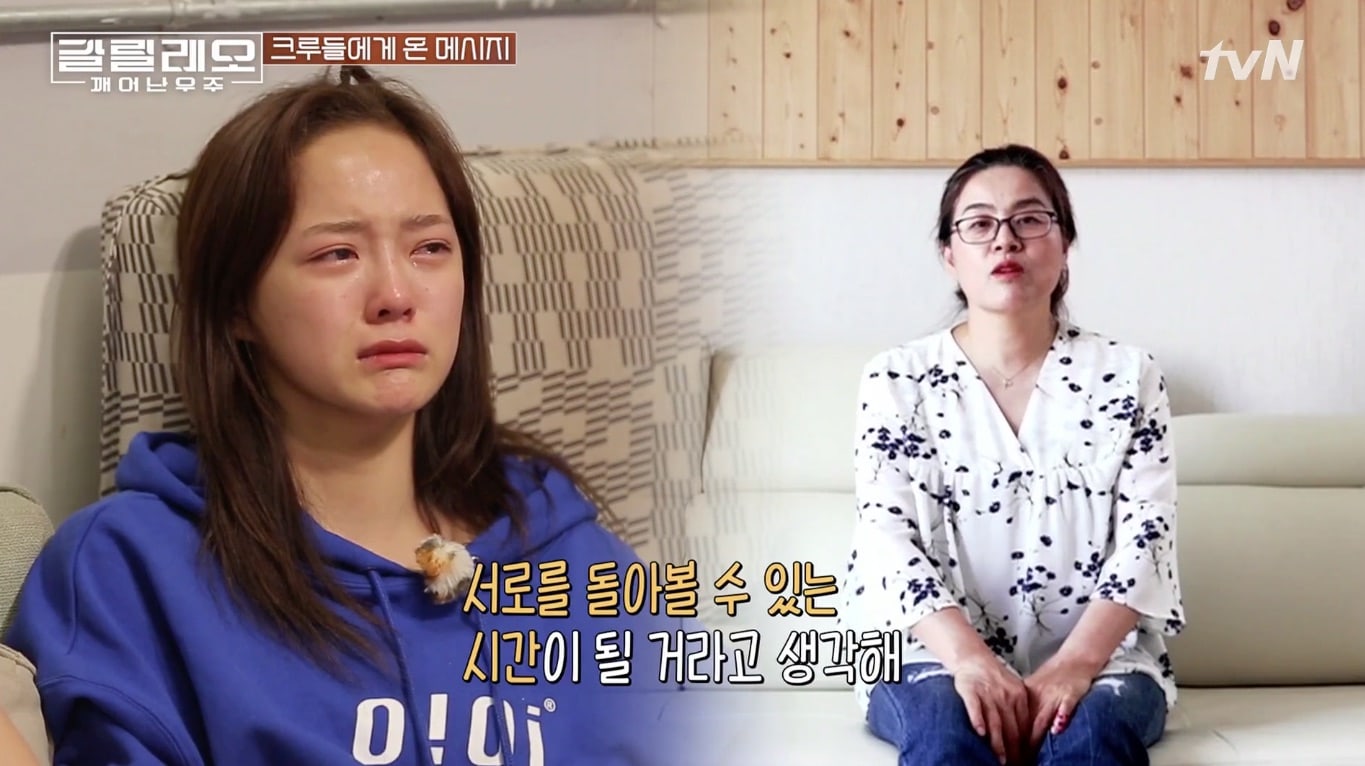 Seeing her mother filled Kim Sejeong with many emotions, and she left the room to compose herself. Ha Ji Won followed her and held Kim Sejeong as she opened up. She said, “From when I was young, I could see that my mom was having such a hard time, so I tried to never act out or be childish around her. I still don’t. I’m sure that my mom feels worried about having to be apart from me. So I don’t want to cause her even more concern by complaining or acting childish.” Kim Sejeong confessed, “But because of that, I don’t know who to turn to [during hard times].”

Ha Ji Won told Kim Sejeong to call her when they return back to Seoul and the idol needed someone to talk to. She said, “Seeing you cry actually puts my mind at ease, because it finally feels like I’m looking at someone your age. You’re so mature that it surprises me sometimes.” 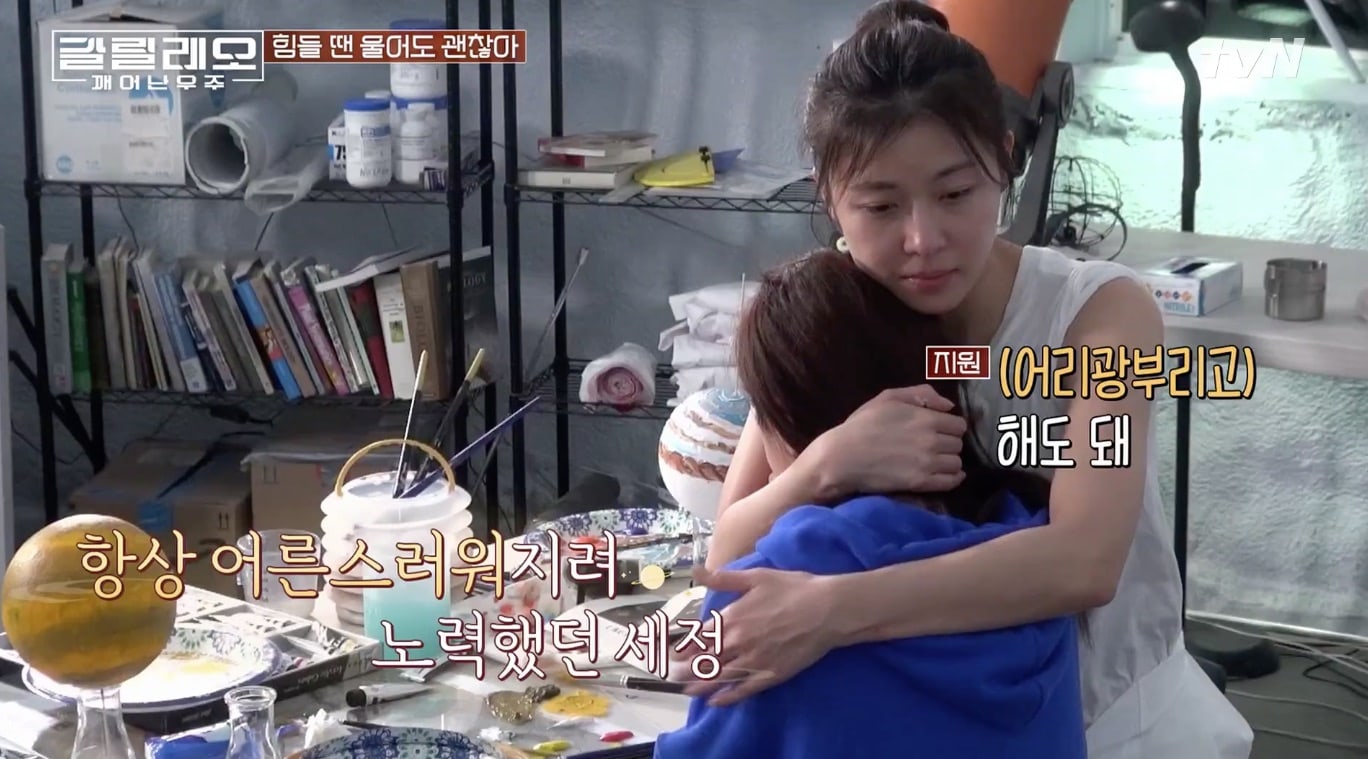 She also opened up about her own struggles as she said, “I’ve also been told that I look like someone who shoulders a lot of responsibility on my shoulders. My seniors would tell me that the world won’t change just because I put a little bit of that burden down. Even just thinking that can help your shoulders feel less heavy. You’re doing so well right now, I’m sure you’ll keep doing well.”

Ha Ji Won concluded by saying, “I think it’s good to air out your concerns. Even if the person listening can’t solve your problem, even just talking about it can be a source of comfort.”