Based on the popular webtoon of the same name, “Dokgo Rewind” is a film about three boys from very different backgrounds who join forces in a vicious battle against school violence. EXO’s Sehun will star as the fearless Kang Hyuk, who is on a mission to avenge his older brother’s death at the hands of high school bullies.

On August 27, the web film revealed its main poster, which features Sehun in his starring role as Kang Hyuk, along with Ahn Bo Hyun as the accomplished wrestler Pyo Tae Jin, gugudan’s Mina as the young high school student Kim Hyun Sun, and Cho Byung Kyu as the reformed delinquent Kim Jong Il.

The poster also describes the film as a “stylish action mobile movie about the toughest guys.” 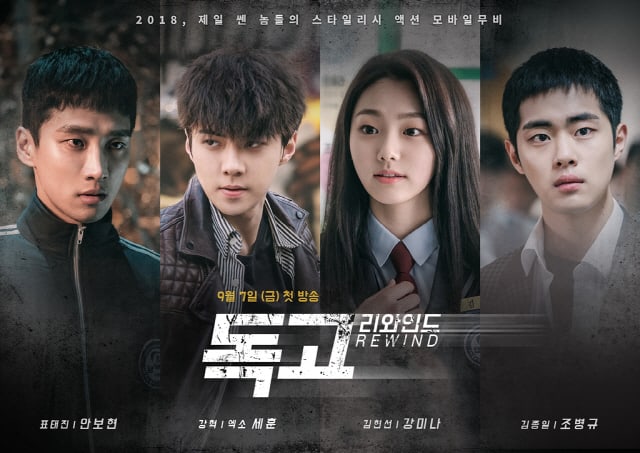 Meanwhile, Sehun’s individual posters show Kang Hyuk looking fierce in the rain. The second poster’s caption introduces the character as “Dokgo, the poisonous drum. Everyone who hears the sound of that drum dies.” 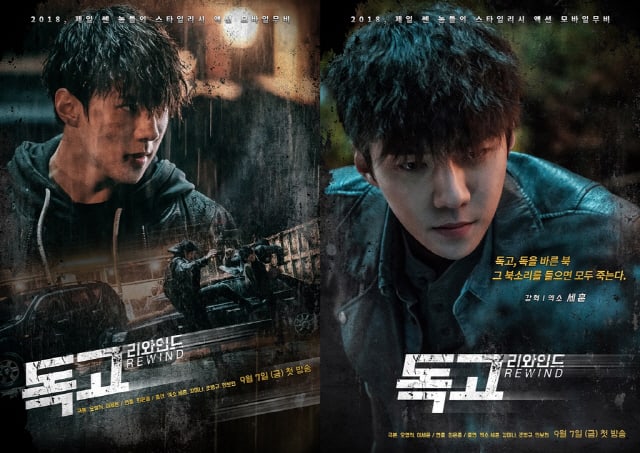 According to the producers of “Dokgo Rewind,” the posters feature photos that were taken on set during filming, which makes them an accurate representation of what viewers can expect from the upcoming film.

“Dokgo Rewind” will be released on September 7 through Kakao Page and oksusu. In the meantime, check out the teaser for the web film here!