In a recent pictorial and interview for Singles Magazine, Girls’ Generation’s Hyoyeon took a look back at her accomplished career.

The idol made a solo comeback earlier this year as DJ HYO, when she released the EDM track “Sober,” and has since begun actively promoting as a DJ. Hyoyeon shared that it had been incredibly rewarding to take on the new challenge, explaining, “I’m well-known for being a good dancer in my group and for my easygoing image, but I wanted to show people my identity as the person named Hyoyeon. The feedback I receive while promoting as a DJ makes me a deeper and more unique person.” 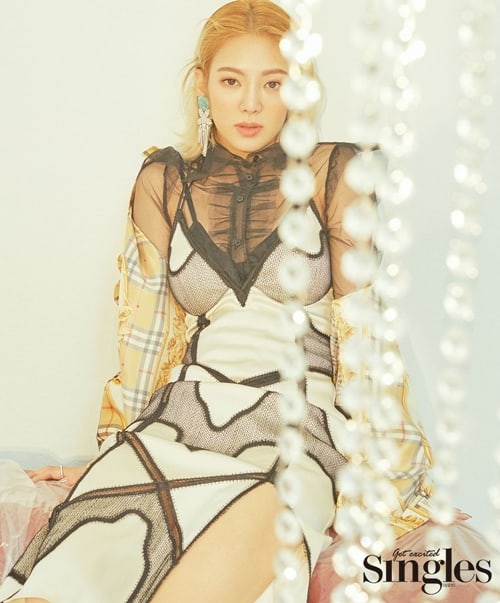 The Girls’ Generation member remained upbeat and energetic throughout the photo shoot, and she mentioned that she personally believed in being as pleasant as possible while on the clock. “I receive positive energy from the people around me,” she said. “While working, there are times when things don’t go well or when you become frustrated. When those things happen, I’m not the type to voice complaints about it. I try to do things as joyfully as possible.”

She went on, “Since everyone around me is like that, things are always lively, whether on stage or during broadcasts. All the people around me bring me happiness.”

Hyoyeon also shared her thoughts on what she considered her secret to maintaining a highly active career for the past 11 years. “I think the reason that I was able to plow forward without resting [for so long] was because, a long time ago, I endured a seven-year training period. That time, which I spent focusing entirely on myself, made it possible for Girls’ Generation to last for 10 years [and more].”

She added, “As time goes on, I actually find the public’s interest [in me] less burdensome. I find it fun to show myself [to the public] and to share the things I like. On the other hand, I’ve developed a sense of responsibility that makes me want to live a more upstanding life.” 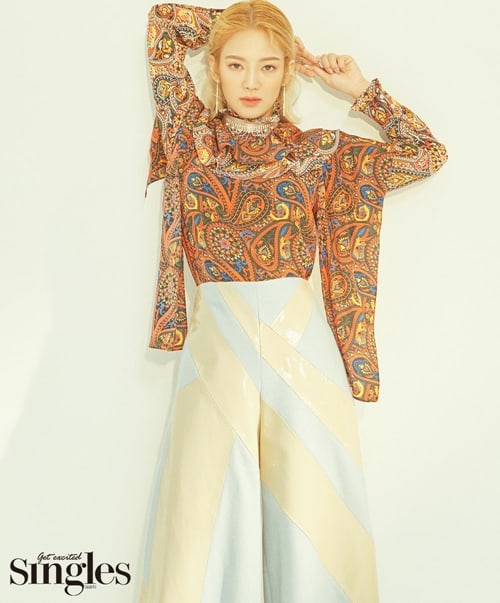 Girls’ Generation recently announced the creation of the new unit group Oh!GG, which will consist of Hyoyeon, Taeyeon, YoonA, Sunny, and Yuri. The unit’s first single, “Lil’ Touch,” will be released on September 5 at 6 p.m. KST. Check out their latest teasers here!