Actresses and best friends So Yi Hyun, Hong Ji Min, and Jung Ae Yeon appeared on the August 30 broadcast of tvN’s “Life Bar,” sharing drinks and stories with the hosts.

So Yi Hyun, who now has two little girls with her husband In Gyo Jin, revealed that both of her pregnancies were unplanned. 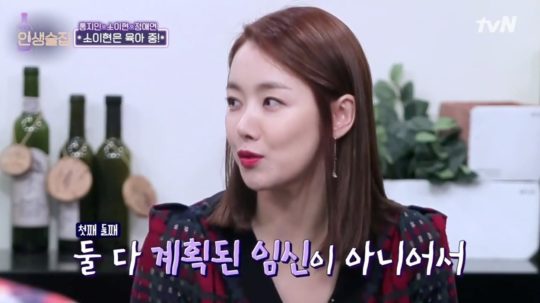 Moreover, the actress found out she was pregnant with her first on the day that she was to sign a contract for a new drama. She said, “It was the day I was going to sign a drama contract, and I felt really strange. I was out in the morning to eat with my husband, and when our potato pancakes (gamjajeon) came out, I felt a little sick. I couldn’t eat anything that we ordered, and I ate rice mixed with red pepper paste and sliced peppers. My husband said that I should try taking a pregnancy test, and then when it came out positive, I called my agency.”

She continued, “On one hand, I was so thankful, but there was a project that I had agreed to do. I apologized to my agency [saying I couldn’t do it]. But my husband was so happy. And I was really happy when I found out about our oldest, too. No dramas or anything mattered to me, and I was just so thankful.” 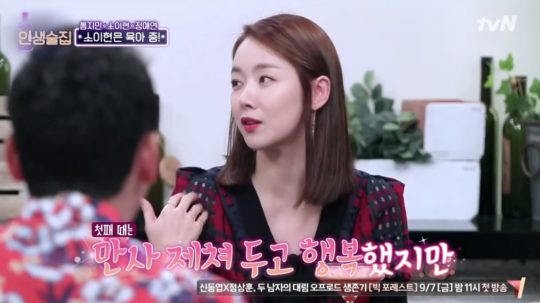 “But for my second,” said So Yi Hyun, “it was such a surprise that I cried. I had an advertisement contract and [other work] lined up.” She added that she was starting to miss acting. “With the pregnancies and childbirths, it has turned into a three-year hiatus, and I’m starting to crave acting. I love my kids, but I still miss my work and my career.”

The actress revealed that her and her husband’s decision to open up their lives, home, and children to the public through “Same Bed Different Dreams” took several months. She said, “I was thinking we shouldn’t do it, but I wanted the opportunity for my husband. He’s so charming and fun, and he’s someone who people could easily fall in love with. The fact that no one really knew this other side of him was such a shame, so I decided to go for it with the mindset of introducing my husband to everyone.” 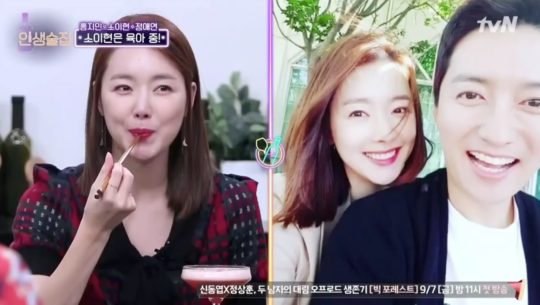 So Yi Hyun
Life Bar
How does this article make you feel?