In a newly released preview for OCN’s caper drama “Player,” Song Seung Heon and f(x)’s Krystal go on the run in style!

On August 31, the upcoming heist drama revealed its main teaser clip, along with the stylish main posters of its four leads.

Song Seung Heon will be starring as the slick con artist Kang Ha Ri, who heads an elite team of four criminals that join forces to steal dirty money obtained through illegal means. f(x)’s Krystal will star as Cha Ah Ryung, a talented driver who grew up on the streets, while Lee Si Eon will play the brilliant hacker Lim Byung Min. Tae Won Suk, who brandishes a large dumbbell in one of the posters, will round out the team as the top-notch fighter Do Jin Woong.

The teaser clip kicks off with the team relaxing by the pool of a luxurious house, before Kang Ha Ri arrives triumphantly with a bag of cash. However, their celebration is short-lived, as a pair of security guards arrives on the scene shortly afterwards.

With the incredibly strong Do Jin Woong holding off the two security guards all by himself, the three other teammates make a cool and collected exit as the voice-over announces, “The guys who mess around above the heads of the rich have arrived. Money, steal, action—’Player.'”

The team then reunites in the car, where Lim Byung Min notices the wine glass in Kang Ha Ri’s hand and asks in surprise, “Hey, Ha Ri, where did you get that from?” An unfazed Kang Ha Ri replies, “It’s what I was drinking earlier,” before telling Cha Ah Ryung with a smile, “Go, go, go!” Cha Ah Ryung responds with a smile of her own, “We’re taking off!”

The producers of “Player” remarked, “When the four players gather in one spot, they naturally create a fun atmosphere. Thanks to the chemistry between Song Seung Heon, Jung Soo Jung [Krystal’s given name], Lee Si Eon, and Tae Won Suk, we were able to create cool images.”

They continued, “We ask that you show a lot of interest and support for the players, who will portray a refreshing story with a twist.”

“Player” will premiere on September 29 at 10 p.m. KST. In the meantime, check out the new preview and posters for the drama below! 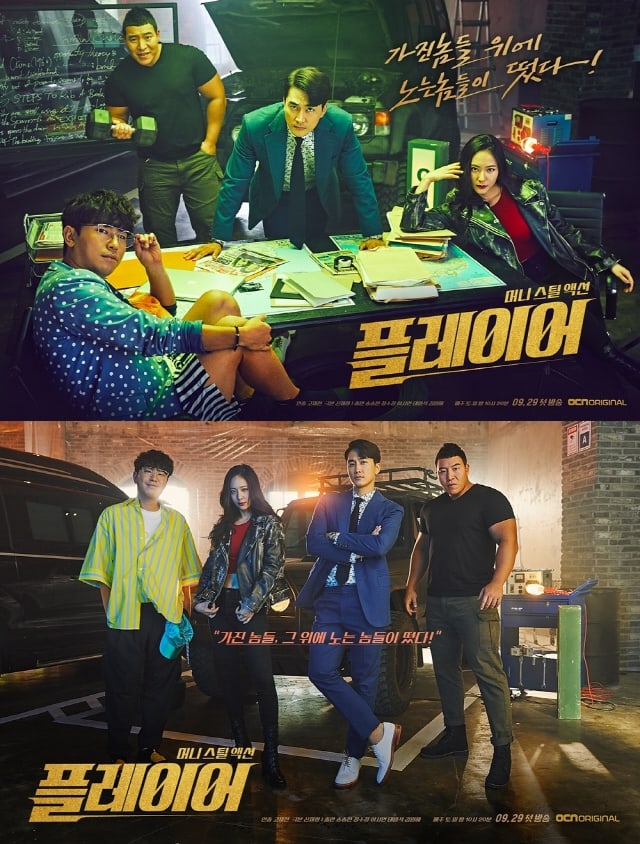 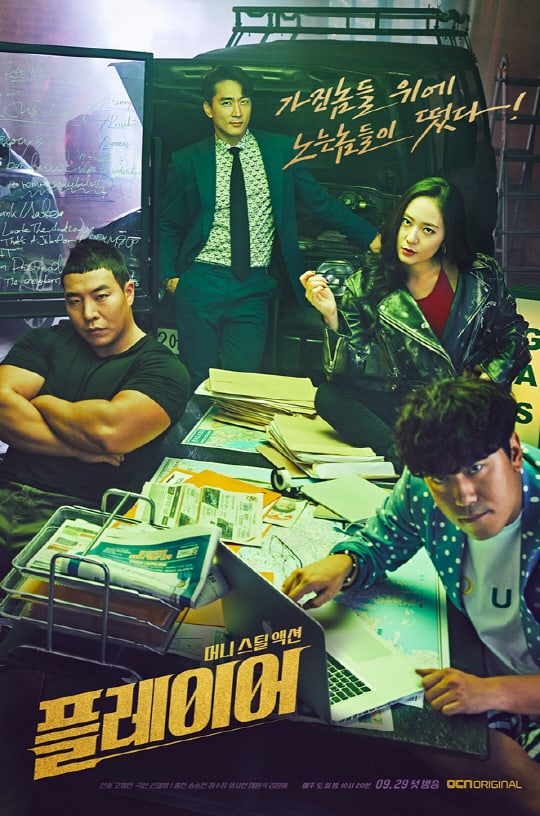 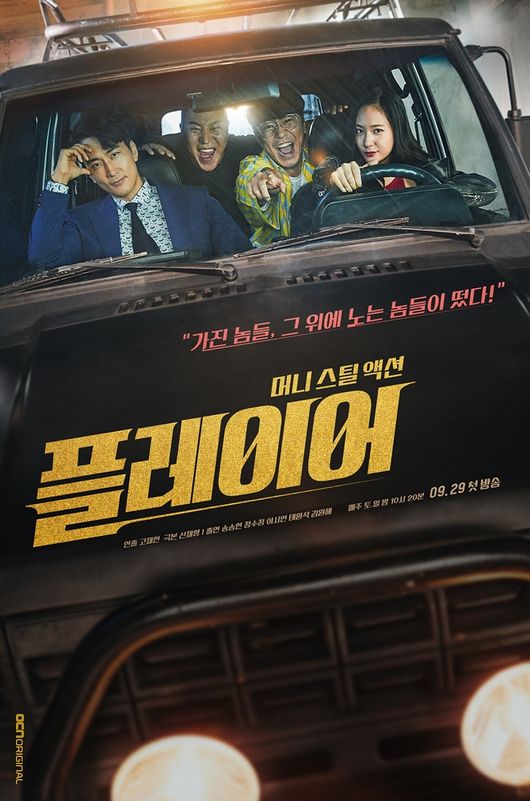