The rankings were determined through a data analysis of the media coverage, participation, interaction, and community indexes of 100 actors who appeared in dramas that aired between August 2 and September 1.

Check out the top 30 for September below! 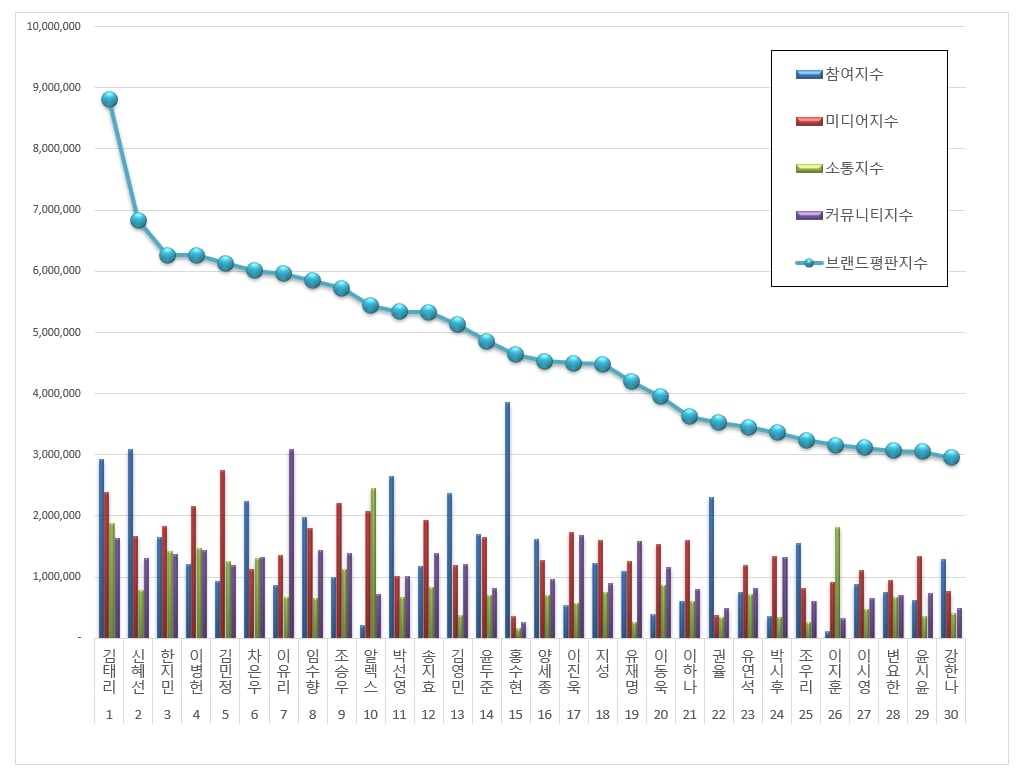