The cast of SBS’s “Running Man” played a hilarious game of truth or dare.

On September 2, the members had to end the game by finding the game’s secret. One of the missions required the members to reveal some secrets of their own.

After choosing “truth,” Lee Kwang Soo confidently stated, “There’s nothing I can’t say. The viewers are family.” He, however, froze when he saw that the question asked him to share embarrassing stories about him and women that Yoo Jae Suk knew about.

The actor then began to share his truth. He said, “I went to Yoo Jae Suk at night for some advice about a girl. [I said at the time,] ‘I think she has feelings for me and I currently like her as well.’ I went in front of his house and the two of us talked in the car.”

He continued, “Then, Yoo Jae Suk said, ‘Kwang Soo, if you don’t confess your feelings right now, you may lose her.’ The next day, [I sent her a text message saying,] ‘I think I like you. Do you want to try dating?’ She replied, ‘Kwang Soo, I think you’re misunderstanding something. We don’t have that kind of relationship. We’re colleagues.'”

After telling the story, Lee Kwang Soo pointed at Yoo Jae Suk saying, “This guy ruined my precious relationship. When I think back to that even now…”

The staff then asked Lee Kwang Soo if that was the only time he was rejected after confessing. Lee Kwang Soo asked in disbelief, “How much did he share?” Yoo Jae Suk replied, “Just tell the truth!”

Lee Kwang Soo continued, “Are you talking about that? The time when a woman who was having a fling with me was involved in a dating rumor? Is that what you’re talking about?”

Everyone burst into laughter and Yoo Jae Suk told him, “That’s not the one.” Lee Kwang Soo shouted, “You have to tell me what it is so I can say it.” Yoo Jae Suk protested, “I never said things like that!” 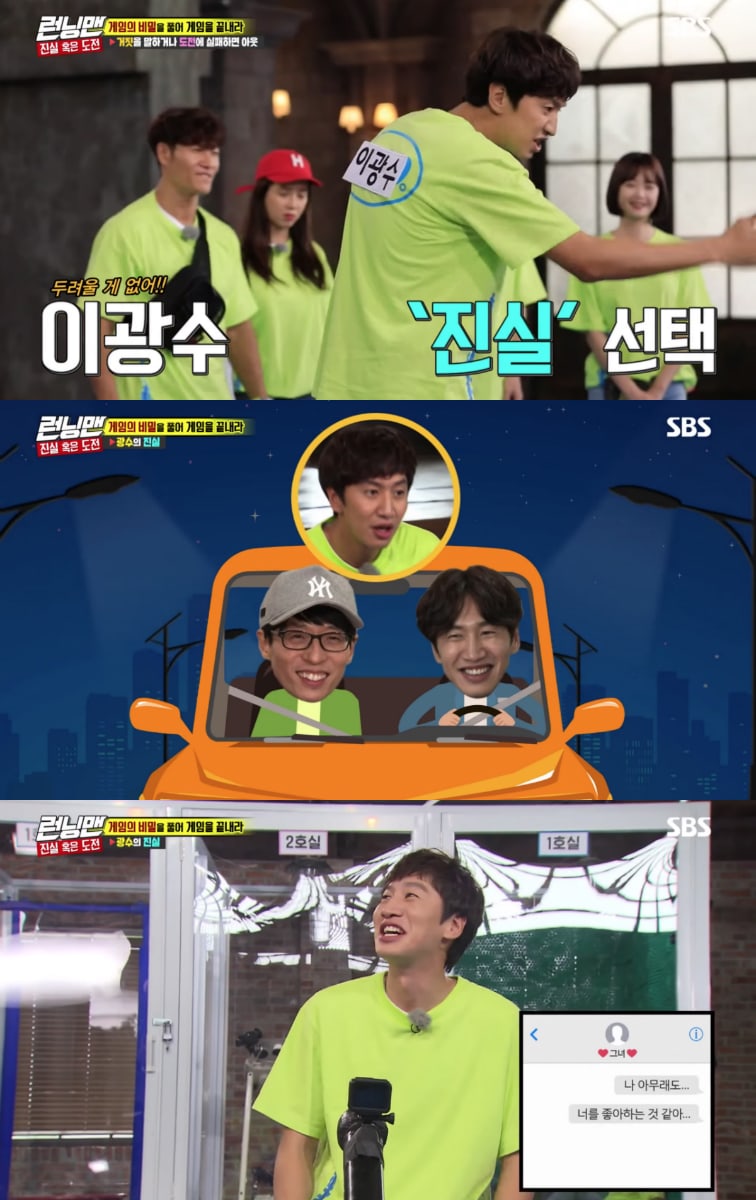