EXO’s Sehun is ready to steal some hearts in “Dokgo Rewind”!

The upcoming web film is based on a web comic series and follows three students from different paths of life as they work together to fight against school violence and bullying.

Sehun plays Kang Hyuk, who is out to avenge his brother Kang Hoo (also played by Sehun) who passed away because of school bullies.

The charisma Sehun shows onstage hints at the power he will demonstrate during his fight scenes as he takes on his enemies. New stills reveal Sehun’s dynamic yet disciplined movements as he kicks someone unseen.

In another photo, Sehun stares directly into the camera with a heavy expression that hides many things, hinting at Kang Hyuk’s complicated background. 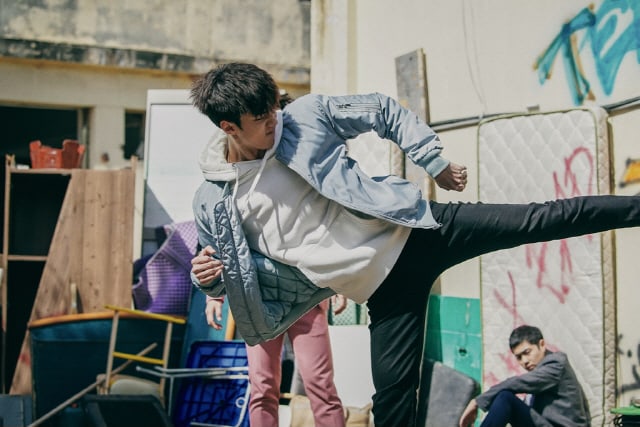 The film will be released on September 7. See Sehun’s in action in another preview for “Dokgo Rewind” here!