The production staff of OCN’s new Saturday-Sunday original drama “Player” has nothing but praise for f(x)’s Krystal (also known as Jung Soo Jung)!

Here are three reasons to look forward to her exciting new role: 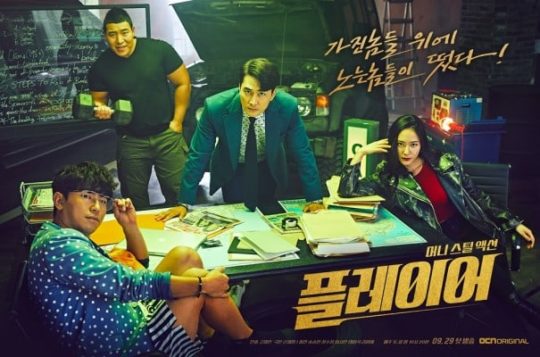 Although Krystal has taken on a variety of projects in her acting career, this is her first time in this specific kind of genre (heist). “I’ve always wanted to do a genre drama,” she said in a statement. Her passion for the project meant that she frequently talked with her co-stars and director about her character and the story arc.

She added, “I’ve been looking at other genre shows and comparing them and analyzing every part of the ‘Player’ script. I also practice a lot for the stunt scenes.” 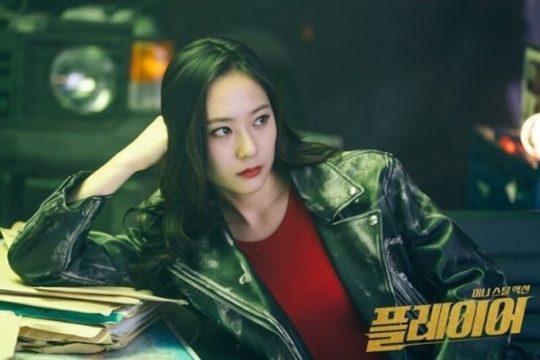 Of the four ‘players’ in the drama, Krystal’s character Ah Ryung is the only woman. However, she doesn’t lose to any of the other characters and makes viewers feel the force of her personality and many talents. She has a tragic backstory, having run away from an orphanage, and gained her skills by fending for herself on the streets. Ah Ryung isn’t afraid to be honest with the other players and will throw everything into getting what she wants. 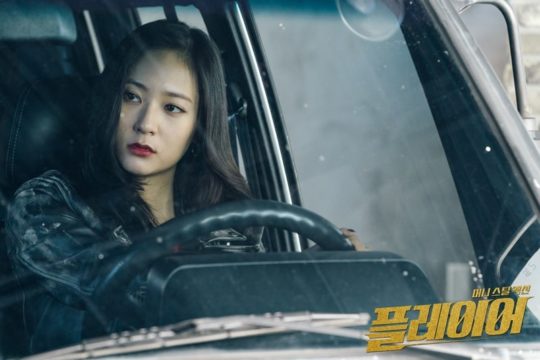 One of the highlights of the teasers for “Player” so far has been the car chase scene. Rather than worrying about the intense stunts, Krystal said, “I’m having a lot of fun filming. I’ve always enjoyed driving and I think it helped when it came to portraying Ah Ryung.”

“Player” is about a con man, driver, hacker, and fighter teaming up to steal dirty money from the rich and corrupt. The drama also stars Song Seung Heon, Lee Si Eon, and Tae Won Suk.

The drama premieres on September 29 at 10 p.m. KST. Check out the trailer here!

f(x)
Krystal
Player
How does this article make you feel?