“Real Men 300” is latest season in the reality show series, which features celebrities experiencing life in the military. It will include stars being evaluated to see if they can meet the standards required to become one of the army’s elite “300 warriors.” If they do, they will be named an “honorary 300 warrior.” Last month, the show began its first filming at the Korea Army Academy at Yeongcheon, with cast members including BLACKPINK’s Lisa, PENTAGON’s Hongseok, Lee Yoo Bi, Kang Ji Hwan, and more.

On September 7, just two weeks before this season’s premiere, MBC dropped a unique poster of the full cast.

In the moving poster, cast members Kang Ji Hwan, Ahn Hyun Soo, Kim Ho Young, Matthew Douma, PENTAGON’s Hongseok, Oh Yoon Ah, Lee Yoo Bi, Kim Jae Hwa, BLACKPINK’s Lisa, and Shinji appear lined up in a row and looking tough. They wear the uniform of the Korea Army Academy at Yeongcheon, with both a professional and strong appearance. Their eyes beam with intensity as they stare straight at the camera. 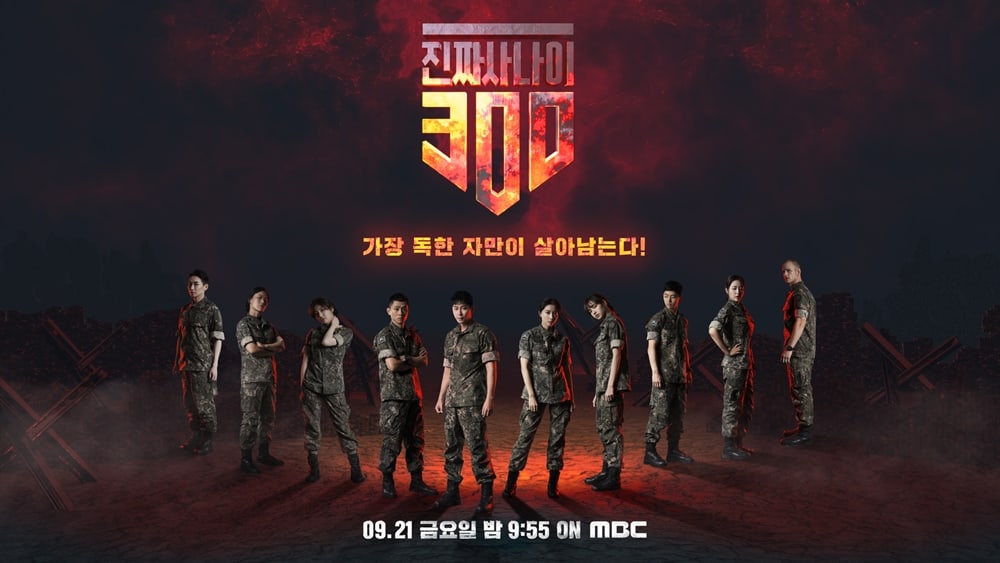 Afterwards, with a dramatic piece playing in the background, the “Real Men 300” logo appears and the cast members appear again, but this time wearing their combat uniforms. This marks the show’s iconic way of transforming its cast into formidable soldiers.

The show previously announced its second lineup of the shows’s new season as well.

Real Men 300
How does this article make you feel?