The rankings were determined through an analysis of the consumer participation, media coverage, interaction, and community indexes of various boy groups, using big data collected from August 8 to September 9.

BTS held onto their No. 1 spot for the fourth consecutive month, topping the rankings with an impressive brand reputation index of 25,090,251. The group saw a remarkable 71.71 percent increase in its score since August.

Wanna One also maintained their position at No. 2 for the fourth straight month, scoring a brand reputation index of 13,058,168 for September.

NU’EST W shot up in the rankings to take No. 3 on the list this month, enjoying a staggering 142.47 percent rise in their score since August. The group’s brand reputation index for September was 4,976,422.

SEVENTEEN, EXO, and NCT followed close behind at No. 4, 5, and 6 respectively. 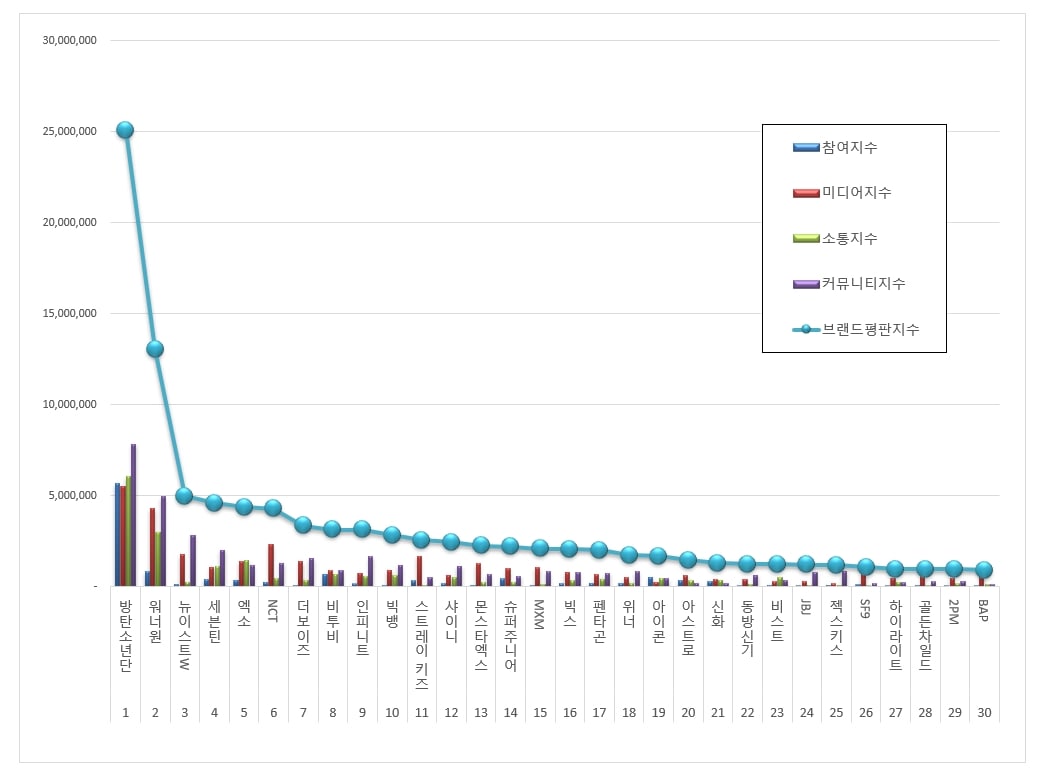