Lee Joo Yeon appeared as one of the guests on the star-studded September 9 episode of the variety show, where her close friend and “Running Man” cast member Jun So Min revealed, “When we go to karaoke, [Lee] Joo Yeon plays her own songs and dances to them.”

At Yoo Jae Suk’s request, Lee Joo Yeon stepped forward and prepared to dance to After School’s “Diva.” When Yoo Jae Suk commented, “To be honest, we don’t know when we’ll get to see [a performance by] After School again,” Lee Joo Yeon replied matter-of-factly, “You can’t.”

BIGBANG’s Seungri then mentioned the “Infinite Challenge” special where popular singers from the past recreate their performances, saying, “You can see it on ‘ToToGa’ [‘Saturday Saturday is for Singers’].”

Yoo Jae Suk made everyone laugh when he responded, “I don’t know if we’ll be able to see it on ‘ToToGa.'” Referring to the indefinite hiatus of “Infinite Challenge,” which ended its first season earlier this year, he said, “We don’t know what’s going to happen either.” 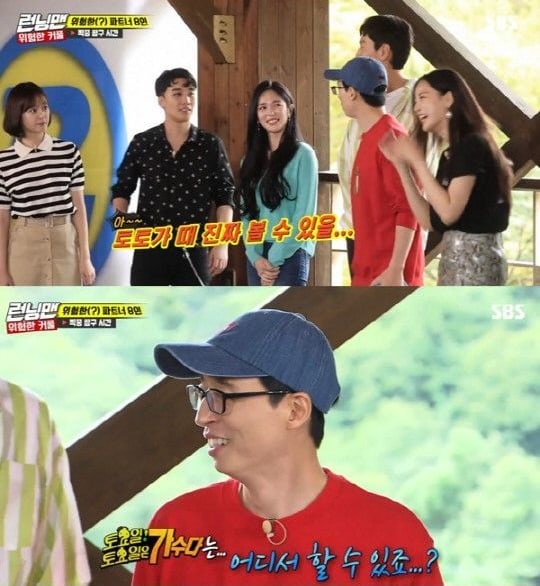 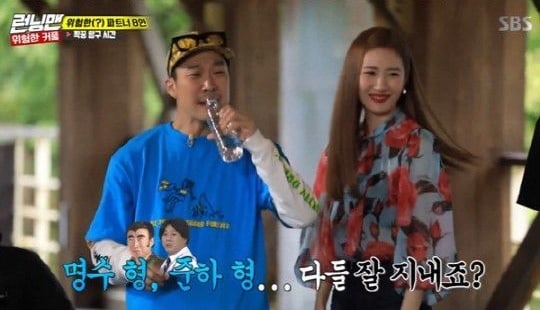 Everyone shared a laugh and then enjoyed Lee Joo Yeon’s performance of “Diva” by dancing and chanting along.

Check out the clip of her performance below!