Cast Of “Jang Geum, Oh My Grandma” Is Wild And Free In Food-Themed Official Posters

The cast of “Jang Geum, Oh My Grandma” has no qualms playing with their food for official posters.

In the first poster, Shin Dong Wook, Girls’ Generation’s Yuri, Lee Yul Eum, Kim Hyun Joon, and BTOB’s Minhyuk are lying down in grass. They cheerfully pose while being surrounded by various fruits and vegetables. In the second group poster, they jump happily, avoiding the chaos of the kitchen around them. 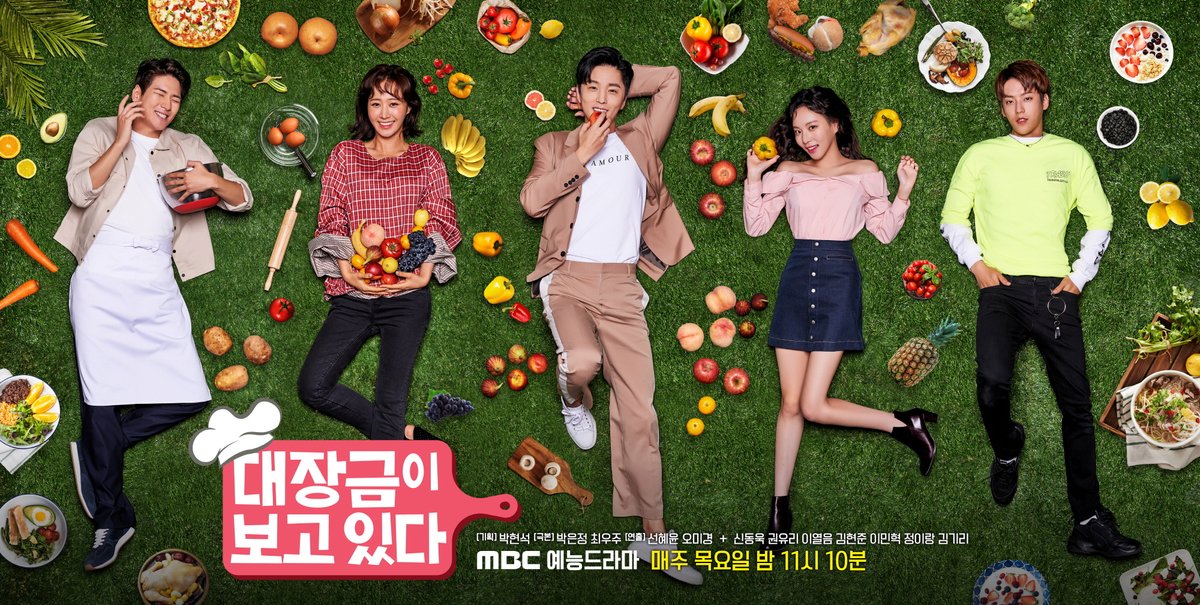 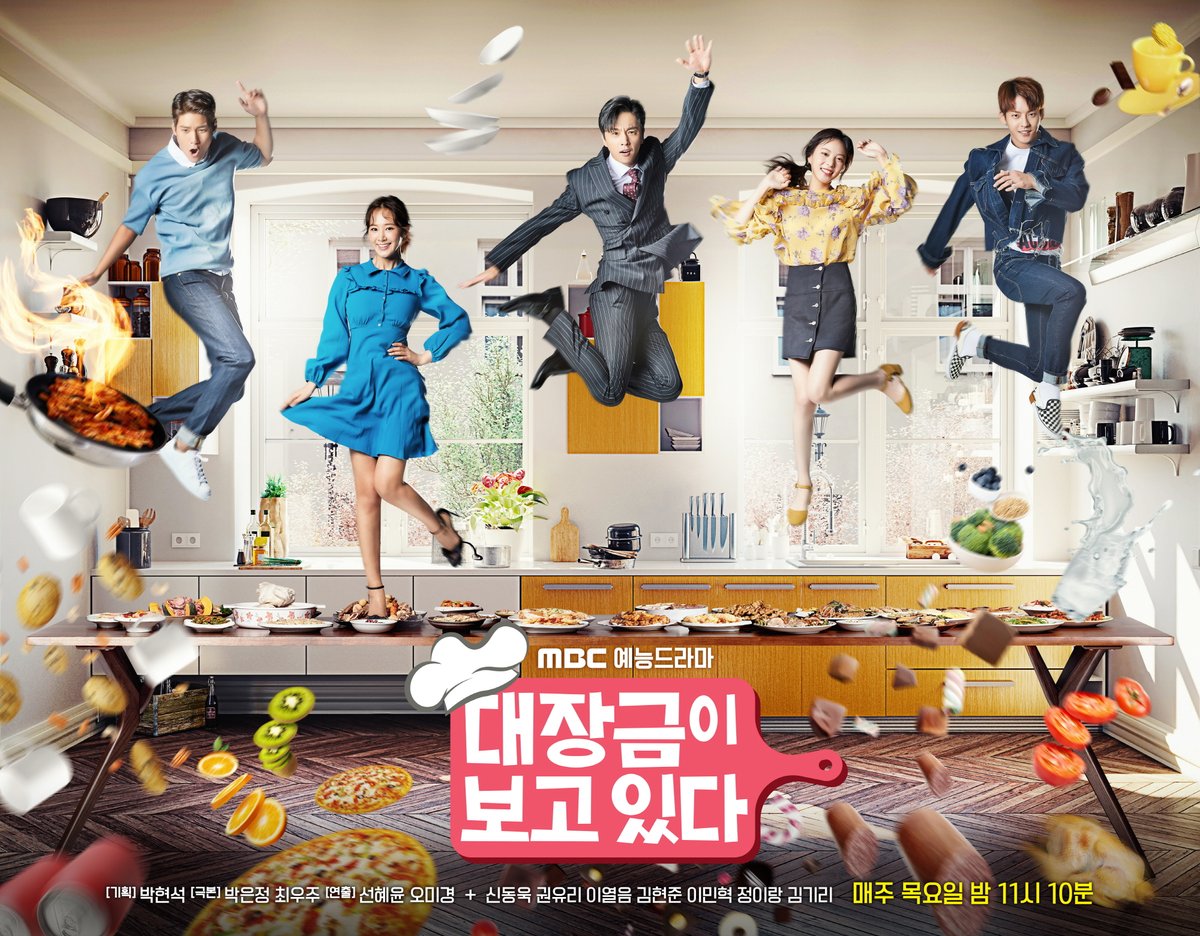 In another poster, the five actors’ characters are introduced with hashtags, as they pose with food. Shin Dong Wook’s character Han San Hae holds a green apple, and is described as the descendant who inherited a perfect sense of taste. Yuri’s character Bok Seung Ah (which sounds like the Korean word for peach) cleverly poses with a peach. Her character is a new employee of a sales team.

Lee Yul Eum’s character Han Jin Mi, who has a pineapple, is the descendant who inherited a perfect sense of smell. Minhyuk holds up a sausage, and is introduced as Lee Min Hyuk, the mysterious regular customer at the convenience store. Kim Hyun Joon’s character Han Jung Sik, who tosses a bell pepper in the air, is the descendant who inherited the perfect sense of touch. 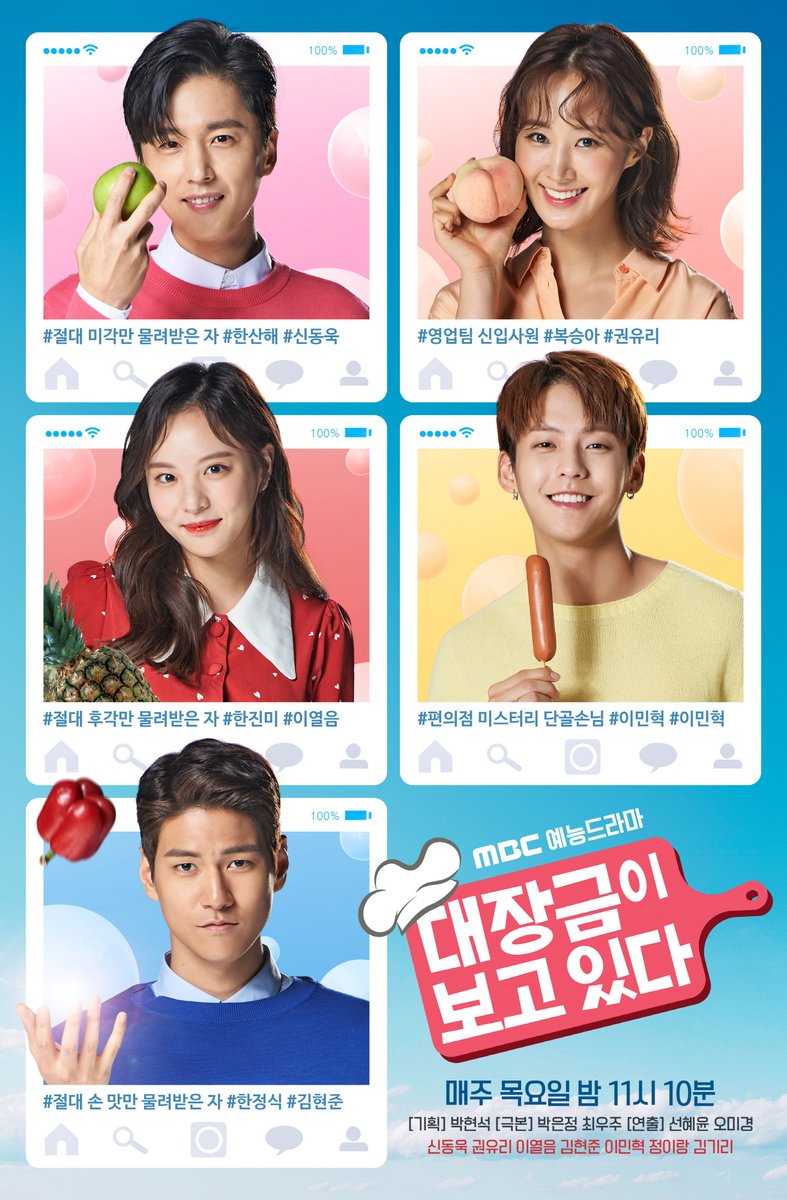 “Jang Geum, Oh My Grandma” is about three siblings who are the descendants of Dae Jang Geum, from hit drama “Jewel in the Palace.” The Han siblings, whose only enjoyment in life is to eat, live to eat. The drama will be directed by producing directors Sun Hye Yoon, who previously directed “Borg Mom,” and Park Eun Jung. It is written by Choi Woo Joo.