Exclusive: GOT7 Talks About Confidence, Singing In Different Languages, And Their World Tour

On September 17, GOT7 held a press conference for the release of their new album “Present : YOU.”

As all of the members have solo tracks included on the album, each member took turns introducing his solo track and answering some individual questions.

Jackson shared regarding his solo track “Made It,” “I tried to portray the passion and confidence of youth on my solo track. Most people just see me on variety shows, so I wanted to show people that I’m a musician too. I hope that I have more opportunities to show the musician side of me.”

When he was asked what makes fans like him, he replied, “Definitely not looks. I think fans like me because I’m just me. They like my personality, not visuals.” 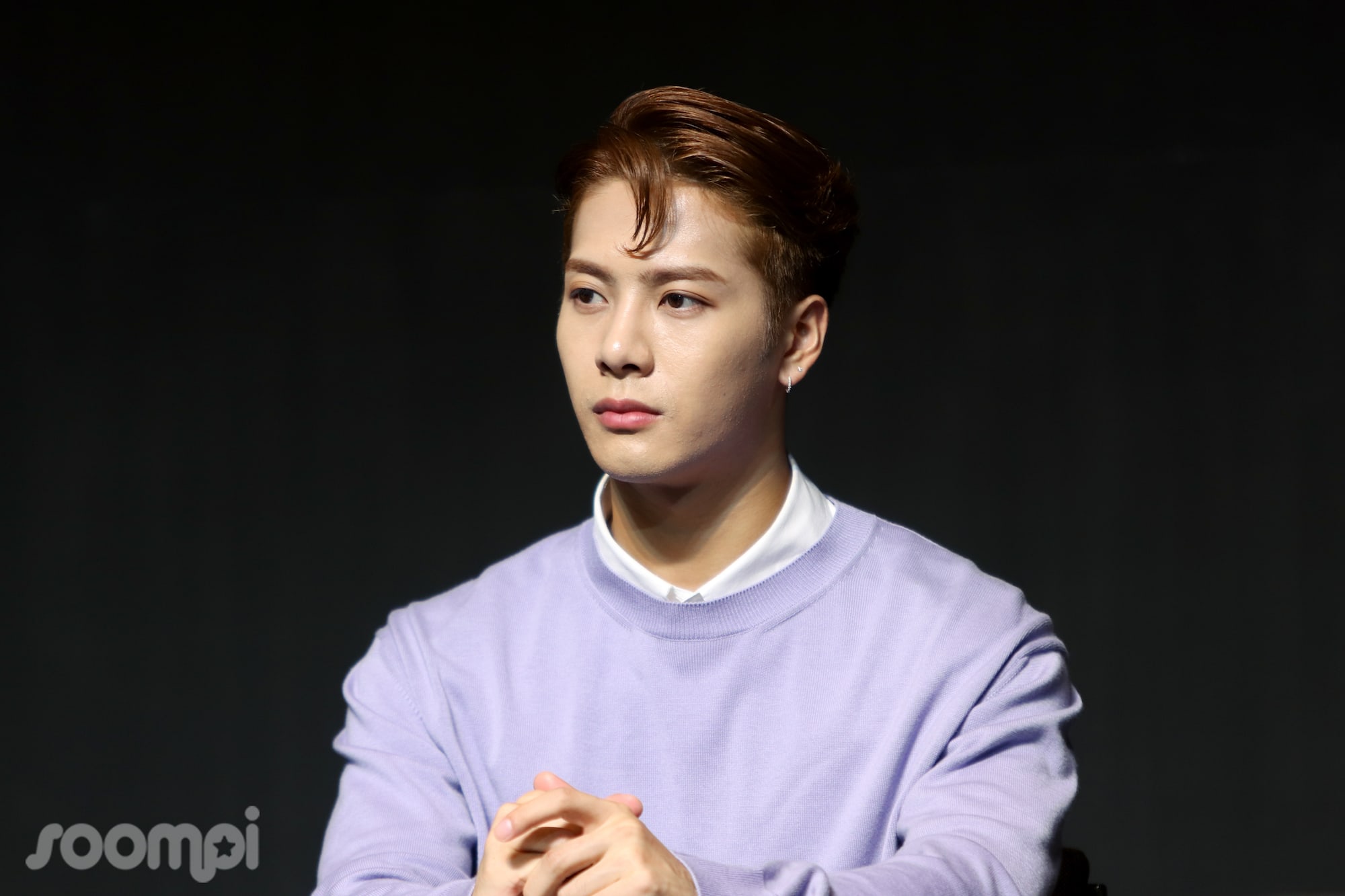 BamBam remarked, “I show a lot of individual activities, but I’ve never really shown anything related to music before, so I’ve worked really hard on this track. I want to show more of my colors.” On being known for his fashion sense, he commented, “I wouldn’t say that I’m famous for being fashionable. I’d say that I don’t look bad when compared to others. I like posh and glamorous styles, so my fashion might stand out.” He continued, “The tip is to never plan your looks. Just pick your outfit based on your feelings of the day.” 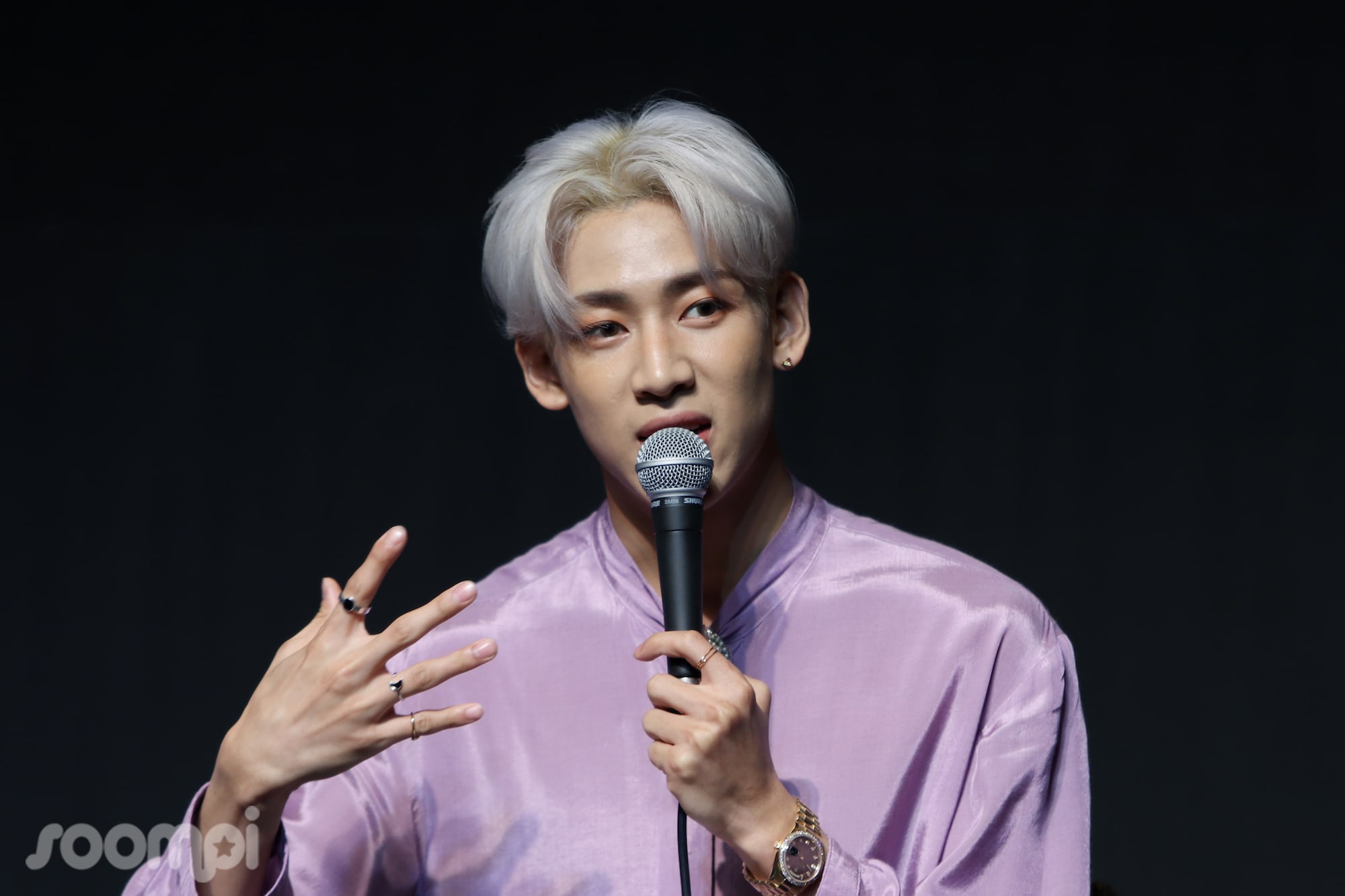 Youngjae revealed about his solo track “Nobody Knows,” “I wanted to show the real Choi Youngjae, not GOT7’s Youngjae.” When asked what the difference is, he replied, “I think Choi Youngjae is more competitive and greedy. I want to do better and better and am not very satisfied with myself. GOT7’s Youngjae is more bright and cheerful. It’s not that I’m not cheerful offstage, but I tend to focus on all the things I could do to make myself better.” 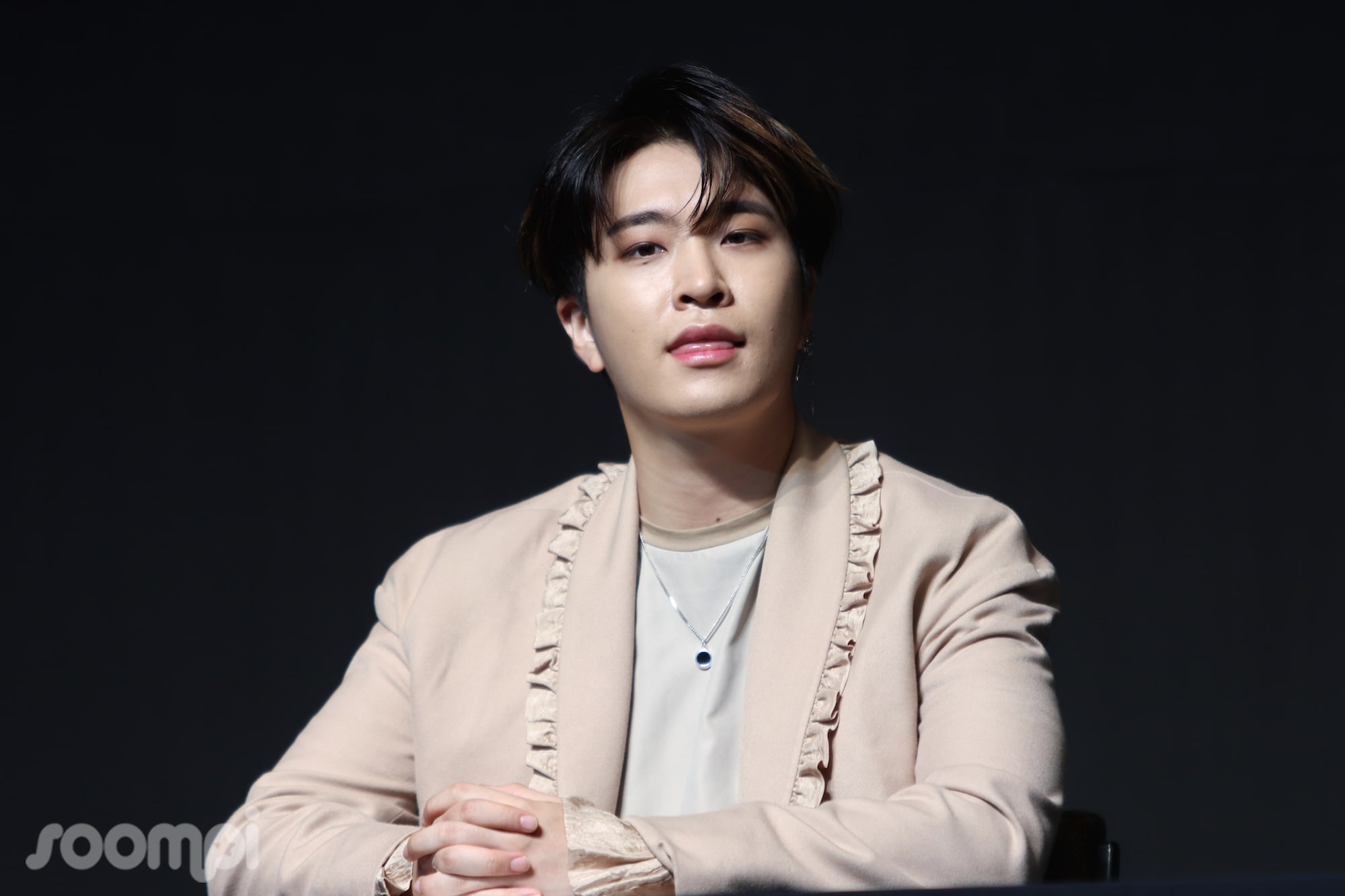 Jinyoung’s solo track is “My Youth.” He said, “It’s about the pure, innocent emotions you feel after a first encounter and how they change after facing reality. I wrote the song hoping that everyone can still keep the pure, younger selves within themselves.” The MC then asked since when he has been so handsome, to which he shyly replied, “I don’t think I am handsome. When I was young, however, the elderly neighbors did seem to like me.” He joked, “I will check with my mother to find out since when.” 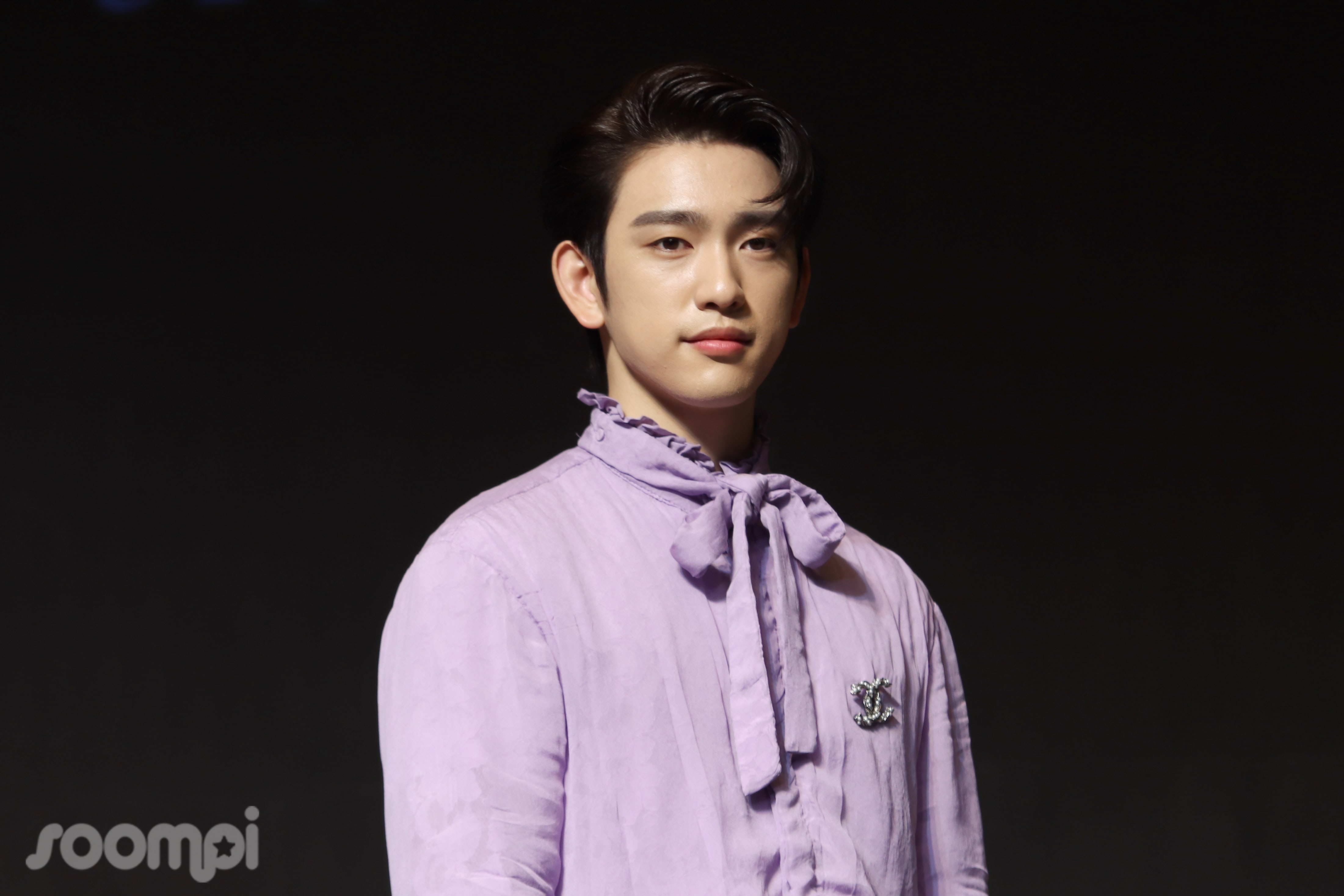 Yugyeom wanted to engrave his image of being the group’s main dancer into the music video for his solo track “Fine.” “I choreographed it, so I put in a lot of effort to show emotional and dynamic moves.” On how long he has been good at dancing, he revealed, “I’ve loved being on stage ever since elementary school,” and shared that he performed BEAST’s “Shock” at a middle school talent show. 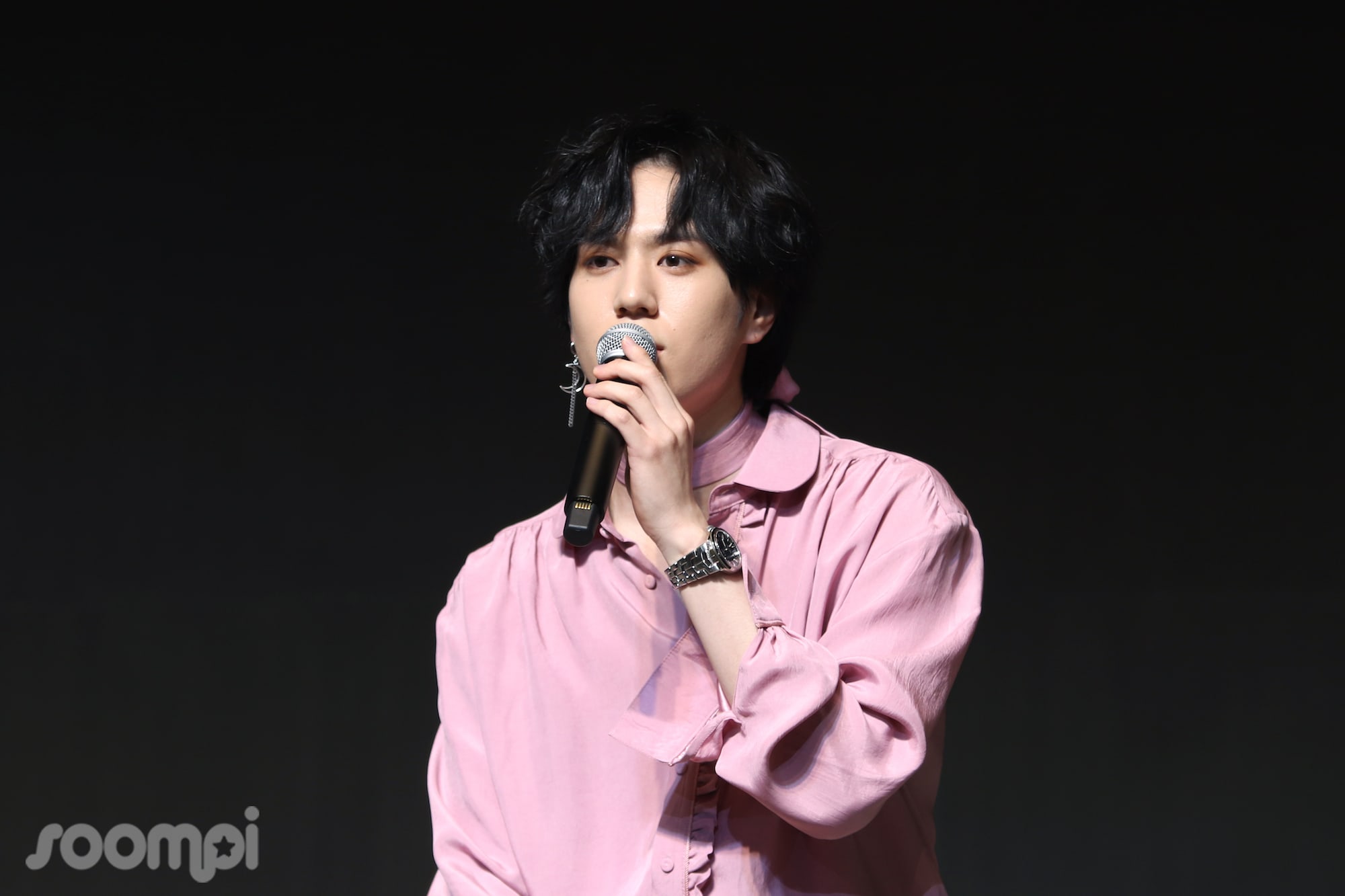 JB’s commented on his solo track “Sunrise,” “Although the sound is moody and groovy, the lyrics are simple. Producer Park Jin Young wanted more content in the lyrics, but I insisted on keeping it simple.” When asked who the people most valuable to him are, JB replied, “My family, my friends that I make music with, our fans, and our members.” 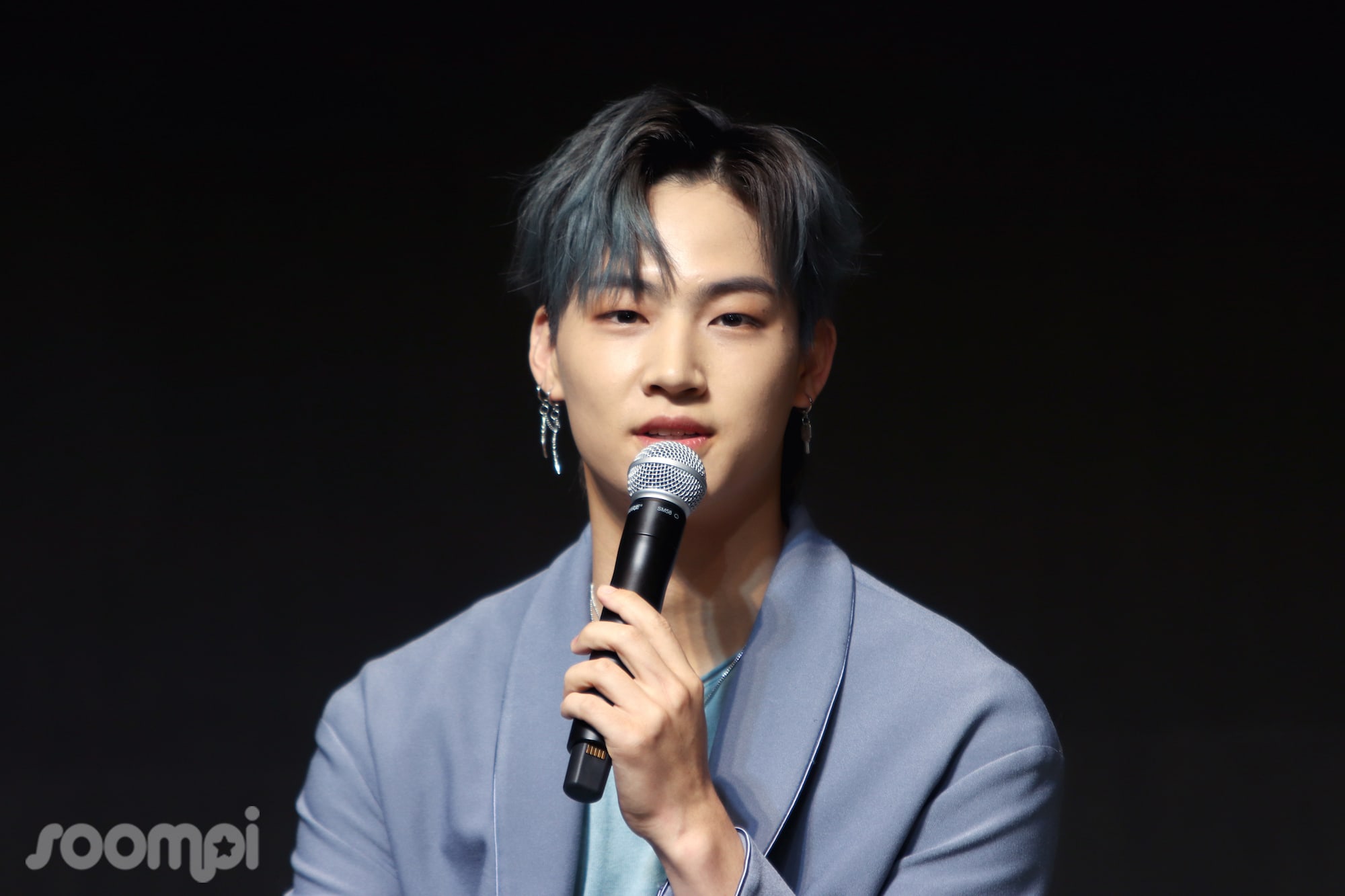 Mark shared that he wrote the lyrics for his solo track “OMW” on the plane during GOT7’s world tour. “Being on tour made me feel grateful towards what we have right now, and I wanted to say that we are making our way to success.” When asked about his biggest goal, he responded, “I think it would be to continue finding success together with the members. We have been continuously improving since our debut, and I want to keep doing that.” 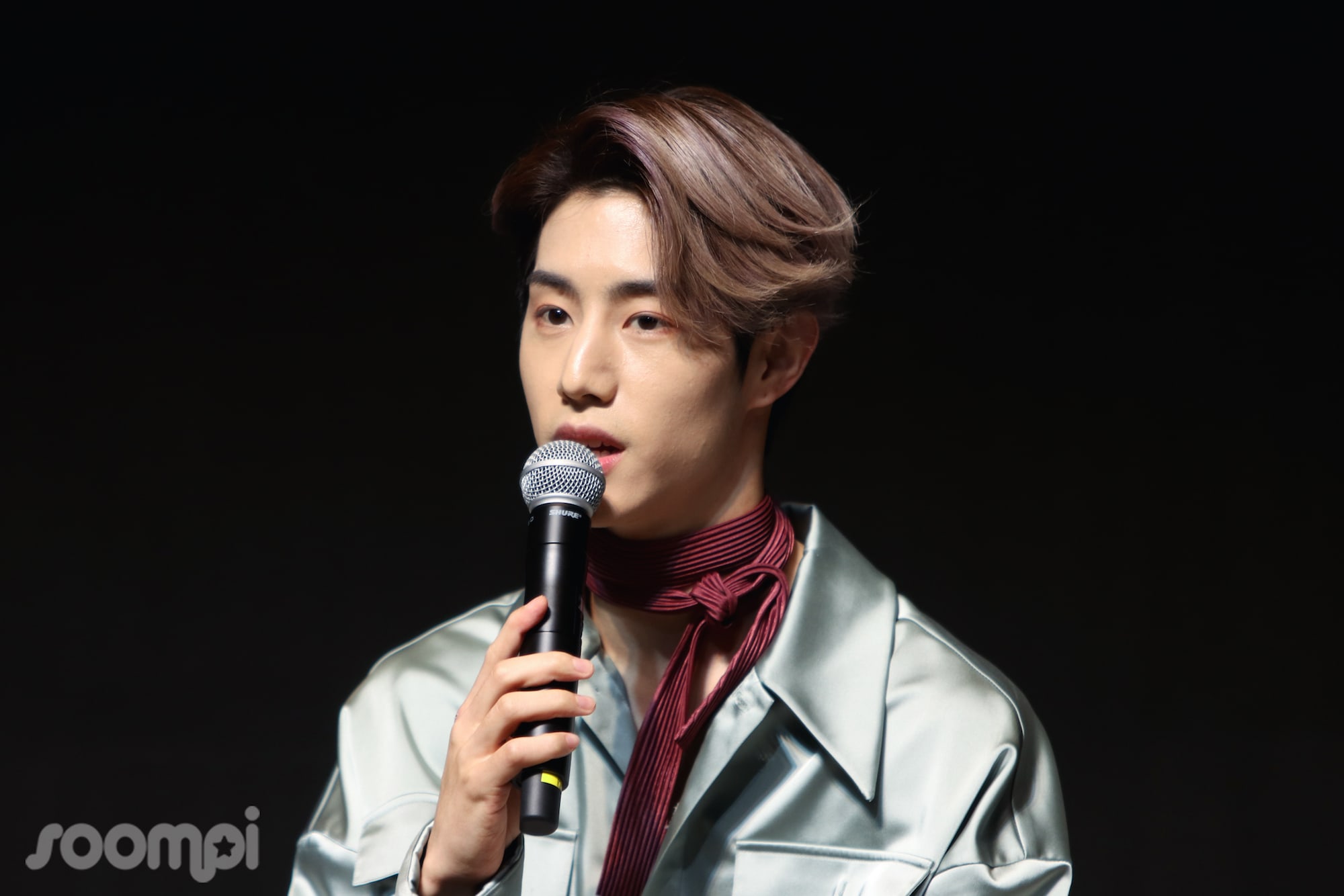 GOT7 then proceeded to answer further questions with a group Q&A session.

It was mentioned that the group seems noticeably more confident. JB explained, “It’s been five years since we debuted, and we’ve gained a lot of experience. The world tour really helped, too.” BamBam added, “Perhaps it’s also because we created songs ourself, so we have a better understanding [of them] and greater confidence.”

GOT7’s newest title track “Lullaby” is included on the album in not only Korean, but also English, Chinese, and Spanish. Jinyoung explained, “We further realized the importance and love of fans all around the world during our world tour. We do read comments on the internet, but feeling the fans’ energy at the concert is completely different. We felt like we could communicate directly with fans by speaking in their languages, so we decided to record our title track in four different languages.”

When asked which language was the most difficult, the members all picked Spanish. Jackson shared, , “I speak Korean, English, and Chinese, so recording the title track in those languages was okay. Spanish was so hard, but I did enjoy myself.” The members mentioned having to constantly check their pronunciation as they recorded.

The press conference ended with the members sharing their thoughts on the world tour and comeback. Yugyeom said, “We were surprised to feel the love from fans who speak different languages and live in different environments and cities that we’ve never even been to. We were happy, and we felt the pride of being a global K-pop group. We want to promote K-pop better. The tour will be an unforgettable memory for all of us.”

JB added that they will focus on promoting their album for now, but it is likely that they will embark on a world tour again one day. “Thank you for the love and support,” he concluded.