Nam Joo Hyuk recently opened up about his hardships from his past.

When Kim Gook Jin commented, “It seems like you wouldn’t have struggled much growing up,” Nam Joo Hyuk explained the tough times his family experienced when he was younger.

He shared, “It was really tough for me and my family. For the whole year of 3rd grade, I only ate cup ramen. We didn’t even have a bathroom in the house.” The MCs and guests were surprised to hear this side of him. 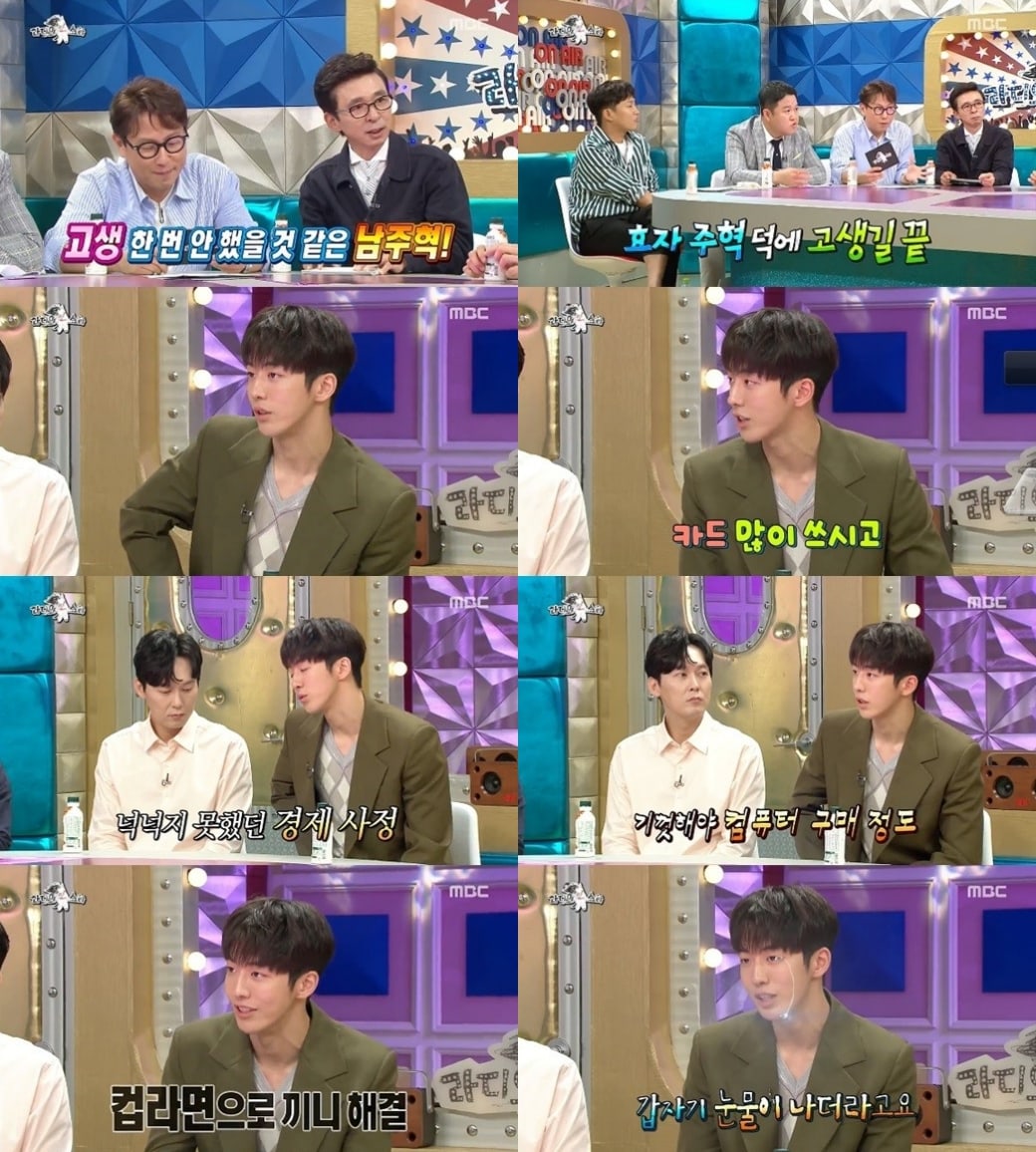 Nam Joo Hyuk also talked how circumstances have greatly improved for his family and how he was able to donate to his high school. He made others laugh when he commented, “My mom is happy. She makes good use of her credit card. I also got her a new phone.”

When asked about his personal spending habits and if that has changed since his success, Nam Joo Hyuk mentioned he doesn’t spend frivolously but did buy himself a nice computer since he enjoys gaming. Kim Gura followed up and asked if he contemplates a lot before buying things, like nice headphones. Nam Joo Hyuk explained, “I think because of my past, I do think a lot about whether to buy something or not.”

Jo In Sung chimed in and stated, “He cried while talking to Cha Tae Hyun about this.” Nam Joo Hyuk responded, “It was so weird, I just started crying.”

Others wondered if times were still tough once he started modeling. Nam Joo Hyuk answered, “Until I was 21, even with the modeling gigs, it was still really hard.” He affirmed that it was only after “Who Are You: School 2015” did things get start to get a little better.

After hearing his story, the MCs encouraged him, saying, “This is just the beginning for you.”

Check out the full episode of “Radio Star” below:

Nam Joo Hyuk
Radio Star
How does this article make you feel?