Son Dambi Talks About Acting And Her First Comedy Film

Son Dambi talked about her career as an actress and starring in her first comedy film at a press conference for her new film “Rose of Betrayal.”

The film “Rose of Betrayal” is a comedy about three men and one woman who want to leave their sad pasts behind and create one very special day for themselves. This is Son Dambi’s first comedy film so she was naturally nervous about it and said, “I always thought that the genre of comedy was very hard, but thanks to Kim In Kwon and Jung Sang Hoon, I was able to easily approach the genre.” Jung Sang Hoon jokingly commented on her acting in comedy, saying “I think Son Dambi is the next comedy queen to take over the Korean comedy film world after veteran actress Kim Soo Mi. It’s chilling that even her laughter sounds the same as Kim Soo Mi.” 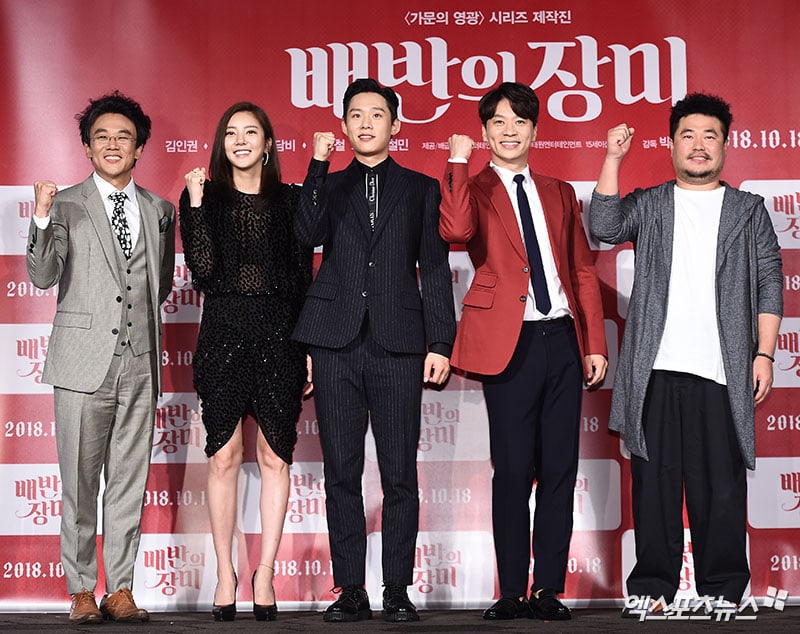 Son Dambi also spoke about her character in the film. She showed her excitement for the character and why she decided to take on the role, saying, “I play a character named Lee Mi Ja in the film. She causes a lot of accidents and issues in the story. In those ways, I thought she was very charismatic.”

The film “Rose of Betrayal” will be released October 18 in Korea.