iKON’s Junhoe discussed how he views hip hop as a genre during an appearance on tvN’s “Life Bar.”

The idol was a guest on the September 20 broadcast alongside groupmate B.I, Haha, and Skull.

While Haha and B.I. were debating about the virtues of their preferred genres — reggae and hip hop respectively — the MCs jokingly commented, “Junhoe, you’re in the same group as him. You should help B.I.”

“I don’t like hip hop that much,” Junhoe confessed. “I like rock music.” Understanding where the iKON member was coming from, Kim Heechul commented that he also prefers rock music despite being known for more dance tracks.

Junhoe explained, “There was something that happened that made me hate hip hop more. Originally, I neither liked nor disliked [the genre], but we once made a comeback with a very strong hip hop track called ‘BLING BLING.’ It was a track that had powerful choreography, powerful rapping, and vocal lines that kind of sound like you were rapping. Due to many things, I ended up becoming traumatized while performing that kind of hip hop.”

However, his perspective on the genre changed yet again this year and is more positive thanks to “Love Scenario.” The vocalist said, “It’s not that forceful kind of hip hop.” B.I. added, “It’s that we found it. We tried stronger hip hop, this and that. While trying it all, we found a style of hip hop that [works for us].”

“To be honest, B.I. isn’t very hip-hop-like either,” Junhoe hilariously commented. Flustered, B.I immediately refuted that he likes hip hop, but purposely focuses on making a “softer, sweeter hip hop” for iKON’s releases. The leader jokingly retorted, “How could I make that kind of [forceful] hip hop track when this person doesn’t like it very much!?” 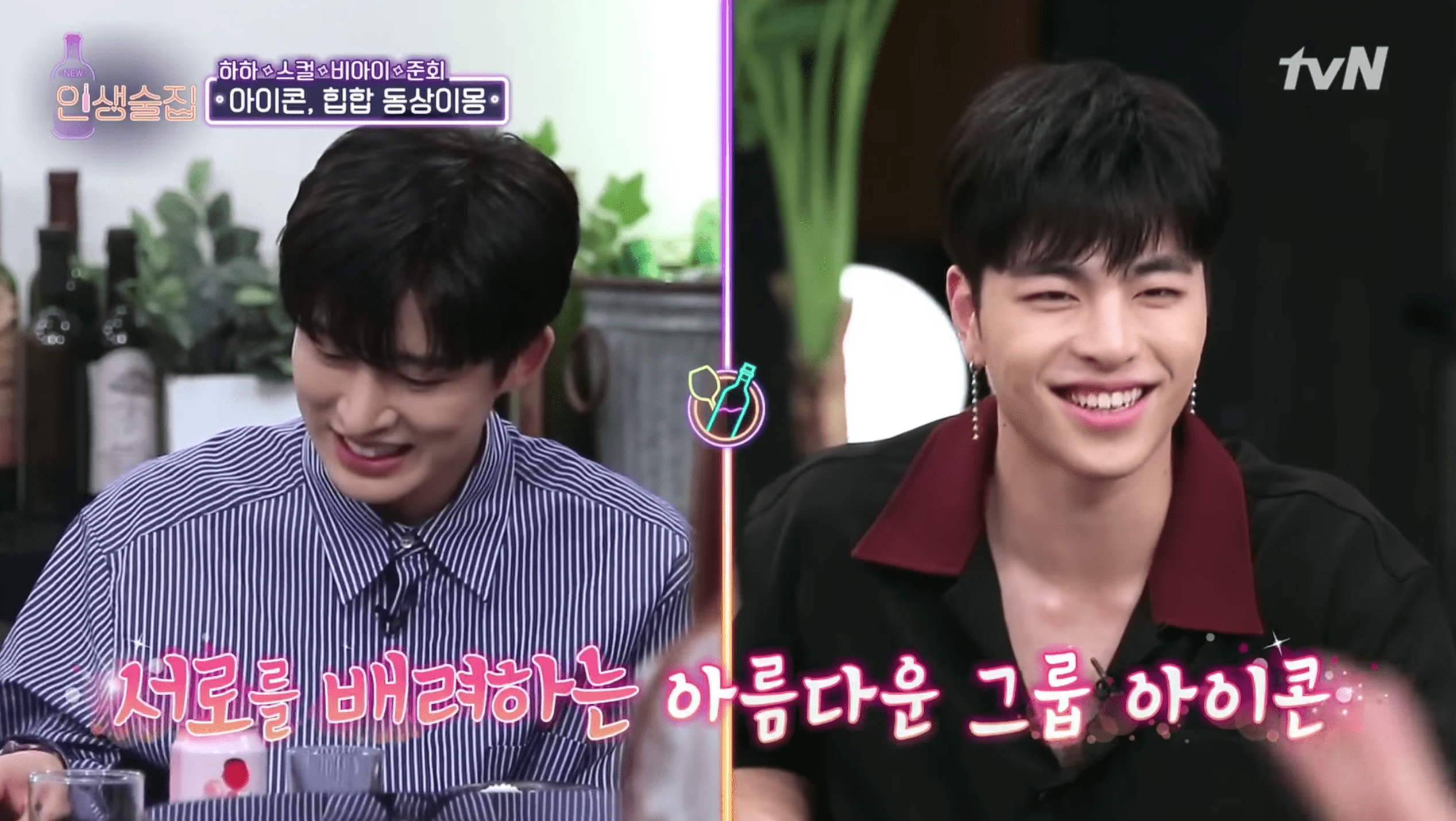 iKON
Junhoe
Life Bar
How does this article make you feel?