New character posters have been released for the main cast of JTBC’s “The Beauty Inside.”

Each of the four main characters is represented by bold colors: a multi-colored geometric pattern for Han Se Gye (Seo Hyun Jin), who lives in someone else’s body for one week out of every month; blue for the cynical Seo Do Jae (Lee Min Ki); red for the chic and ambitious Kang Sa Ra (Lee Da Hee); and yellow for the innocent soul Ryu Eun Ho (Ahn Jae Hyun).

Han Se Gye is a top actress who is praised for her chameleon-like acting abilities, nicknamed the “100-sided beauty.” But because of the secret she harbors about her changing face, she is followed by countless rumors and scandals. Han Se Gye’s poster reads, “Will you recognize me next month too?” 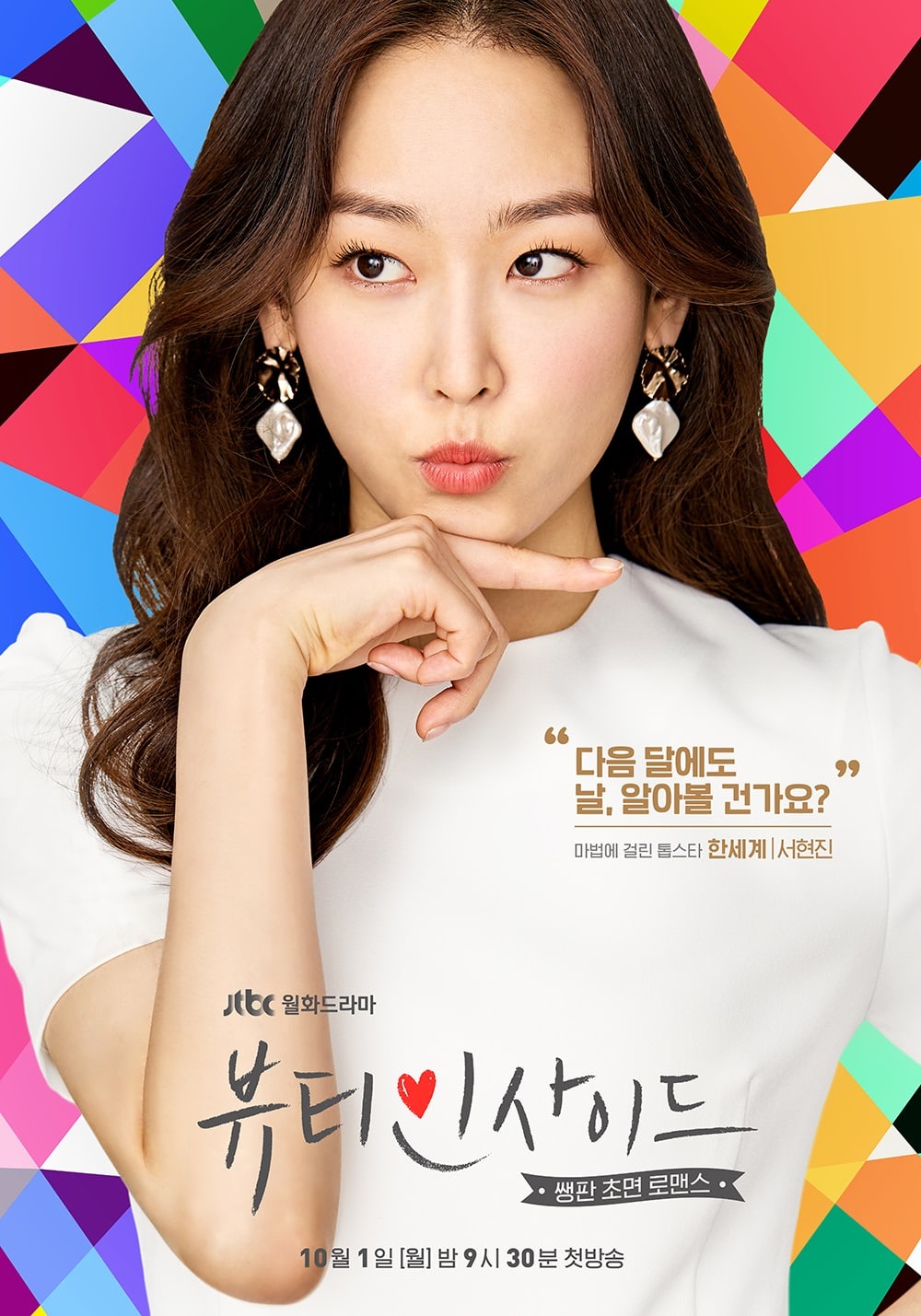 Seo Do Jae is the director of an airline company who is overall perfect in appearance and intelligence, other than his inability to recognize others’ faces. The blue of his poster represents the external chill of the character, offset by the warmth of his slight smile. His poster reads, “Don’t worry. Even if I can’t recognize others, I will know who you are.” 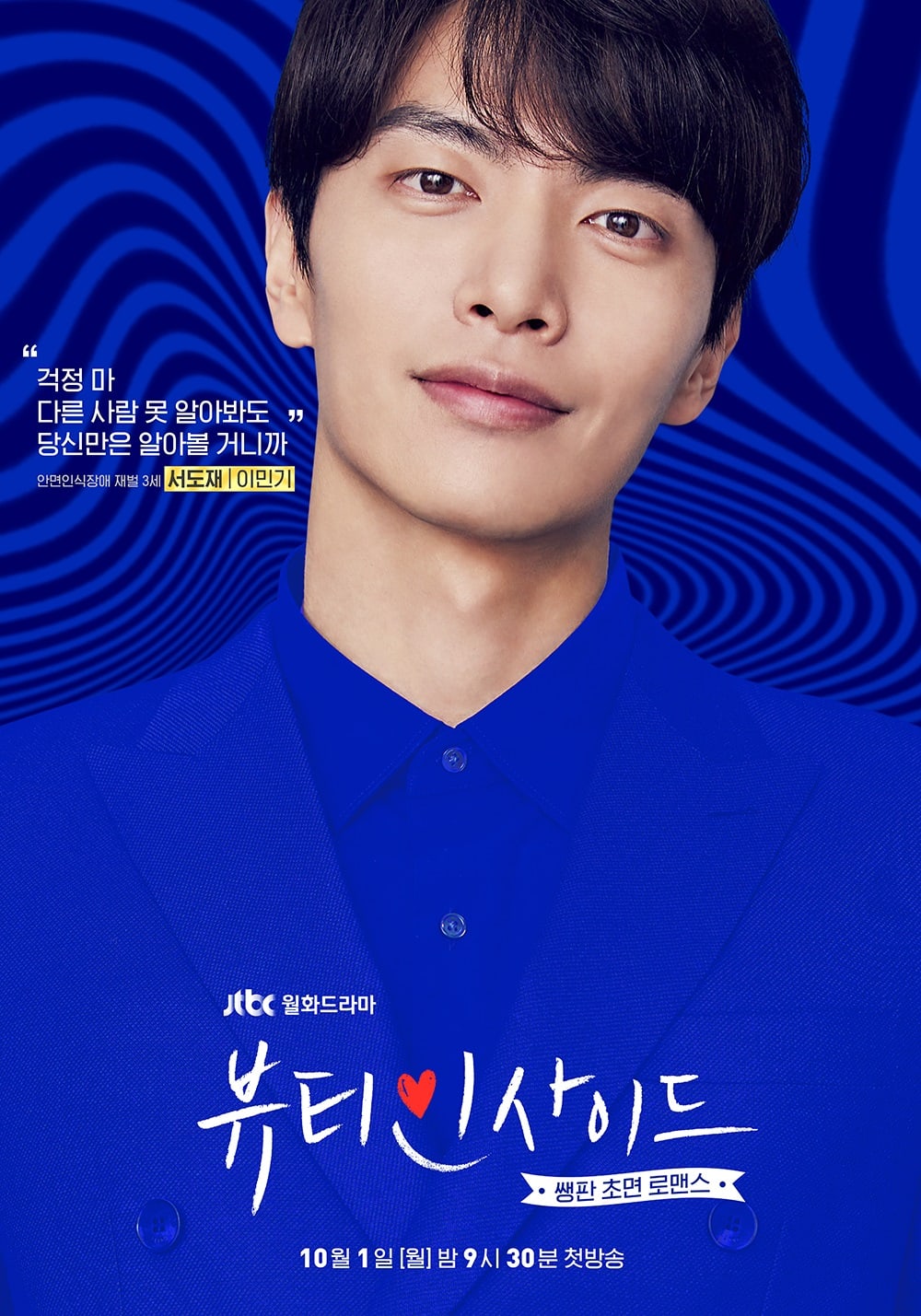 Kang Sa Ra is the CEO of the airline company One Air, so full of ambition she’s determined to take down Seo Do Jae. Her poster says, “I can obtain anything I want. Even if it’s love that I have to fight the gods for!” 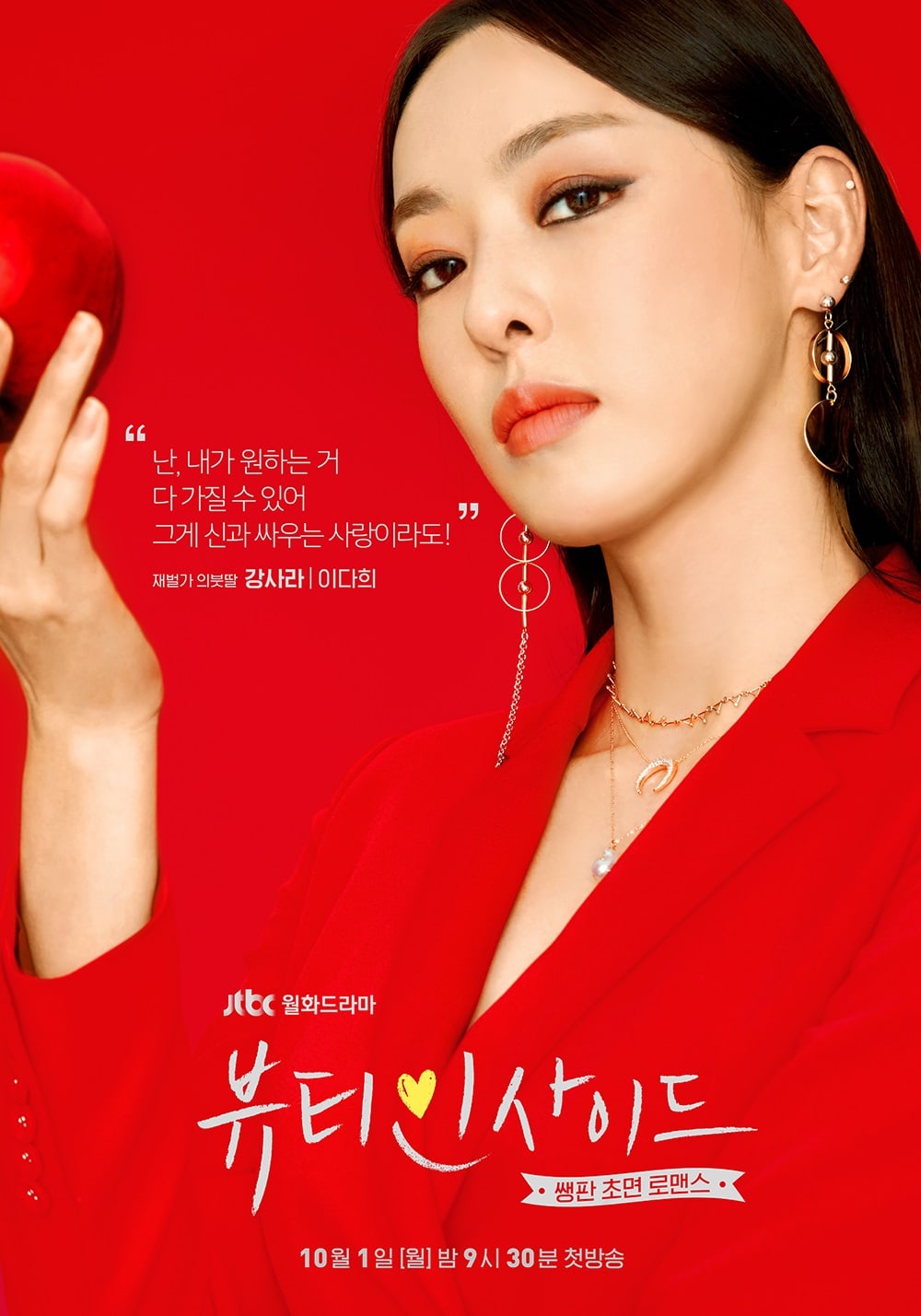 Ryu Eun Ho is the most innocent of souls and an aspiring priest. He’s a good friend of Han Se Gye, and holds her secret in close confidence. And strangely, despite being opposite extremes in terms of personality, Ryu Eun Ho feels an attraction to the cold Kang Sa Ra. His poster says, “Oh Lord, [don’t let me get caught up] in trials, no… don’t let me get caught up in love.” 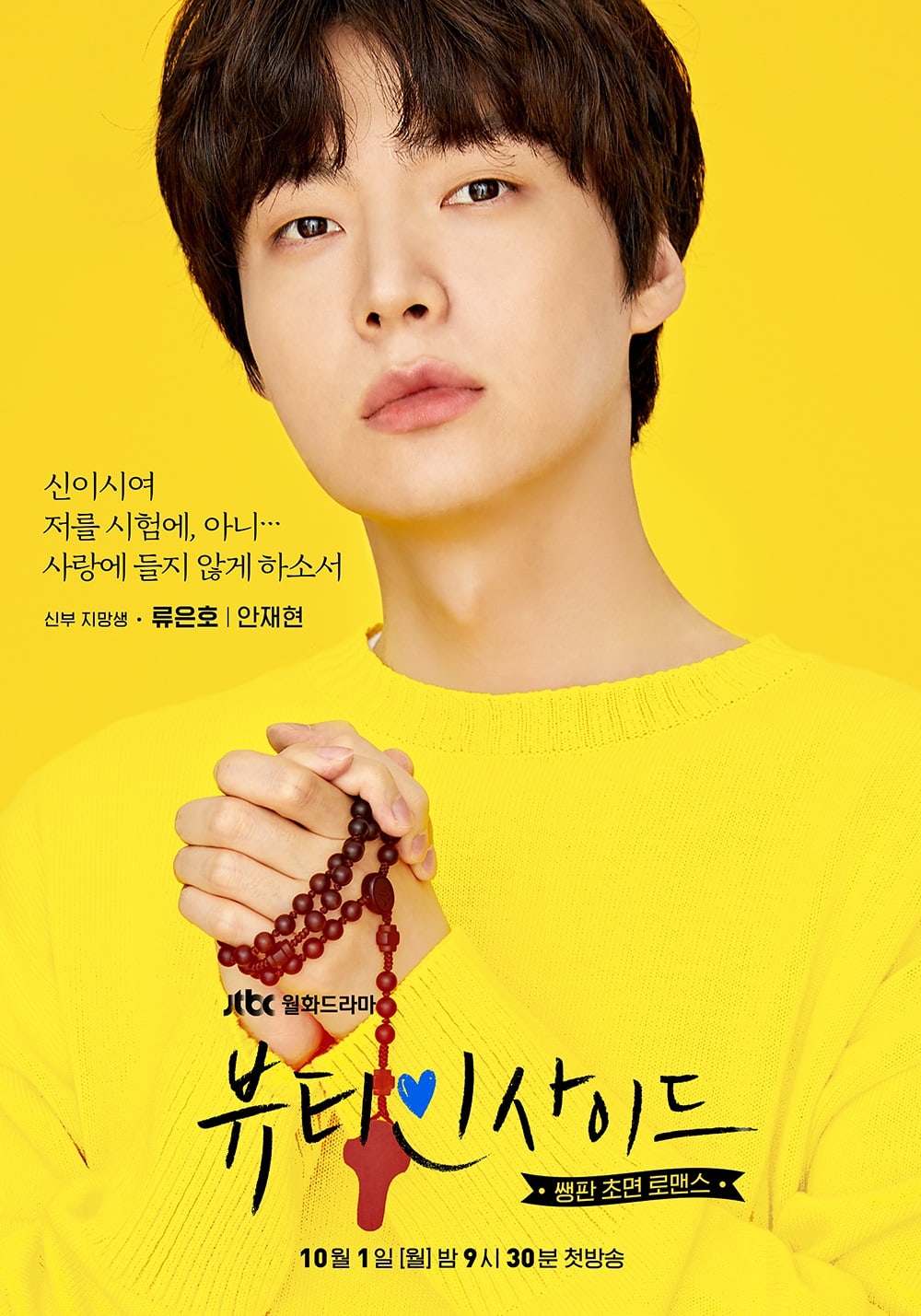