Hyun Bin and Park Shin Hye are gearing up for their new drama!

During the script reading, Hyun Bin perfectly transformed into the investment company CEO Yoo Jin Woo, who holds a doctorate degree in engineering and a great gift for game development. He showcased the fearless image of an owner of adventurous spirit who is both reckless and cynical.

Park Shin Hye will play Jung Hee Joo, the owner of a hostel in Granada, Spain who is somewhat clumsy when it comes to having a practical financial sense, but bursting with artistic sensibilities. She was able to make everyone in the room burst into smiles as she lovingly portrayed her character with her unique charms.

Hyun Bin and Park Shin Hye were able to realistically portray the special relationship between the two characters who become entangled with one another after meeting for the first time. 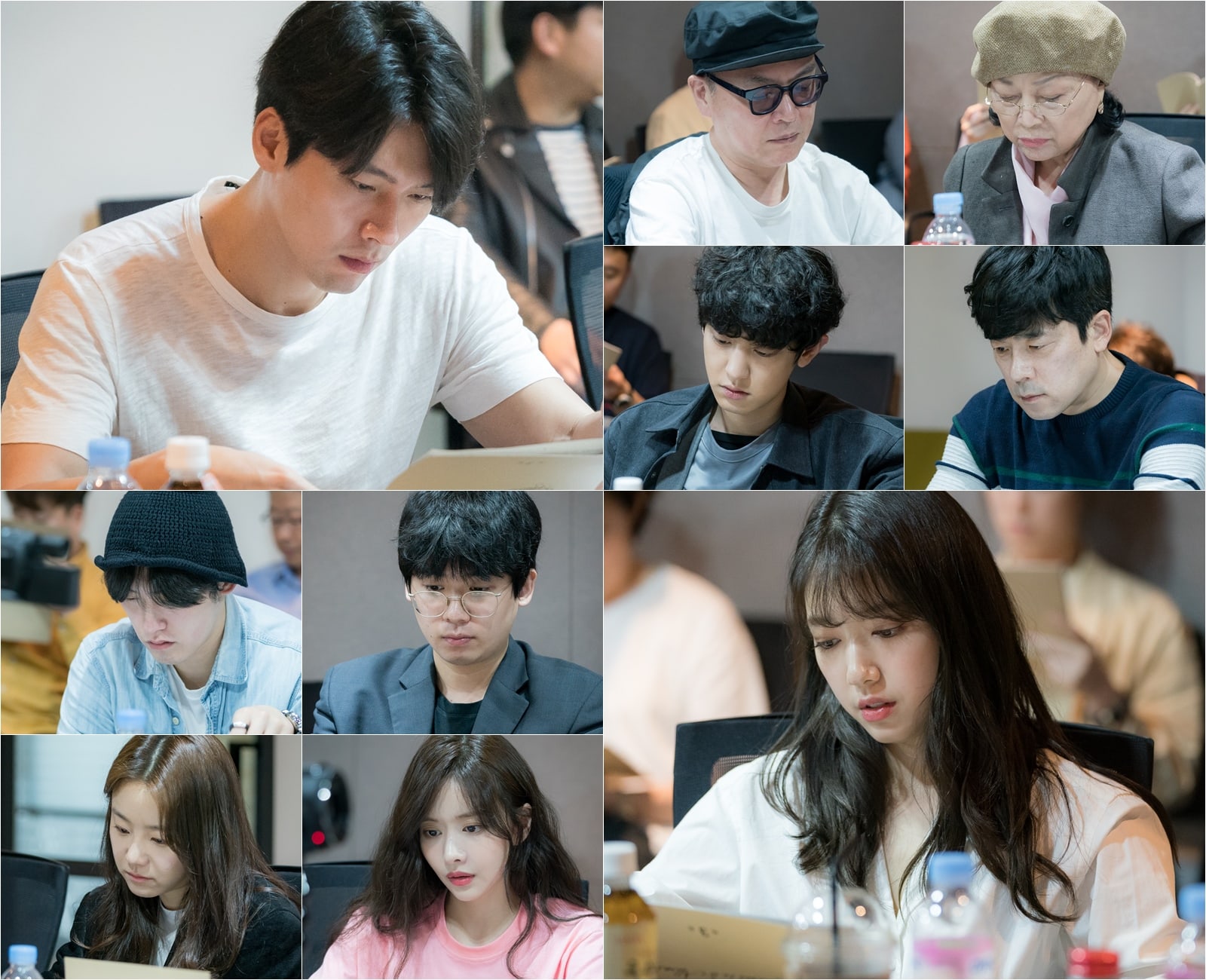 The production staff stated, “With the dense script of writer Song Jae Jung, who never disappoints, director Ahn Gil Ho, who will [lead the script] in detail, and the actors who uniquely breathed life into their characters despite it being their first practice, the chemistry on set of the script reading truly stood out. We plan on coming to the small screen with a drama that holds a dynamic development [viewers] won’t be able to take their eyes off, along with a ringing romance. Please look forward to it until its first broadcast.”

“Memories of the Alhambra” will premiere in December. Check out the first teasers here!