INFINITE’s Woohyun Boasts About His Popularity In Middle School

INFINITE’s Woohyun wasn’t embarrassed of bragging about his extreme popularity in middle school during the September 27 episode of KBS’s “Happy Together.”

Yoo Jae Suk said he heard Woohyun was very popular in school, and Woohyun admitted, “It was very tiring.” The cast couldn’t help but cringe and laugh at his response, and though they suspected him of exaggeration, let him continue his story.

Woohyun said, “During middle school, I liked to sing. I sang even better back then. During break time, my teachers and classmates would make me sing. I guess the news [of my good singing] spread to the next school. One day, I got a text message from a number I didn’t know.”

He continued, “[It said] ‘Woohyun, this is a karaoke room in the neighborhood of Chang. Can you come over?’ I wondered why they were telling me to come. It was someone I didn’t know, but I was so curious, I went. It was a VIP karaoke room, and when I went inside, there were about 20 middle school students in there.”

Yoo Jae Suk was skeptical that middle school students could rent a VIP room, but Woohyun was serious as he shared, “They welcomed me. ‘So you’re Nam Woohyun. We heard you’re really good at singing.’ It was very strange, and I just awkwardly stood there. Nobody was singing. They were just waiting for me. They wanted me to sing for them. I liked singing, so I sang three songs, and when I was done, they were like, ‘Whoa, goosebumps!'” Then he boasted, “I’ve never paid for a karaoke session before.”

Woohyun revealed he had a fan club of 40 fans during middle and high school. Yoo Jae Suk agreed that was possible since he sang well and was handsome. When he asked what kind of activities his fan club did, Woohyun shamelessly replied, “They just looked at me. Woohyun’s fan.” He revealed that on romantic holidays like Valentine’s Day and Pepero Day, he would have three friends with him because he didn’t have enough hands to accept his gifts. 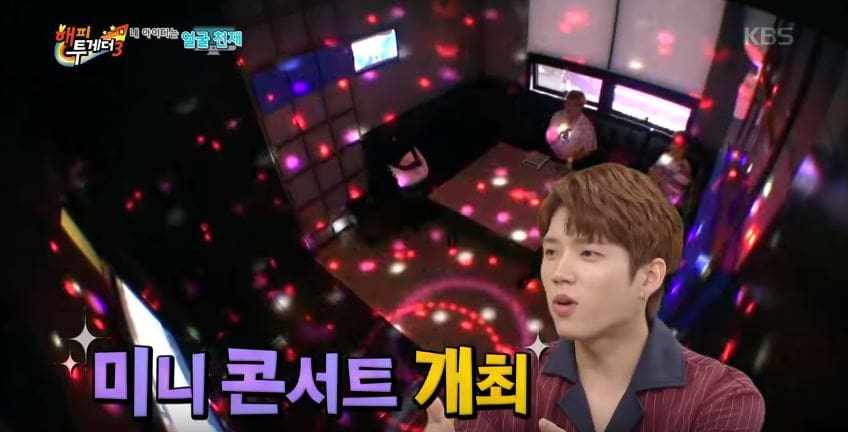 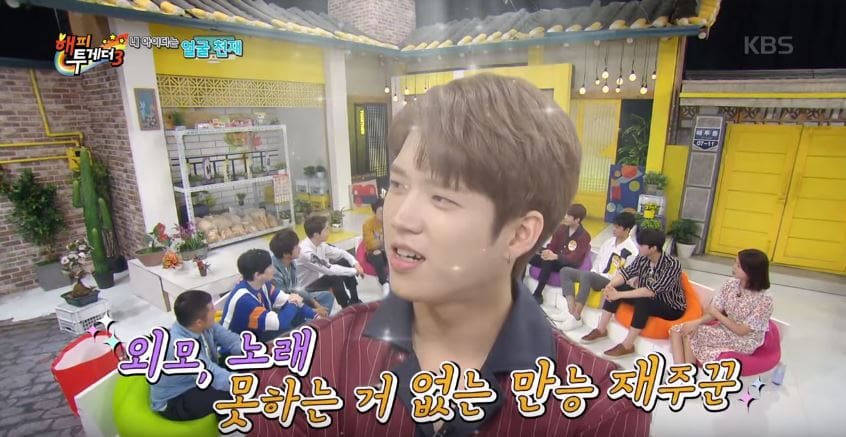 Woohyun made a solo comeback at the beginning of the month with his title track “If You Don’t Mind.”

Nam Woohyun
Happy Together
INFINITE
How does this article make you feel?