GOT7 Gets Refreshingly Honest About Past Fights Between The Members

On the latest episode of “Yoo Hee Yeol’s Sketchbook,” the GOT7 members weren’t afraid to admit that they sometimes fought with one another!

During the September 29 broadcast, GOT7 made their first-ever appearance on the KBS music talk show. While interviewing the members, host Yoo Hee Yeol mentioned that they had impressed the show’s writers with their unexpected honesty.

He remarked, “One of the questions that we most often ask group members is, ‘Have you ever fought with each other?’ But when we ask that question, the majority of groups respond, ‘No, we’ve never fought.'”

“However,” he continued with a laugh, “GOT7 was extremely honest. They really laid everything bare. They spoke about those kinds of things very honestly.”

Yugyeom confidently replied, “We’ve fought so many times.” Jinyoung added, “One incident I remember was about two years ago, I think, or maybe it was a year and a half. I think it was in Busan. Two of our members were debating whether to lay a mat down vertically or horizontally, and [it escalated to the point where] one grabbed the other by the collar.”

Jackson chimed in, “It was a really big fight.” 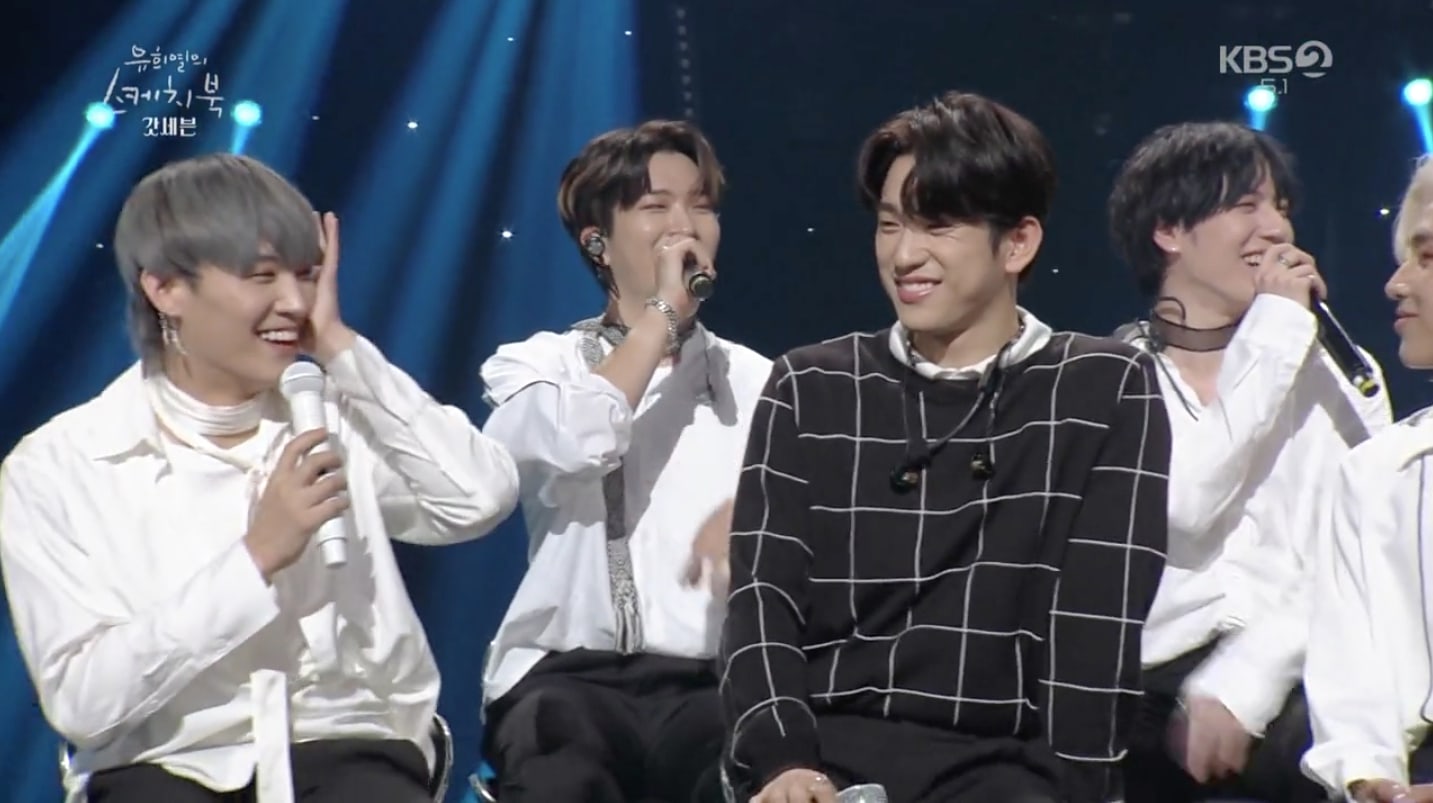 When Yoo Hee Yeol expressed confusion as to how the placement of a mat could be a point of contention, JB explained, “The thing is, if you lay a mat down vertically, you can lie down on it more comfortably, but fewer members can lie down. But if you lay it down horizontally, then more members can lie on it, even if your legs end up touching the floor. That was why we ended up disagreeing.”

Yugyeom and Youngjae then revealed with a laugh that the two members involved in the fight had been JB and Jinyoung. Jackson commented, “I was there at the time. I was looking at my phone when suddenly, it seemed like they were filming a drama right next to me.”

Jackson and BamBam then hilariously reenacted the fight for the audience’s enjoyment. 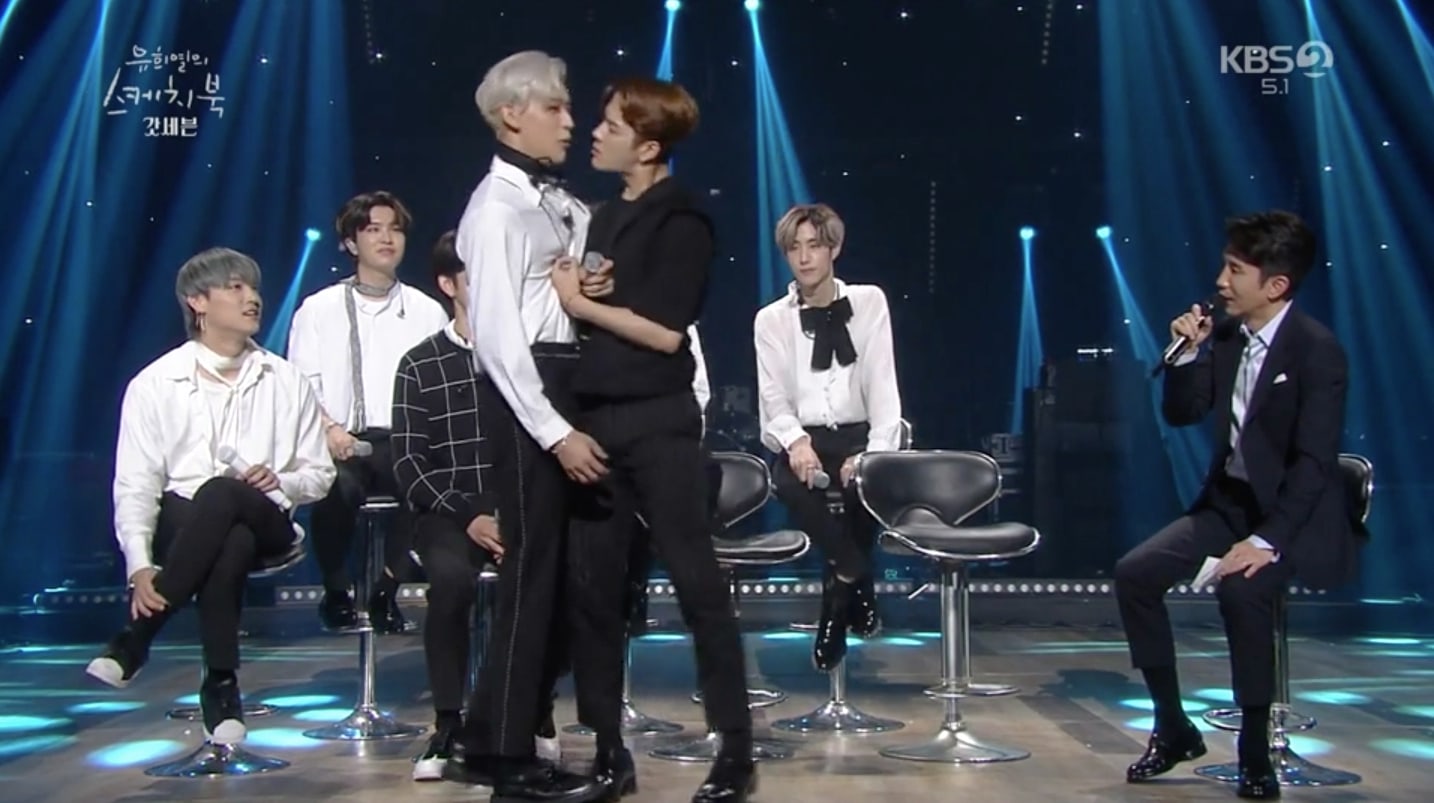 Jinyoung went on to recall that, in the end, Jackson had broken up the fight and helped him and JB to reconcile.

Check out GOT7’s live performances of “Lullaby” and their remix of “Hard Carry” from “Yoo Hee Yeol’s Sketchbook” below!

You can also watch the full episode of the show here:

GOT7
Yoo Hee Yeol's Sketchbook
How does this article make you feel?