October 1, Around US Entertainment revealed another letter from Highlight’s Yoon Doojoon, currently serving in the military, on Twitter. The letter comes about a month after Yoon Doojoon’s first.

The tweet from Around US says, “[A recruit’s letter] The second letter from recruit Yoon Doojoon to Light has arrived! We ask for words of support for recruit Yoon Doojoon, who is spending a healthy and happy time at training and is preparing for his training completion ceremony.”

Below is Yoon Doojoon’s letter: 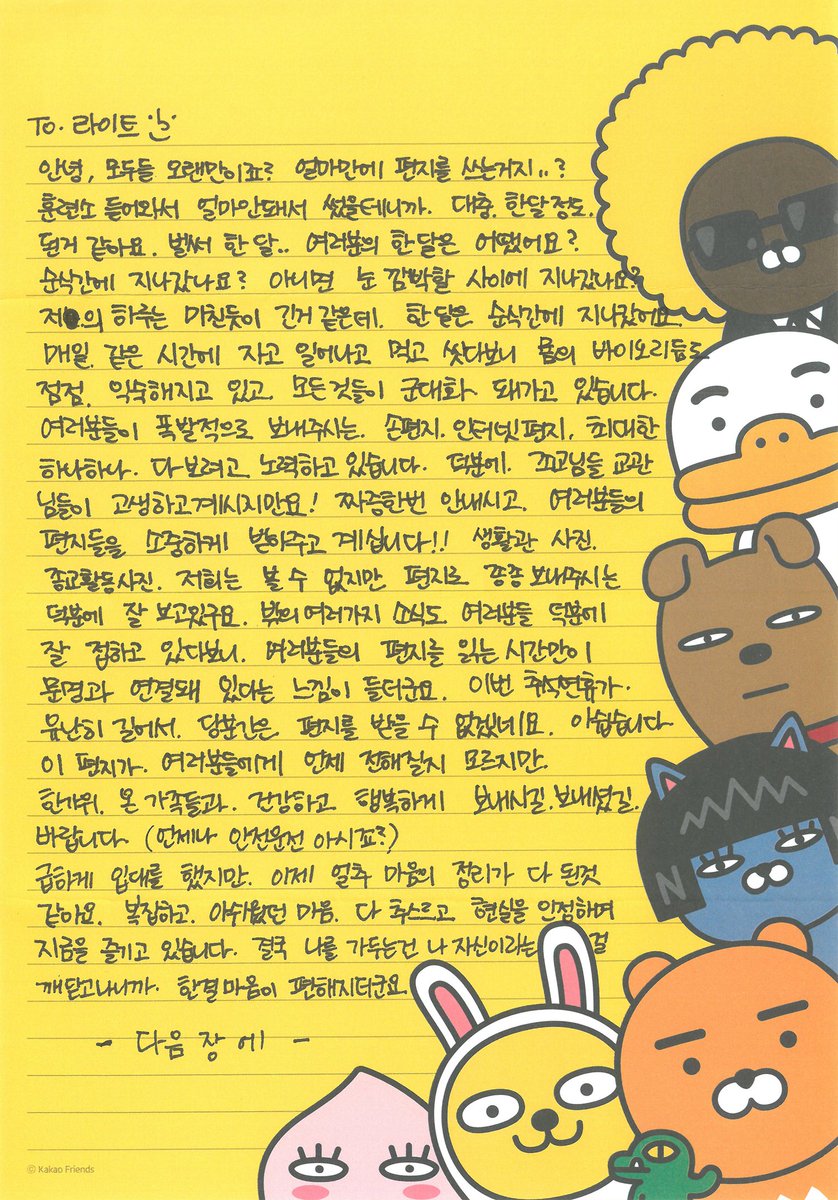 “Hi, it’s been a while, right? How long has it been since I wrote a letter..? I wrote one not long after I arrived at the training facility, so it’s been. Probably. About a month. Already one month.. Did you have a good month? It went by so fast, didn’t it? Did it go by in the blink of an eye? A day for us seems crazy long, but the month went by so fast.

“We sleep, wake up, eat, and shower at the same time every day, so I’m starting to get used to the new rhythm. Everything’s about the military now. The ton of letters that everyone is sending. The handwritten letters. The internet letters. I’m doing my best to read every single one. Though, thanks to the letters, the instructors and the assistants are having a tough time! But they’re not complaining, and they’re carefully holding all your letters! [All the different photos.] We can see any here, but thanks to you sending them to me, I’m enjoying them. And thanks to you, I get to hear news of the outside world. Only when I’m reading letters from you do I feel connected to civilization.

“This Chuseok vacation is especially long, so I probably won’t be receiving any letters for the time being. It’s a shame. I don’t know when this letter will reach you, but I hope you have/had a healthy, happy Chuseok with your family (drive safe!).

“I enlisted pretty suddenly, but I think now I’m mentally prepared. I’ve settled my complicated, unsatisfied feelings and accepted reality. Now I’m having fun, after realizing that I was the one holding myself back. Now, I’m so much more comfortable. [Next page] 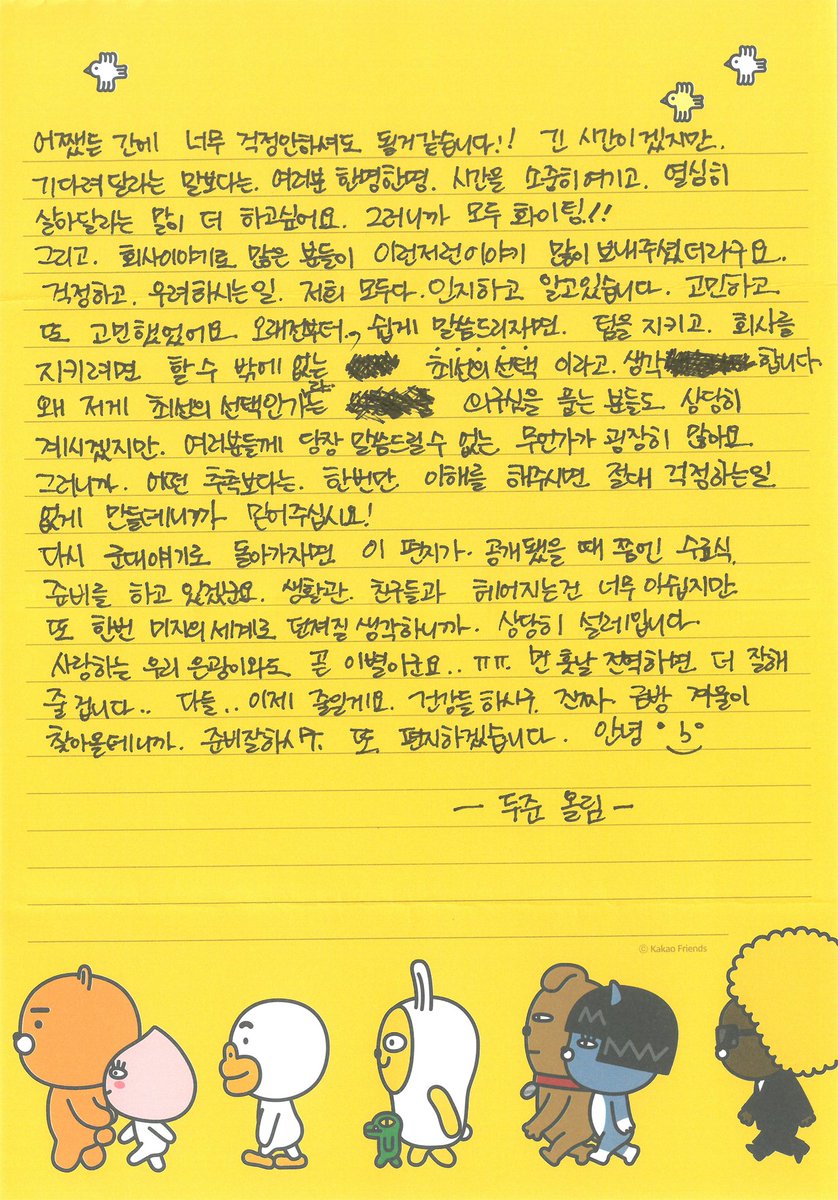 “Anyway, you don’t have to worry!! It’s going to be a long time, but rather than asking you to wait for me, I want to tell each and every one of you to value your time, and live to the best of your ability. Best wishes to everyone!!

“And. A lot of people sent me various comments about the agency. All of us are aware of the things that you’re concerned about. We carefully thought about it, and we thought about it again, since a long time ago. To put it simply, we believe that it’s the best and necessary course of action to protect our team and to protect the agency. Though there will be many who have misgivings about why we think this is the best course of action, there is a lot that we can’t tell you right at this moment. So, rather than speculating, please trust us! If you just make an effort to understand, we’ll make it so that what you’re worried about will never happen.

“Going back to talking about the military. At about the time this letter is revealed, I will probably be getting ready for my training completion ceremony. I don’t want to leave the friends I’ve made here, but thinking about being thrown into the unknown again, I’m excited. This means it’s also goodbye with Eunkwang, whom I love. [crying face] In the far future, when we get discharged, I’m going to treat him even better.. Everyone.. I’ll keep it short. Stay healthy. Winter will be here soon, so prepare well, and I’ll write again. Goodbye.