Kim Soo Hyun’s fans have got a new glimpse at the actor during his military service!

Photos of Kim Soo Hyun with his fellow soldiers at his military base were recently shared on an online community. They show the star looking happy and handsome in uniform. 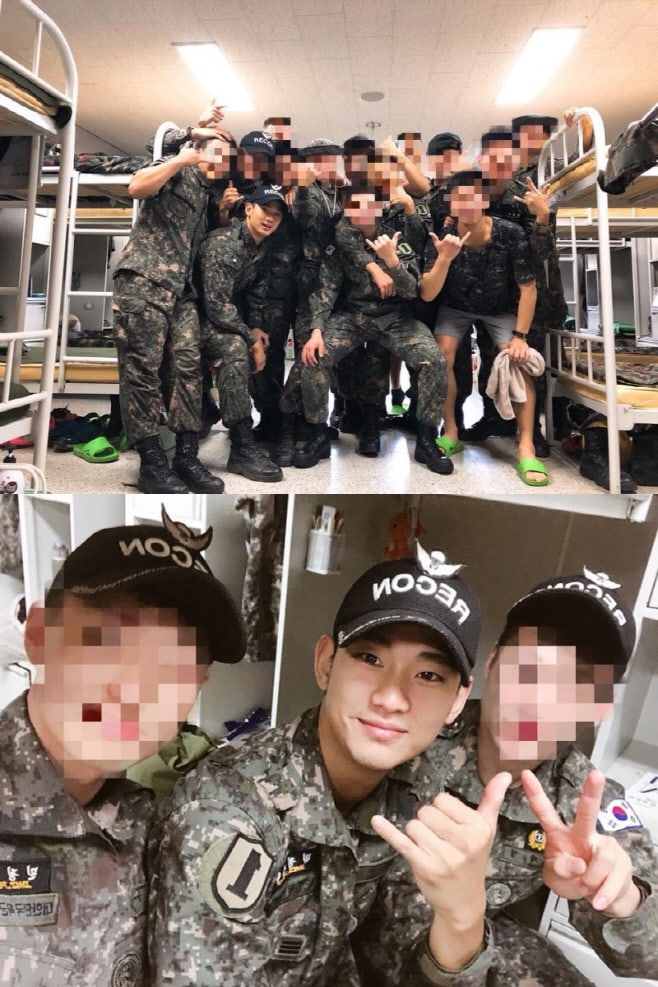 Kim Soo Hyun became a household name through his performances in dramas such as “My Love from the Star,” “The Producers,” “The Moon Embracing the Sun,” “Dream High,” and more, as well as movies including “The Thieves” and “Real.” He enlisted in the army for his mandatory military service in October 2017, before being assigned to the First Reconnaissance Battalion.