Gaon Chart has revealed its chart rankings for the week of September 23 to 29!

GOT7 maintained their position at the top of the physical album chart this week, claiming No. 1 for the second consecutive week with their latest album “Present : YOU.” DreamCatcher’s “Alone in the City” rose two spots on the chart to take No. 2 for the week, followed by BTS’s “Love Yourself: Answer” at No. 3, NCT Dream’s “We Go Up” at No. 4, and The Boyz’s “The Sphere” at No. 5. 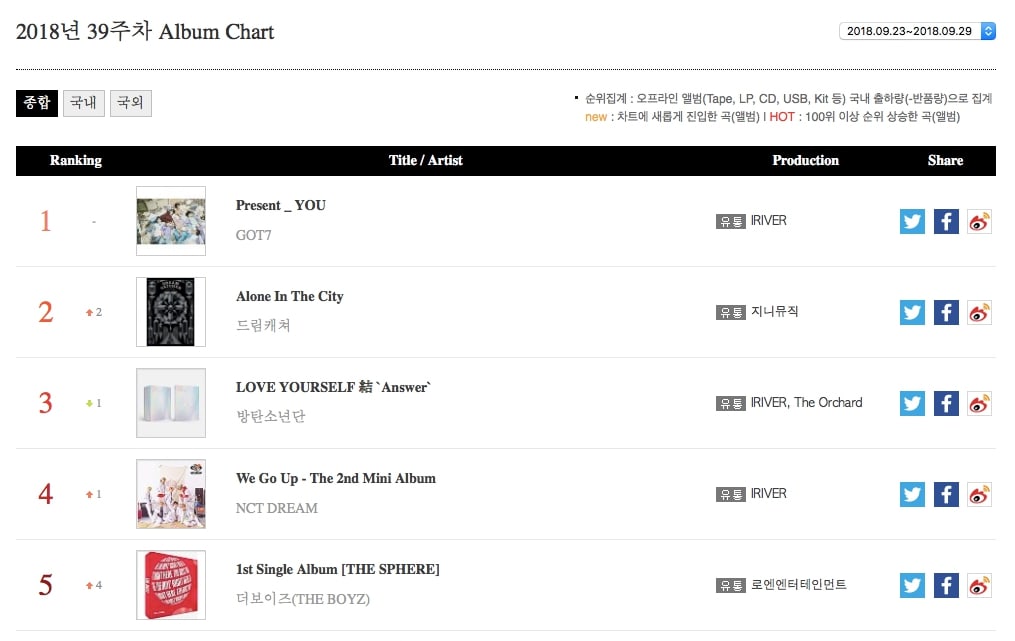 Veteran singer Im Chang Jung swept the digital charts this week with his new hit “There Has Never Been A Day I Haven’t Loved You.” The song topped four different weekly charts, including the overall digital chart, the download chart, and the streaming chart. 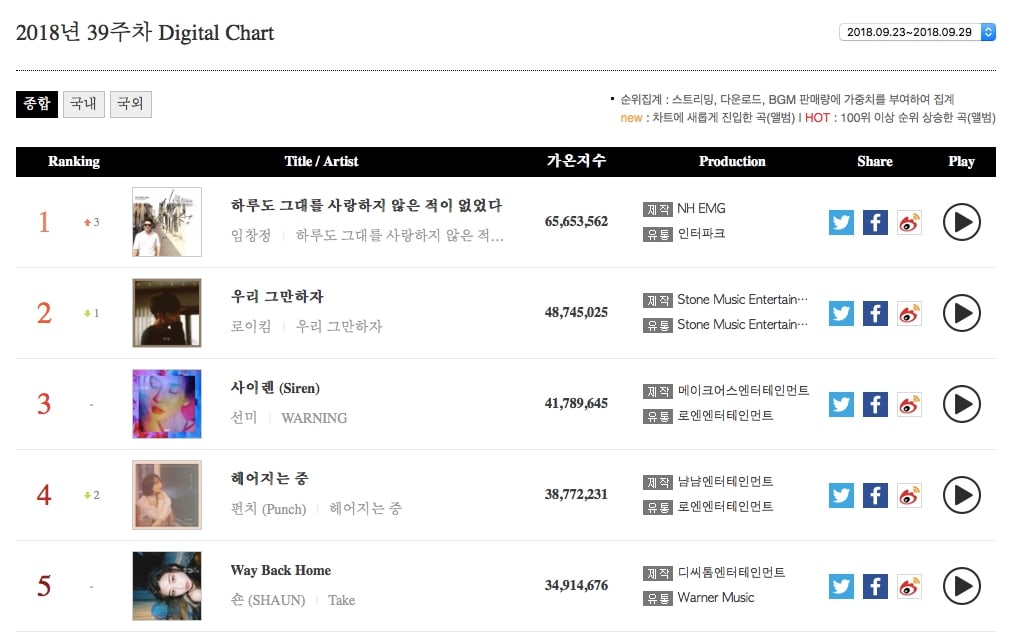 Im Chang Jung’s “There Has Never Been A Day I Haven’t Loved You” also topped Gaon’s BGM chart, which tracks the songs that people purchase to use as background music for their blogs and KakaoTalk profiles. BTS’s “IDOL” came in at No. 4 for the week. 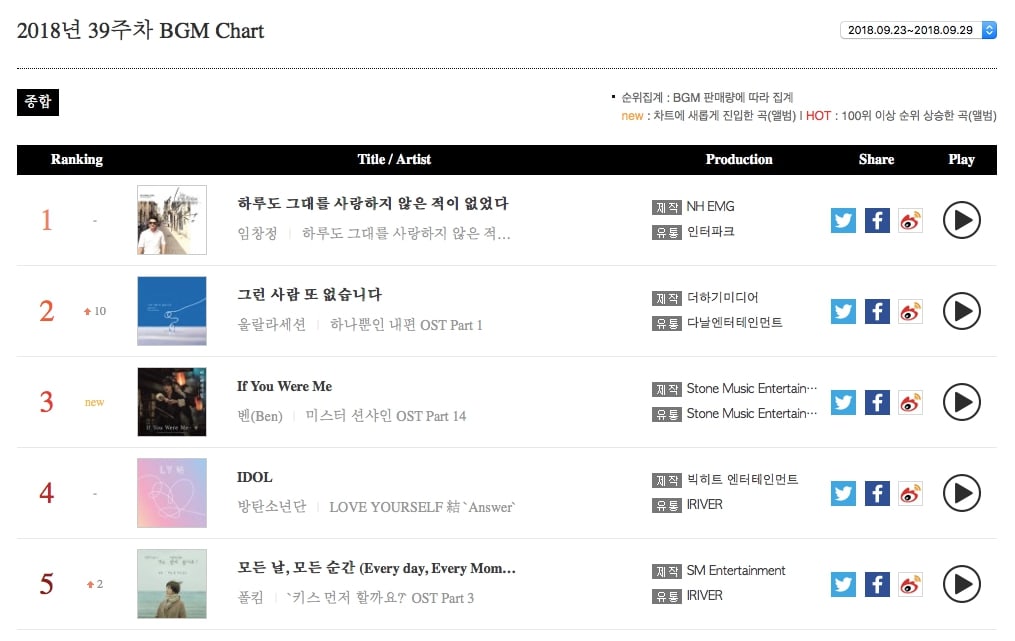 Finally, BTS continued their reign over the social chart, sweeping the top three spots in this week’s rankings. BTS’s “IDOL” held onto its spot at No. 1, followed by “Fake Love” at No. 2 and “DNA” at No. 3. T-ara’s Hyomin maintained her position at No. 4 with her new single “Mango,” while Girls’ Generation’s new unit Oh!GG rounded out the top five with “Lil’ Touch.” 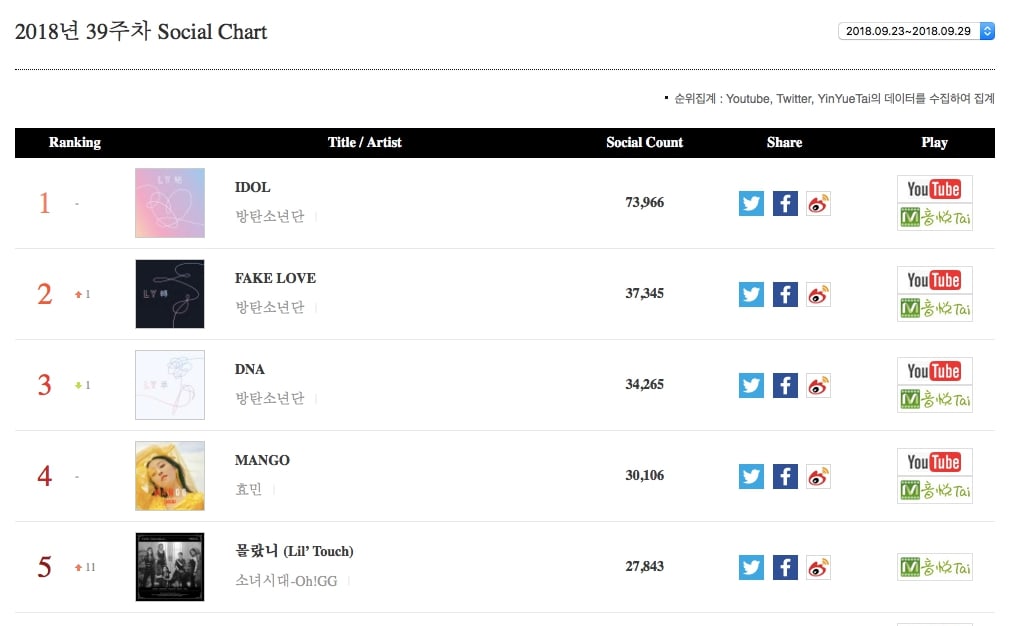