INFINITE’s Nam Woohyun has announced his plans for his first-ever solo concert!

Eight years after his debut, Woohyun will be holding his very first solo concert “Arbor Day” from November 2 to 4. The concert will feature a live band and will give fans a chance to see Woohyun showcase his vocal talents as a solo artist, rather than as a member of INFINITE.

Not only will Woohyun be performing his tracks from his solo mini albums, but he is also preparing a variety of other songs and performances that will highlight his individual charms.

INFINITE’s agency commented, “Nam Woohyun is currently hard at work in order to prepare his coolest concert yet, with more substance than ever before. Please look forward to his first solo concert ‘Arbor Day,’ at which you will be able to see new and different charms that weren’t visible at INFINITE’s concerts.”

Woohyun recently made a comeback with his second solo mini album “Second Write..” and is also currently starring in the musical “Barnum: The Greatest Showman.”

His solo concert “Arbor Day” will take place from November 2 to 4 at Blue Square, a venue in the Hannam neighorhood of Seoul. 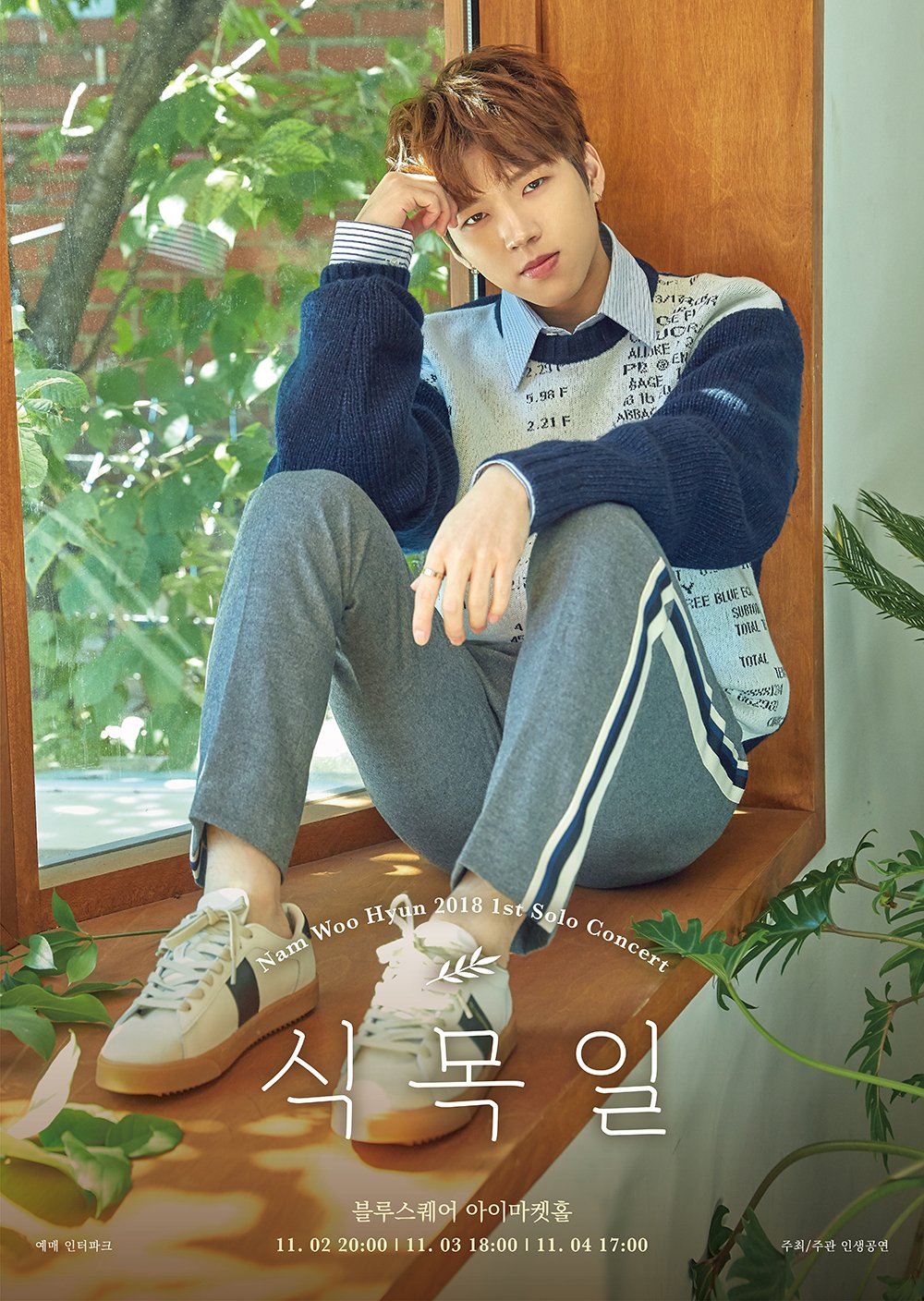