Have you ever seen a gang of four scammers and prosecutor team up in a drama before?

That’s exactly what happened in OCN’s “The Player.” The refreshing action drama tells the story of the best “players” of different fields joining together to steal black money. The con artist with the ultimate plan, the country’s best driver, the genius hacker, and the top notch fighter will team up to achieve a new kind of justice. Not only that, but they also join hands with a wise prosecutor who is eager to fight for justice.

Here is a timeline of how this peculiar relationship started:

Kang Ha Ri (played by Song Seung Heon) played a crucial role in arresting Cheon Dong Sub (played by Kwak Ja Hyung), a vile man who is known to be Gangnam’s king of private loans. In order to collect information on Cheon Dong Sub’s illegal activities, he drew in Im Byung Min (played by Lee Si Eon), a hacking master who hates the loan shark for putting him through misery before.

The USB, which contained the information, was delivered to the prosecutor’s office and was the decisive evidence that allowed Cheon Dong Sub to get arrested.

Formation of the four players & punishment of Ji Seong Gu

After helping Cheon Dong Sub get arrested, Kang Ha Ri scouted Cha Ah Ryeong (played by f(x)’s Krystal) to be on his team of scammers. The four players targeted a group that owns hidden assets worth 8 billion won (approximately $7.1 million). According to information collected by Im Byung Min, Ji Seong Gu (played by Kim Sung Cheol), the youngest son of the chairman, sexually assaulted women, but did not pay the proper price, and his father was mending his son’s criminal behavior with money.

In response, the four-member group organized a punishment for him and disclosed the criminal history of the group in detail at the banquet hall where Ji Seong Gu was inaugurated as the president of the Hyungjin Cultural Foundation. Once again, Kang Ha Ri sent the USB with all the evidence to the prosecutor, and the prosecutor was able to arrest Ji Seong Gu and his father because of it.

Redeeming the slush fund of the pardoned Cheon Dong Sub

Cheon Dong Sub, who had been in prison, was granted preferential treatment and was confirmed to be released from prison. Knowing that, Kang Ha Ri visited him at prison under the guise of a prosecutor to ask where he hid his slush fund, and Cheon Dong Sub was tricked into hiding the proceeds of the crime.

The team player managed to recover 20 billion won (approximate $17.7 million) of criminal profits just before Cheon Dong Sub was released from prison. Prosecutor Jang In Gyu (played by Kim Won Hae) showed up at the prison with a van full of Cheon Dong Sub’s illegal money and congratulated the loan shark for becoming really broke before taking the money for evidence. How, then, did the conman team’s money come under the supervision of the prosecutor? 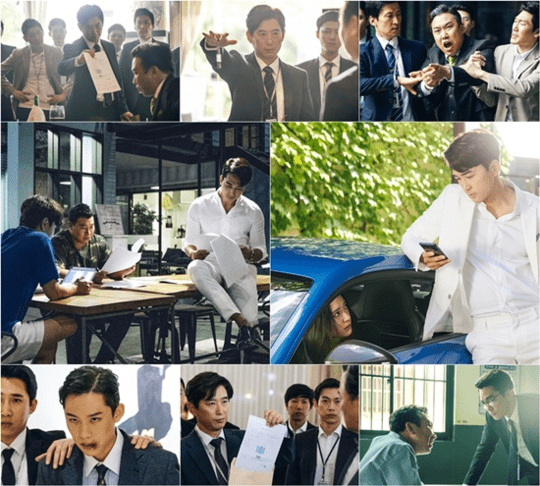 The production crew explained, “During today’s [October 6] episode, the process of how the prosecutor ended up joining hands with the players he tracked down will be revealed.”

Start watching “The Player” if you haven’t already!