BTS will be on the cover of an international issue of TIME Magazine!

On October 10 (local time), TIME Magazine posted the group’s cover photo, along with an interview that accompanied the shoot, on their official website.

The interview titled “How BTS Is Taking Over the World” views how the group has worked towards becoming a worldwide sensation.

In the interview, J-Hope stated, “Something unique about our team is that we recognize the value of the team. This has an influence on our promotions as well.”

In English, BTS’s leader RM stated, “As a Korean we love our country and we’re proud of our country so much. And it’s even just an honor to be called an ambassador of Korean K-pop.”

Suga also remarked, “Many people in our parents’ generation were born after the Korean War. When they were younger, they weren’t able to eat or dress well, so the fact that in our generation, we — our father’s sons — are representing Korea and spreading Korean culture, the older generation, rather than the younger generation, feels more proud about that. They also enjoy it while watching the news. My father gets very pleased feeling proud about things like that.” 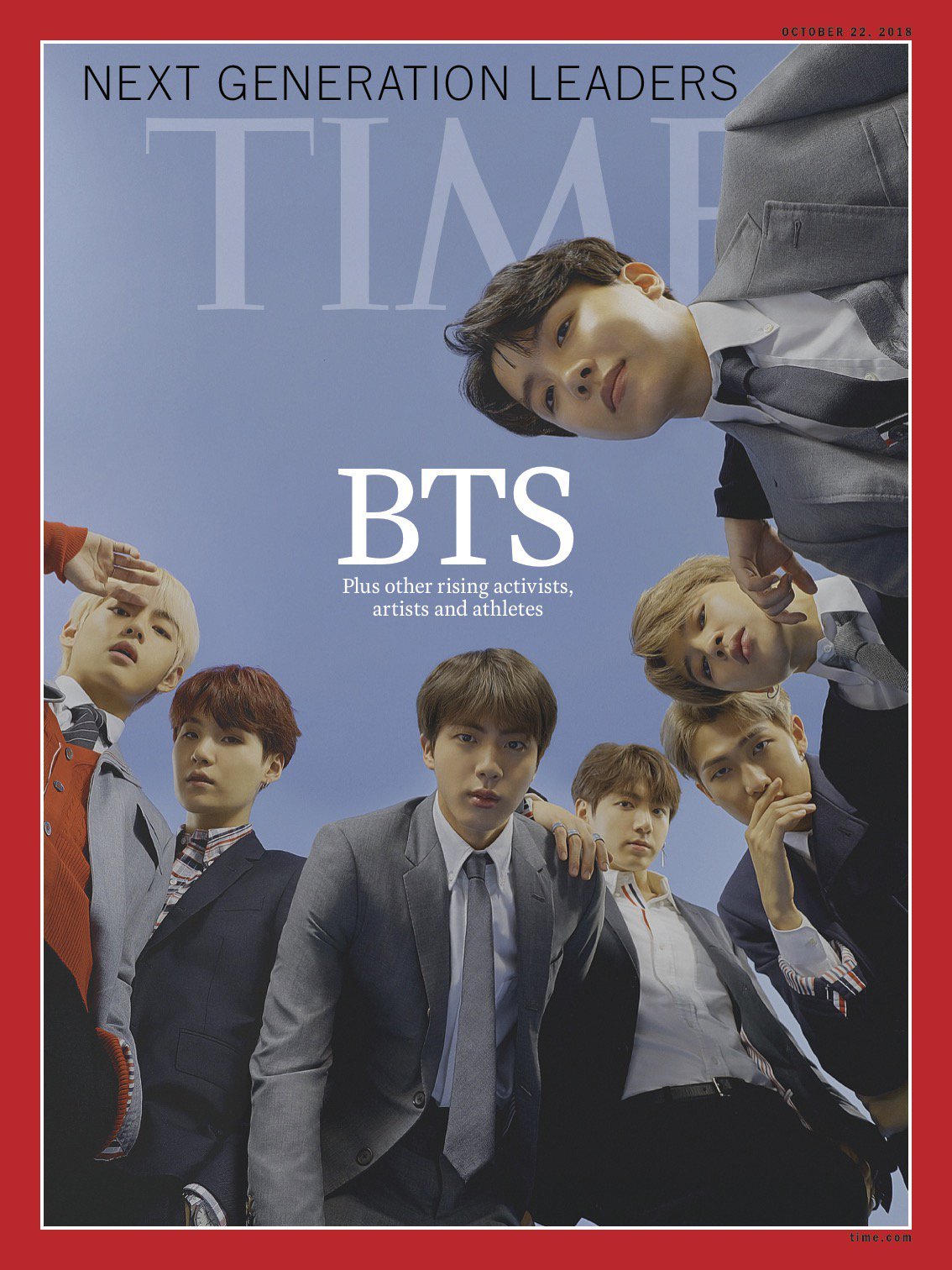 BTS recently completed the U.S. leg of their sold-out “LOVE YOURSELF” tour, where they put on a historic show at the Citi Field stadium in New York City. On October 10, the group performed at the O2 Arena in London.

BTS
Time Magazine
How does this article make you feel?