The popularity of Sehun’s movie “Dokgo Rewind” is rising.

“Dokgo Rewind” was released on September 7. The mobile movie is based on the webtoon by the same name, which tells the story of three high school students, who led very different lives, joining forces together to fight against school violence. EXO’s Sehun, Jo Byung Gyu, Ahn Bo Hyun, and gugudan’s Mina appear in the film.

On October 11, it was reported by several news outlets that “Dokgo Rewind” reached 4 millions views in total. Sources from the film revealed, “We signed publication contracts with Japan, Taiwan, North America, South America, Europe, Middle East, and Oceania.” The power of signing so many contracts is based on the requests from fans all around the world who want to see “Dokgo Rewind” in their countries. This is just the beginning of the film’s worldwide popularity.

The film’s director Choi Eun Jong recently posted on Instagram to celebrate that the movie has surpassed 10 million views, combining views from the platforms Oksusu and KakaoPage, and posted two screenshots from the platforms. “Thank you so much to everyone who has loved ‘Dokgo Rewind,” he wrote.

When later asked in comments if he had seen the news reports, Choi Eun Jong replied, “Yes, I saw. It seems to be views from paid services.” After a request for clarification, he responded, “To be honest, I’m not sure either, because the production company confirms and manages the total view data. It seems that the platform and production company are probably looking at separate statistics.” 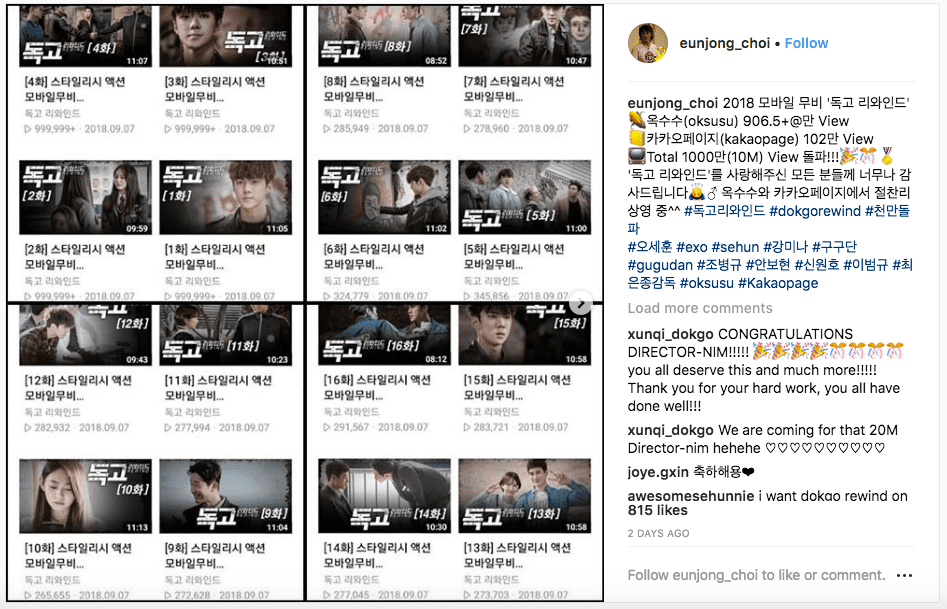 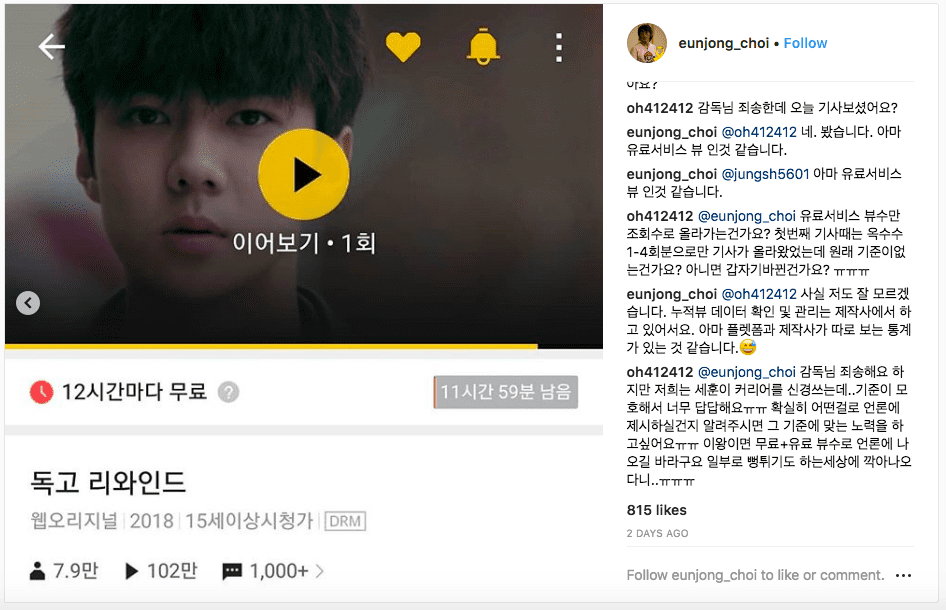 You can also check out “Dokgo Rewind” on Viki soon. Tune in for more updates!

Update: This article has been edited to include Choi Eun Jong’s post.