SECHSKIES Updates Fans About Their Comeback Status During Their Concert

On October 14, SECHSKIES held their concert “Now: Here: Again” at the Olympic Gymnastics Arena in Seoul. 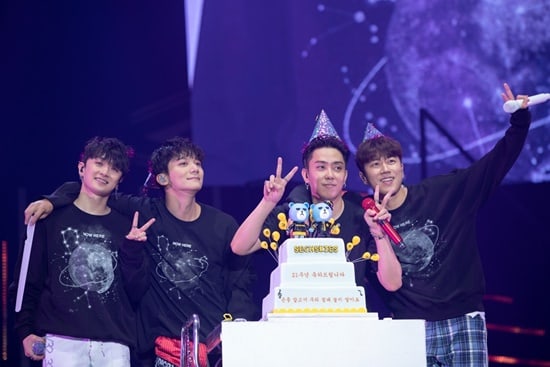 During the concert, Eun Ji Won brought up their delayed comeback, saying, “About our future plans… I regret not being able to meet you guys more often. Just like Yang Hyun Suk said, we’re going to come back with good music.”

He continued, “We’re taking a lot of time to pick the songs, it’s not easy for us to decide. We’re working hard on recording and will soon be in front of our fans again with an upgraded image. Big concerts are good, but even if it’s a little concert, we want to see you at every opportunity.”

SECHSKIES’ upcoming comeback was announced to be delayed not long after member Kang Sung Hoon came under fire for a series of controversies. Kang Sung Hoon had also previously withdrawn his participation from the concert.