On October 14, BTS performed at the concert “Resonance of Korean Musicians” in Paris, France.

South Korean president Moon Jae In and the first lady Kim Jung Sook were both in attendance at the concert, which was designed to promote friendly relations between Korea and France.

The concert featured both traditional Korean music, as performed by Black Spring and MoonGoGo, and K-pop performances from BTS. After their performance, BTS said, “It is our honor to be able to participate in a meaningful event like this in Paris.” 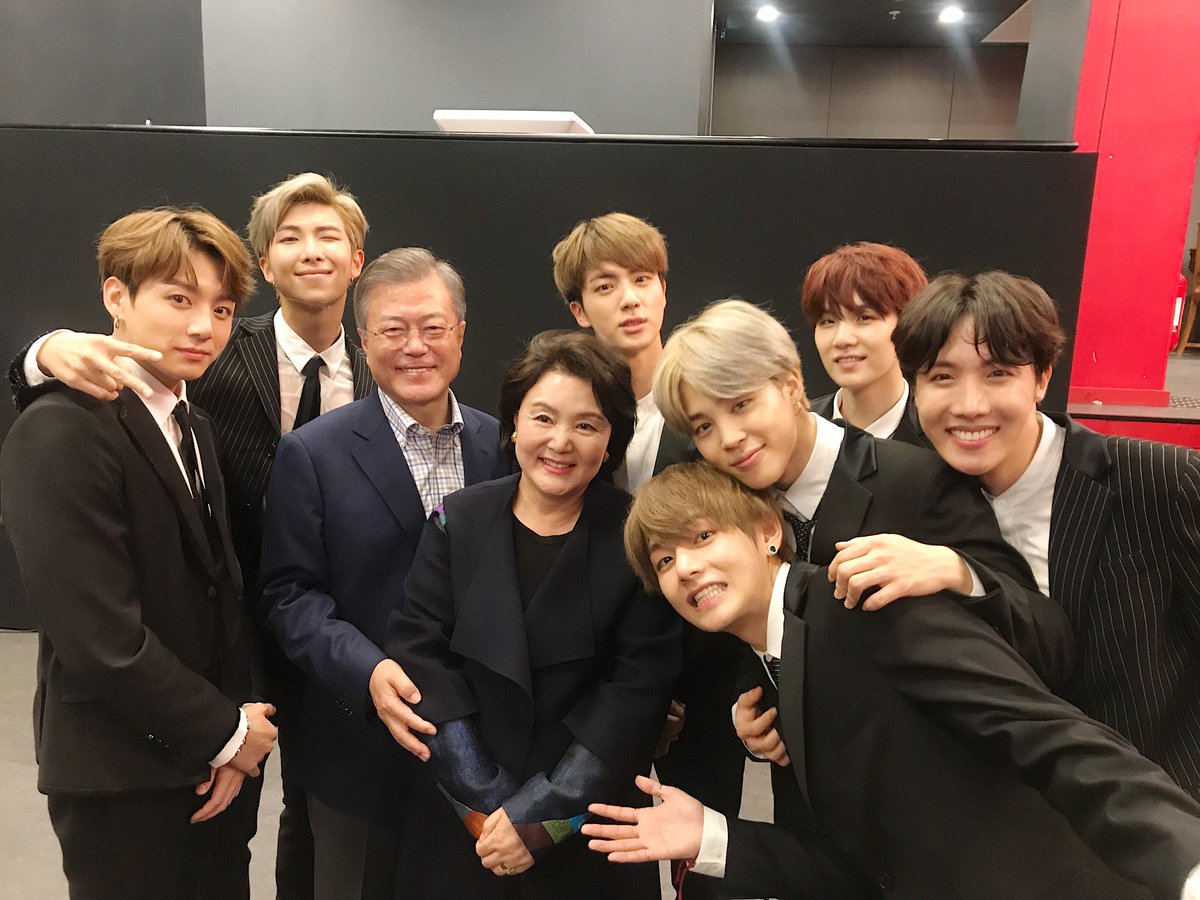 After the concert, President Moon shook hands with the performers, including BTS, and exchanged a hug with RM. BTS had previously been congratulated by the president on their Billboard success, and the group received commemorative watches with his name engraved on them from the First Lady during their trip to the United Nations.

The South Korean president is currently on a tour of Europe and plans to meet French president Emmanuel Macron on October 15. BTS is also in the middle of the European leg of their world tour and will return to perform in Paris again later this month.

BTS
Moon Jae In
Kim Jung Sook
How does this article make you feel?