In the world of “Rampant,” zombies have near overrun Joseon. Prince Lee Cheong (Hyun Bin) returns to Joseon from imprisonment and takes up the battle against the zombies. Meanwhile, Kim Ja Joon (Jang Dong Gun) sets forth his final plan to bring an end to the world as they know it.

Director Kim Sung Hoon said, “Imagining a creature flick set in the palace, we started thinking about zombies, and the final product is ‘Rampant.’ I’m a fan of fun blockbusters; I hope people will just have fun and enjoy the ride. We worked hard on it.” 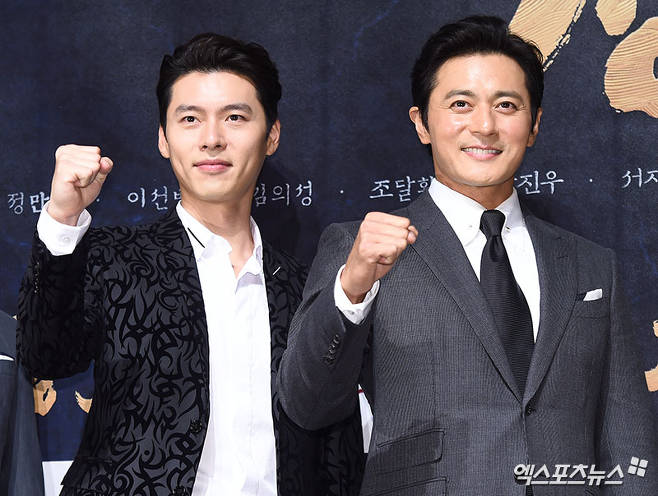 Hyun Bin said he had just seen the final version of the film for the first time, and that he was so nervous. Kim Ui Sung likened it to a trip to the dentist. “I tried to relax, but I was tense the whole time.” Jang Dong Gun added, “You can tell in the film how much hard work the actors put in.”

On what it was like filming for the movie, Hyun Bin said, “Action scenes with the zombies were difficult. We had to practice a lot of swordsmanship, but while it was really hard, we improved that much more, and I think it came out well in the film. Because there was risk of injury in the action scenes with the zombies, I remember being constantly on alert while filming.” 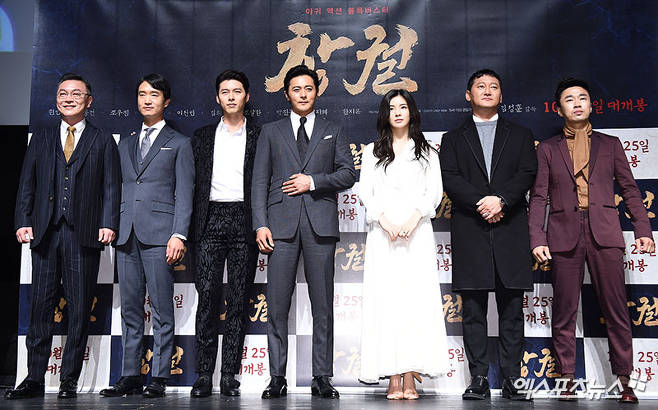 Lee Sun Bin tried her hand at archery for the first time for “Rampant.” She said, “[The director] said he wanted my handling of the bow to be very natural, almost like a habit, so I practiced a lot. I also worked hard in a scene where I’m riding a horse and shooting arrows, but it didn’t make it in the film, so I’m sad. But filming was really fun.”

Jo Dal Hwan said, “The movie has a good message and tells a human story, but I think the most important thing is the pure entertainment. I had fun watching it, and I hope everyone will enjoy the movie as well.”

“Rampant” premieres on October 25. Watch the trailer below. 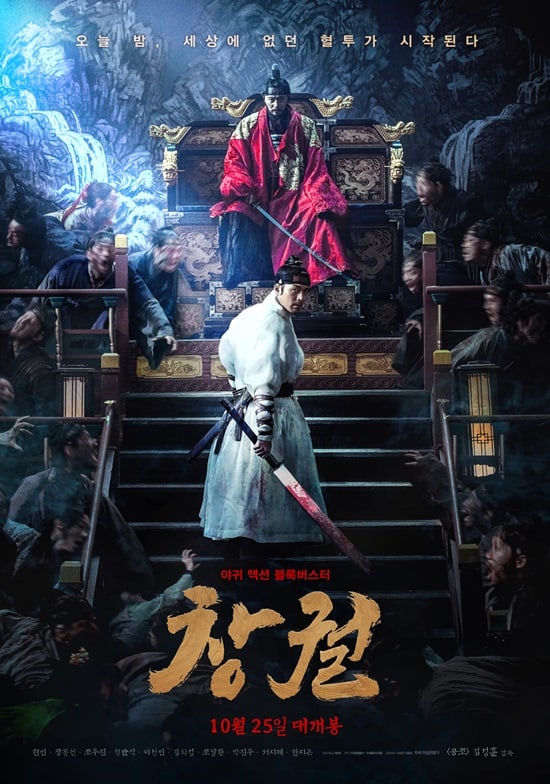