Jun Hyun Moo talked about his relationship with Han Hye Jin on the latest episode of MBC’s “Radio Star.”

When asked how Han Hye Jin shows jealousy, Jun Hyun Moo explained, “If I tell her that I filmed a broadcast with an actress or a girl group, she doesn’t get childishly jealous but asks, ‘Who’s the prettiest there?’ You can’t get caught up there. You have to say that they’re not all that great, and that they’re all weird.” 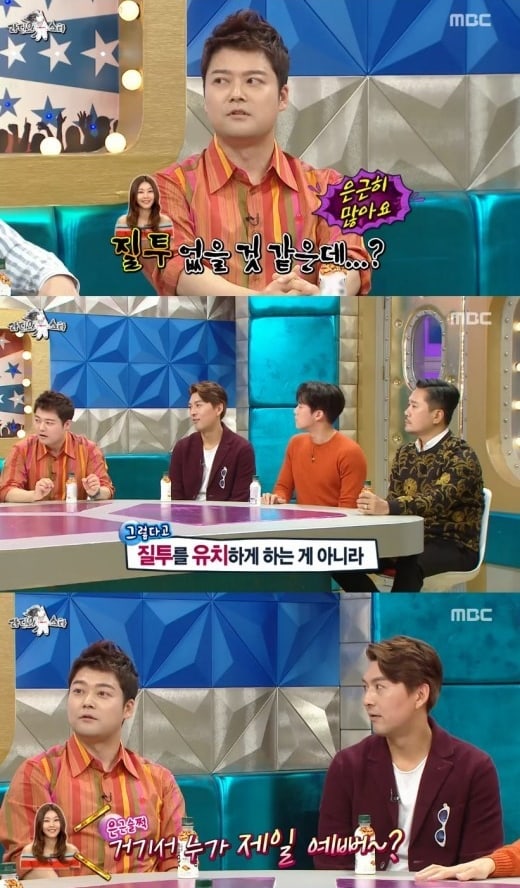 While talking about filming MBC’s “Unexpected Q,” Jun Hyun Moo said, “In order to make up a story, I said, ‘After Han Hye Jin and I fight, she doesn’t laugh on ‘I Live Alone.” There was only one time where we filmed after getting into a fight, but people said that we fought because she didn’t look happy. She wasn’t feeling well, but people assumed that we fought. Now when we fight, she exaggerates and laughs.”

Jun Hyun Moo’s jealousy was then tested when Ha Seok Jin revealed that he almost went on a blind date with Han Hye Jin. After hearing this, Jun Hyun Moo commented, “I suddenly feel wide awake.” He later added, “It doesn’t matter. I don’t care about the past,” but his facial expression said otherwise.

When Ha Seok Jin explained, “We indirectly [went on a date] by talking on the phone,” Jun Hyun Moo made everyone laugh by asking, “Anyway, you didn’t actually date, right?” 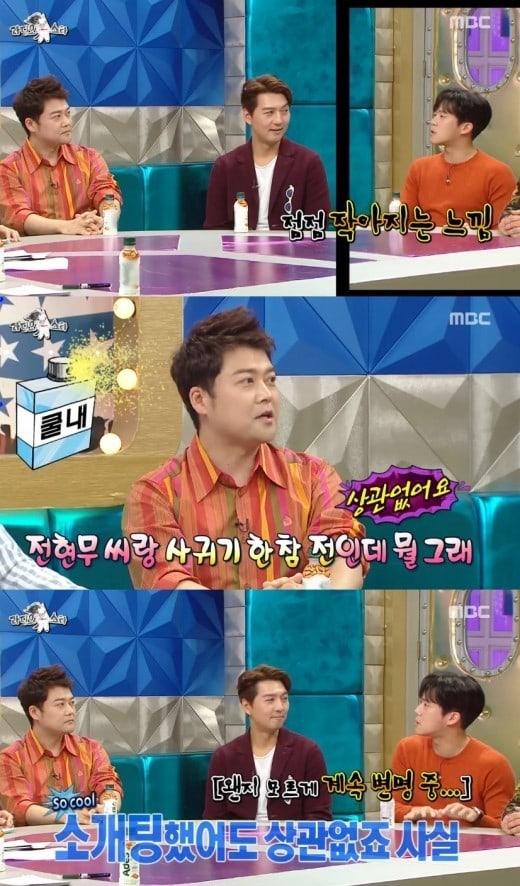