Apink’s Son Naeun shared what it was like to film her upcoming film “The Wrath”!

At a press conference for the movie on October 17, Son Naeun talked about taking on the horror genre for the first time in this new film, which also stars Seo Young Hee, Park Min Ji, Lee Tae Ri, and more.

“It was a genre that I really wanted to try at some point,” she said. “I felt a lot of pressure and was worried about it, but the director gave me a lot of help and shared films and books that I could use as references, so I think I was able to be well-prepared. The director, staff, and my fellow actors also helped me a lot so I was able to have fun on set even though it was a horror film.”

Son Naeun also talked about wearing fake blood makeup for the first time during filming, and said it gave her goosebumps whenever she saw it. “There were also a lot of people who were surprised because it looked so real,” she said.

“The Wrath” is a remake of the 1986 film of the same name, and Son Naeun was asked if she referenced the original when preparing. “I was considering whether or not I should watch it, but the director suggested that I didn’t,” she explained. “So I think I created a character that’s all my own on set through my own thoughts about it and discussions with the director.” 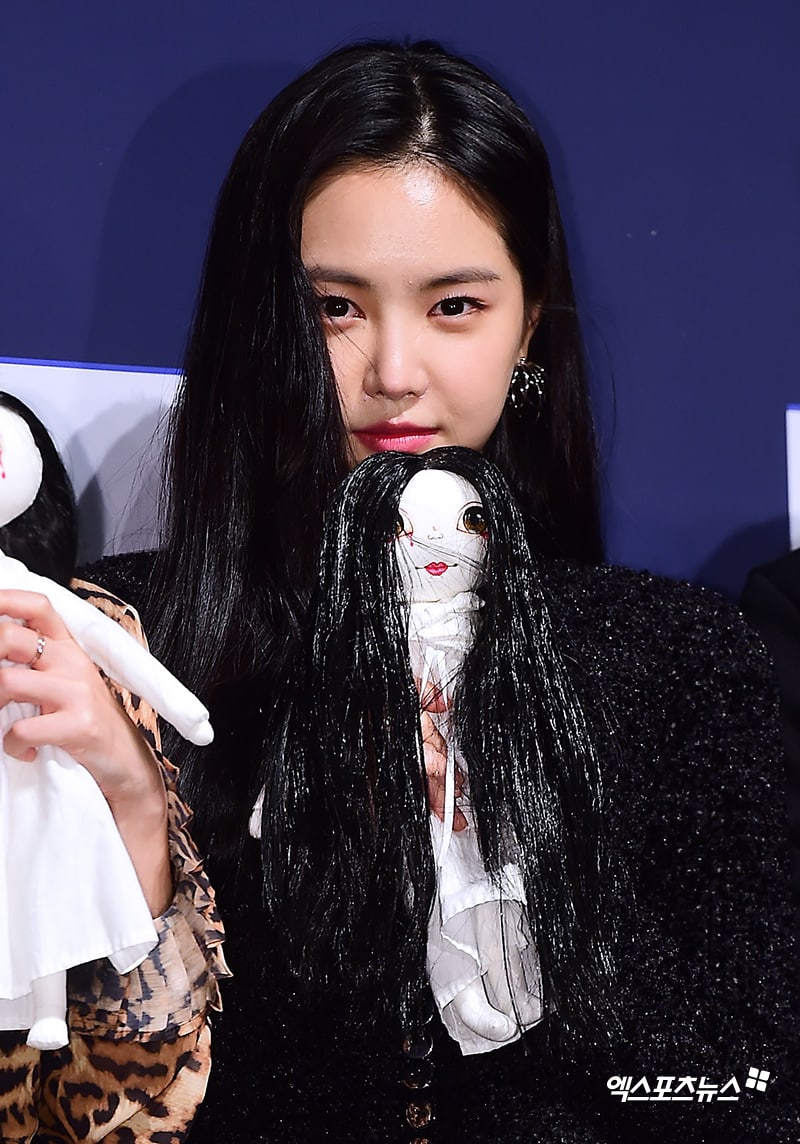 Son Naeun was also asked to tell the story of how she saw a ghost while filming — which is often considered to be a sign that a project will do really well.

She explained that the lodgings on set are well known for being haunted. In the middle of the night, she was drying her hair there after showering when a light powered by a motion sensor turned on by the front door, so she went to check. She found that the door was slightly open, and she saw the silhouette of a man.

“I thought it was my manager and went to talk to him, but then the door closed,” she said. She explained that when she went down after finishing drying her hair and asked her manager if he’d come upstairs, he told her he’d been sleeping in the car. “When I thought about it later, I got goosebumps,” she said.

Her co-star Seo Young Hee said, “I was also showering at the same time and I got the feeling that there was someone coming inside. I was the only one with a key so no one could have come in. Naeun and I both had the same experience at the same time.”

When it was brought up that it might have been a manager who has keys to all the rooms, Lee Tae Ri joked, “Even if it really was a manager, we should believe it was a ghost because it’s a sign of success.”

“The Wrath” hits theaters in Korea on November 8. Check out a trailer here!