Earlier this week, the drama also revealed photos of Song Hye Kyo in character as the elegant but lonely daughter of a politician. Park Bo Gum, in contrast, plays an ordinary and innocent young man who finds happiness in the little things in life.

One of those small happinesses appear to be literature, as all the new photos show Park Bo Gum’s character reading a book. Dressed in a casual shirt and slacks, he listens to music and reads with a small smile on his face, somehow managing to give the impression of total ordinariness and extraordinary good looks at the exact same time. 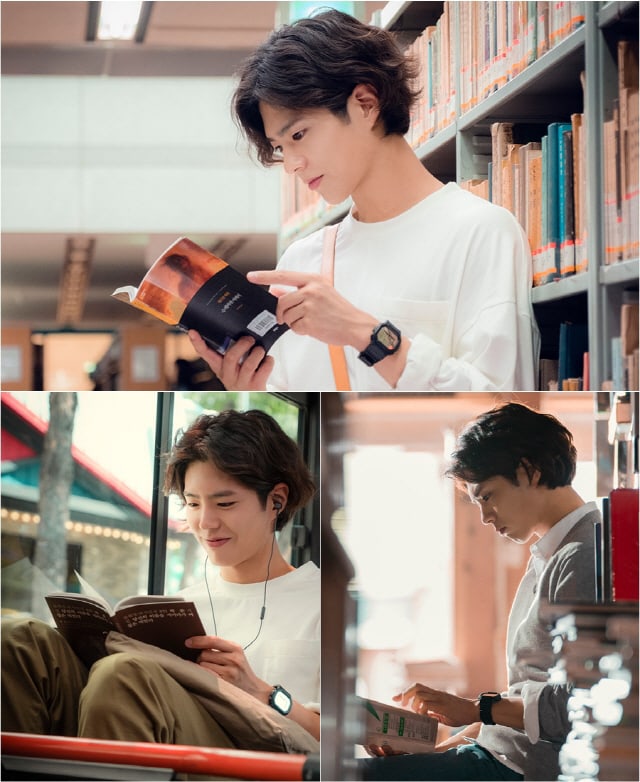 The production staff of “Encounter” stated, “From the very first filming, Park Bo Gum slipped into the character of Kim Jin Hyuk like a second skin. His innocent smile and his natural manner captured the hearts of the staff as well. Please look forward to the onscreen result.”

Park Bo Gum
Encounter
How does this article make you feel?