On the October 17 broadcast of MBC’s “Radio Star,” Ha Seok Jin appeared as a guest on the show.

During the show, Ha Seok Jin talked about his kiss scenes for his acting projects. When asked if he was a good kisser off-camera as well, he replied, “That’s not something I can evaluate, is it? People call me a ‘kiss master,’ so I thought about if I knew of any know-hows to kissing. Because it’s a show and [the kiss scene] needs to be shown on screen, I think I use my hands well. Then [the kiss scene] appears more appealing to the eye.”

He continued, “I searched ‘Ha Seok Jin Kiss Scene’ on YouTube and saw that two of the videos combined had 20 million views. It’s not just a meeting of two mouths, it’s a communication with the other person.” 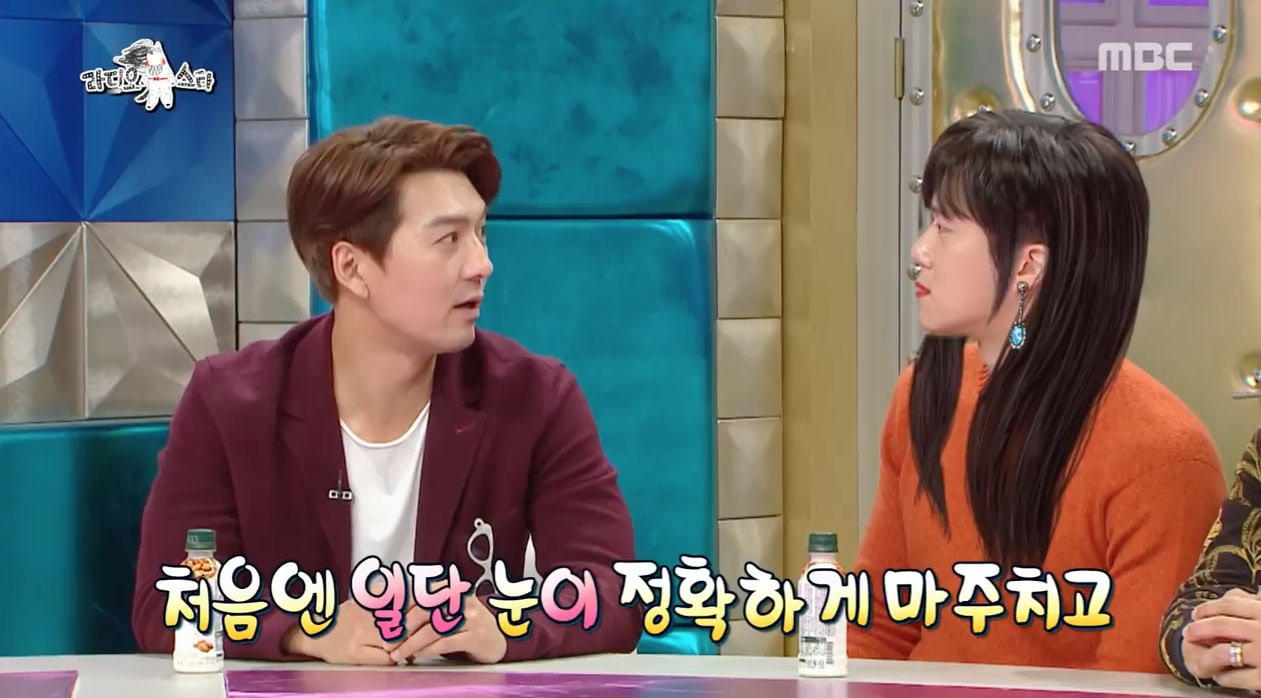 Later, Lee Pil Mo was also asked about his kiss scenes. He talked about his own kiss scene know-hows as he stated, “I first meet [the other person’s] eyes and push their hair back with my hands. You have to stop at the very last moment. This represents purity.” His explanation caused the entire room to burst out in laughter, but he continued, “Then, you look at them in the eyes and kiss them.”

He later added, “I don’t plan [the kiss scene] out with the other actor. I just tell the actress, ‘Just trust in me. Look into my eyes.'” In reaction to his cheesy explanation, the studio couldn’t help but laugh and jokingly cringe.