10 Spooktacular K-Dramas To Haunt You This Halloween

It’s that time of the year again, where the pumpkins are carved and the bats come out to play!

K-dramaland is populated with plenty of fantastical dramas that can put you in spooky spirit, but there are some that can really send chills down your spine. Well-known fan-favorites such as “Master’s Sun” and “Oh My Ghostess” will undoubtedly pop into your mind, but here are 10 more that are just as fine!

So dust off your broom stick, and get your witch’s hat. It’s time to take flight… watch out for that black cat!

Disclaimer: Heebie-jeebies alert! The writer of this article will not be responsible if you have trouble falling asleep at night! 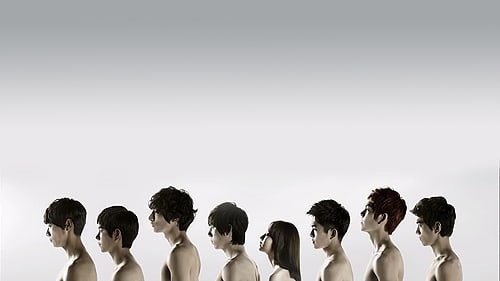 The title “White Christmas” may sound innocent enough, but the students of Soo Sin High School are anything but. During a Christmas break, a few of the students are snowed in and unable to leave the campus. They begin to receive threatening letters, and after one of their own is killed, they realize there is a murderer among them. This psychological thriller shows just how ruthless man can be when it comes to one’s own survival, and the lines between assailants and victims are blurred.

Fun fact: This drama is also the start of the beautiful friendship known as the “Model Avengers” squad, which includes then up-and-comers Kim Young Kwang, Lee Soo Hyuk, Kim Woo Bin, Sung Joon, and Hong Jung Hyun. Imagine them not getting the chance to bond over this project. Now that’s the real nightmare! 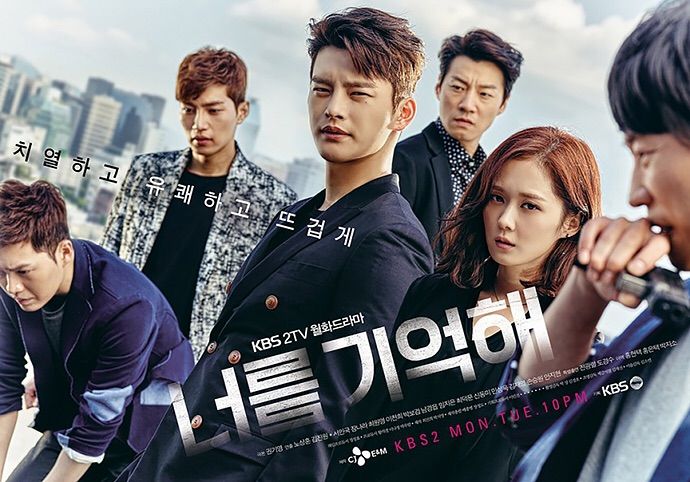 This drama takes on the notion of “nature vs. nurture” to a whole other level, as it explores how a child can grow up to be a psychopath. Profiler Lee Hyun (Seo In Guk) and Detective Cha Ji An (Jang Nara) team up to solve a series of cases which all seem to be connected to the disappearances of their respective family members, many years ago.

This drama draws attention for the solid performances by the cast, especially that of Park Bo Gum, who veers from his usual more light-hearted roles and delves deep into a more dark and disturbing one. The cameo by EXO’s D.O. is also one to remember for being absolutely unsettling. 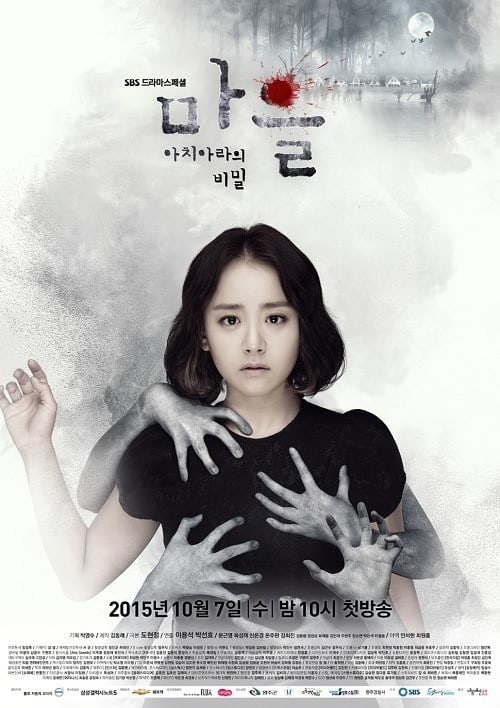 English teacher Han So Yoon (Moon Geun Young) receives a mysterious letter that leads her to a seemingly idyllic village called Achiara. On her first day there, she stumbles across an unidentifiable corpse. Together with rookie cop Park Woo Jae (Yook Sung Jae), they try to solve the murder, but unwittingly uncover even more twisted secrets which the townspeople are hiding. This is definitely one village you would never want to come across! 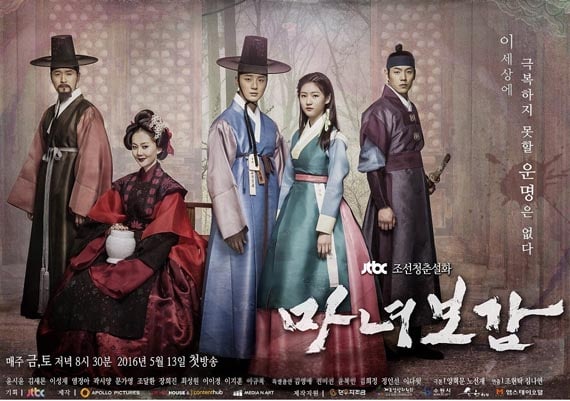 The title itself brings to mind images of curses and voodoo, and that is exactly what we’re getting from this drama. When the Queen (Jang Hee Jin) realizes she is unable to conceive, she resorts to using black magic to steal fetuses right from a shaman’s womb. The Queen eventually gives birth to twins, but not without a price, as the twins are cursed to die at an early age. In an effort to stop this curse, the Queen transfers the curse from the prince to the princess, then disposes of her.

The stunning visuals of this drama is heavily juxtaposed with the intense and dark story line. In fact, being on a cable channel probably allowed the production to really commit to some of the more disturbing, and frankly, really freaky scenes in the earlier episodes. If you’re fascinated with the occults, than be sure to check this drama out! 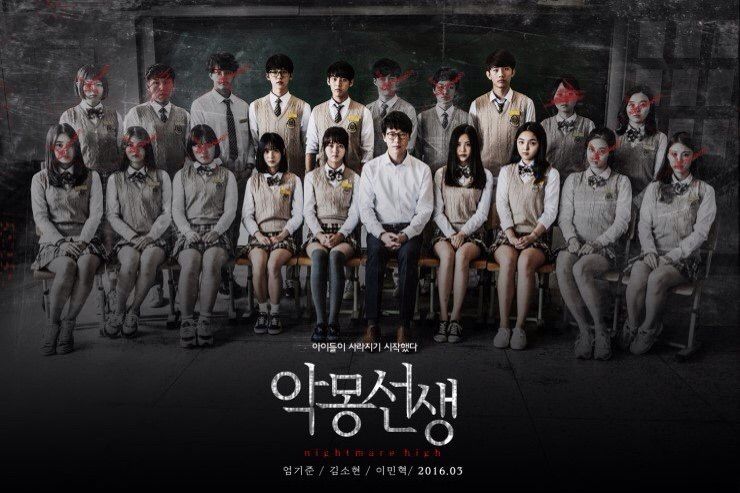 When the classmates in Kang Ye Rim’s (Kim So Hyun) class find their deepest, darkest wishes coming true, she is rightfully alarmed and suspects that the strange teacher, Han Bong Goo (Uhm Ki Joon), has something to do with it.

If you’re looking for something easy to digest that can scare up some mid-level chills, then this drama is for you. What it lacks in character development, it makes up for in a thought-provoking and twisty story line that remains open to the viewers’ interpretation. 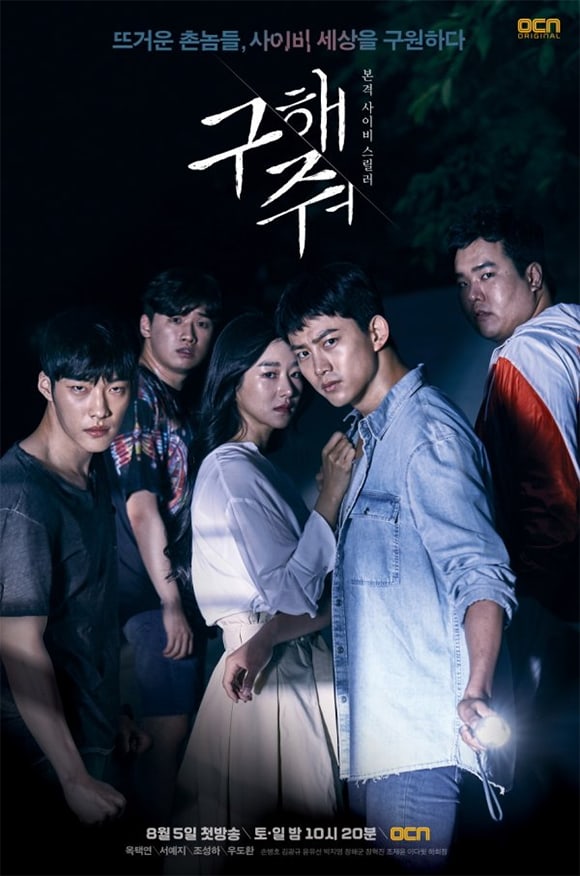 Films with a religious undertone always seem creepier to me for some reason. (Think “The Exorcism of Emily Rose” or “Children of the Corn”). “Save Me” is similar in the sense that it deals with a religious cult with a very charismatic and powerful leader, Baek Jung Gi (Jo Sung Ha). When Im Sang Mi’s (Seo Ye Ji) family moves to town and falls on hard times, they are unknowingly taken in by the cult. Within just a few short years, the whole family has been brainwashed, except for Sang Mi who still holds on to hope of being saved.

There are quite a few disturbing scenes in this drama, and the overall tone is sufficiently dark and chilling. The psychological manipulations and the twisty storylines that always catch us off guard just makes the whole drama even more goosebump-inducing.

“Hwayugi” is loosely based on the classic Chinese novel “Journey to the West,” where the immortal Son Oh Gong (Lee Seung Gi) is tasked with protecting Jin Sun Mi (Oh Yeon So). Jin Sun Mi can see ghosts and demons, and has the ability to exorcise them, an ability that arises from her identity as Sam Jang. Unfortunately for her, being Sam Jang also means that she’s the target of many powerful demons, as whoever devours her is able to gain even greater powers.

This drama balances out some of the more visually scary scenes with a lot of quirky humor, and the style is reminiscent of “Master’s Sun,” which is also written by the Hong sisters. The actors are perfect in their respective roles and really bring life to an already rich and fascinating world filled with various supernatural characters, gorgeous coats and animal sculptures. 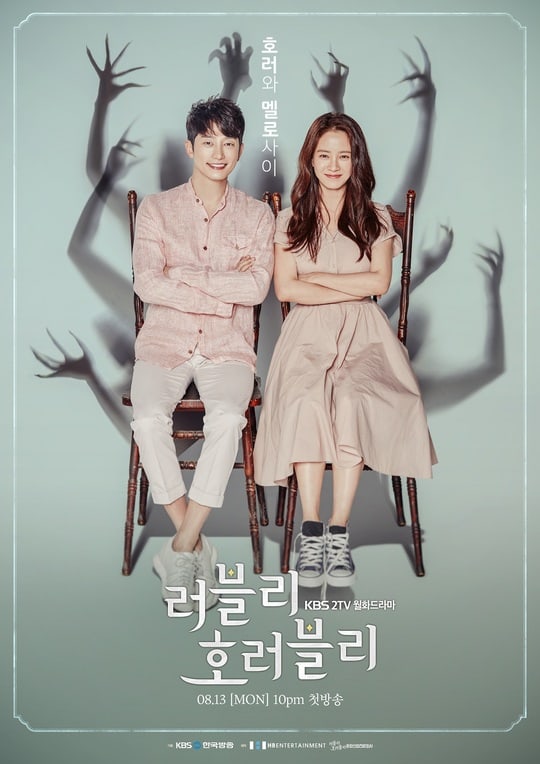 Top star Yoo Philip (Park Shi Hoo) and scriptwriter Ji Eul Soon (Song Ji Hyo) are born on the same day and at the same time, thus sharing a zero-sum fate, which basically means that if lady luck is with one, the other will be suffering from all sorts of misfortunes. Throw in up-and-coming director, Lee Sung Joong (Lee Gikwang), who has a crush on Eul Soon AND can see ghosts, and you’ve got yourself a recipe for a romantic, but very complicated triangle.

The pacing of the drama could’ve been better, and there is a rush to tie-up story lines towards the end; however, the premise itself is interesting, and there are definitely some spooky, fun times to be had. Also, who can say no to the very charming Gikwang? 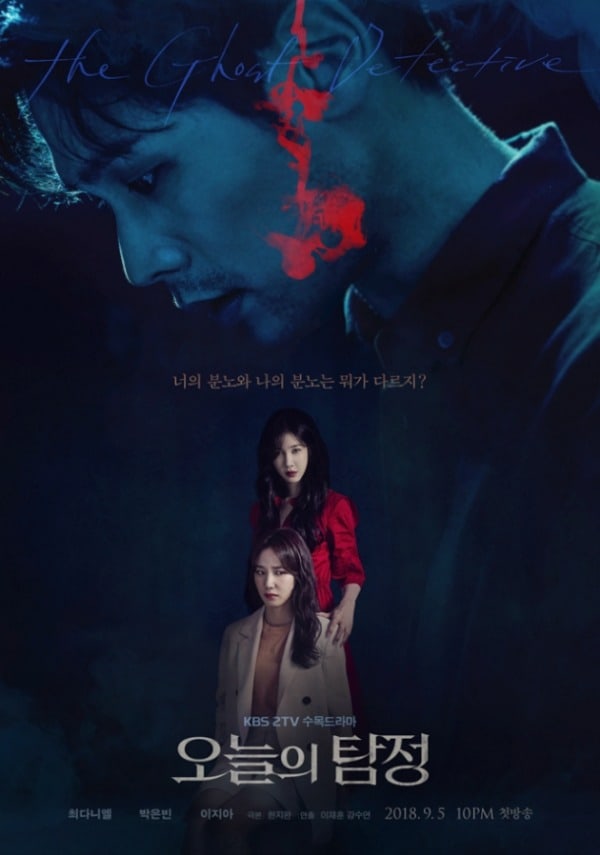 This drama is still airing, but so far, it’s constantly been delivering the thrills and the suspense. The chemistry between Choi Daniel and Park Eun Bin is also off the charts, and even though many people may have started the drama for the leads, the exciting story is one that will keep them watching! Also, that twist, that TWIST! 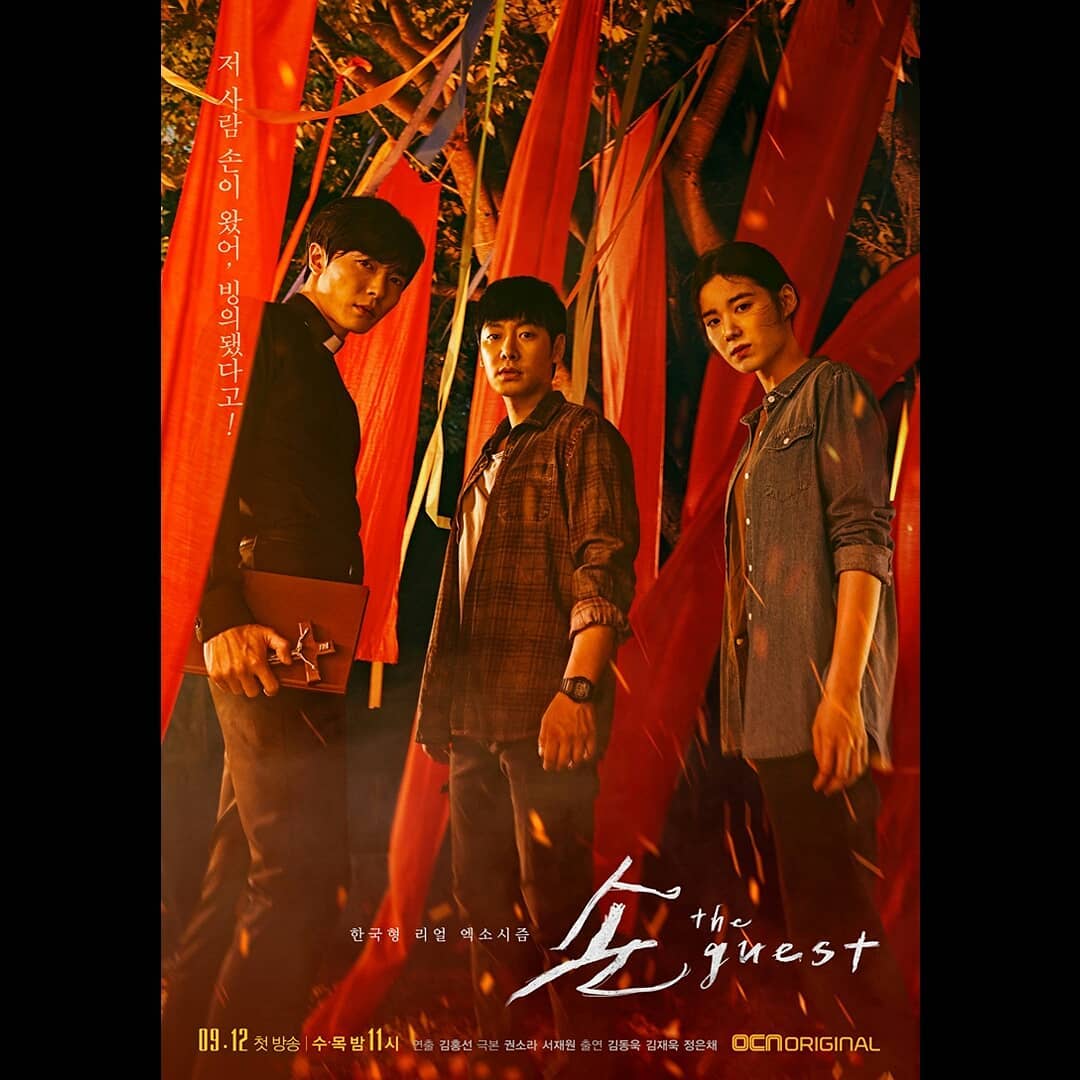 A psychic, a priest, and a detective is… not the start of a silly joke. They are, instead, the central team in “The Guest,” another currently-on-air drama. This drama really embraces the terror and the gore, and is one of the more terrifying entries on this list. A malevolent entity known as “Sohn” (literally, guest) has possessed and killed many people over the years, including the families of said team. Together, they try to avenge the death of their loved ones, as well as put an end to the terror once and for all.

Like I mentioned above, this drama is high on the chills-meter, as it’s filled with creepy rituals, ghosts, disfigured bodies, and so on. You may need to watch this with the lights on (or like me, watch it in broad daylight), but if you’re a fan Korean horror films, then this one is right up your alley! 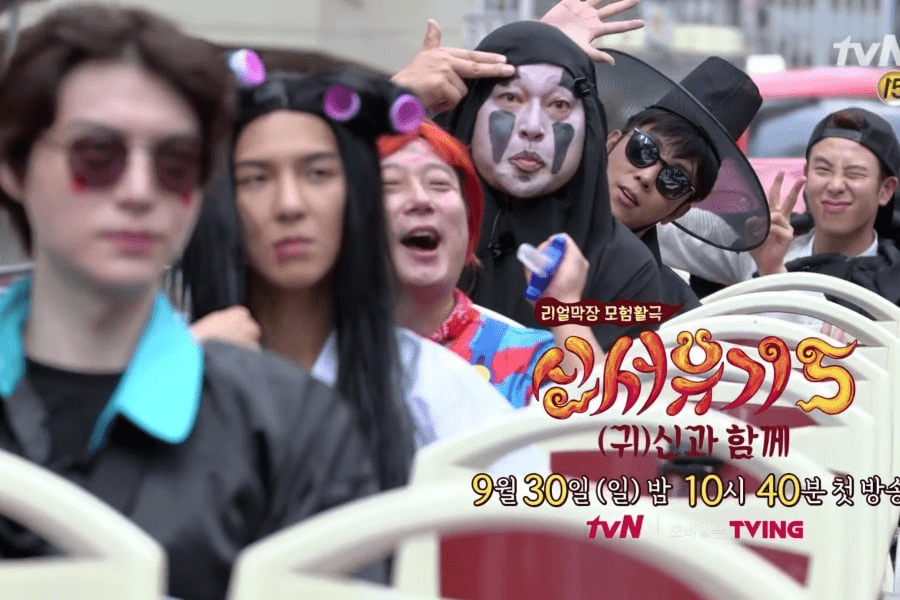 If you want to get in the Halloween spirit but just can’t bring yourself to watch anything too scary, then this one is perfect for you. A variety show that is known for bringing the laughs, this current season that features the theme of “Along With The Ghosts” (a nod to hit movie “Along With The Gods”) is certainly no different. In fact, I would say it’s even amped up the laugh-meter by putting their stars in even more ridiculous costumes, which for some reason just fits the cast too perfectly! The only thing you need to be scared of by watching this is laughing too much and drawing weird looks from the people around you.

Are you a fan of the horror genre? And which drama keeps you up at night? Share your spooky recommendations with us below!

When Belinda_C was writing this article, it was dark and pouring outside and she was alone in her office. She may or may not have been freaked out (several times) by the shadows of passersby. Come say “Boo!” to her on Twitter!

Soompi Spotlight
I Remember You
Nightmare Teacher
The Village: Achiara's Secret
White Christmas
Mirror of the Witch
Hwayugi
Save Me
New Journey to the West 5
Lovely Horribly
The Guest
The Ghost Detective
How does this article make you feel?