The cast of SBS’s upcoming Monday-Tuesday drama “My Strange Hero” recently gathered for their first script reading together.

“My Strange Hero” will be the follow-up drama to “Where Stars Land” and is a romantic comedy that follows Kang Bok Soo (played by Yoo Seung Ho), who finds his life has gone awry after he is accused of being a bully and expelled, as he returns to his school as an adult to seek revenge. However, instead of revenge, he finds himself swept up in an unexpected situation.

The first script reading for the drama was held on October 8 at the SBS production center in Ilsan, and was attended by screenwriter Kim Yoon Young, producing director (PD) Ham Joon Ho, and the cast that includes Yoo Seung Ho, Jo Bo Ah, Kwak Dong Yeon, Chun Ho Jin, Kim Mi Kyung, Uhm Hyo Sup, Kim Kwang Gyu, Kim Dong Young, Park Ah In, Yeon Jun Suk, and Yoo Seon Ho. For three hours, the cast delighted everyone in attendance with their chemistry and immersive acting. The PD said, “I will create a set that gives the actors a space to have fun. I’m happy to have met a great family to end 2018 with. I will work hard to make it a warmer and more meaningful year than those before it.” 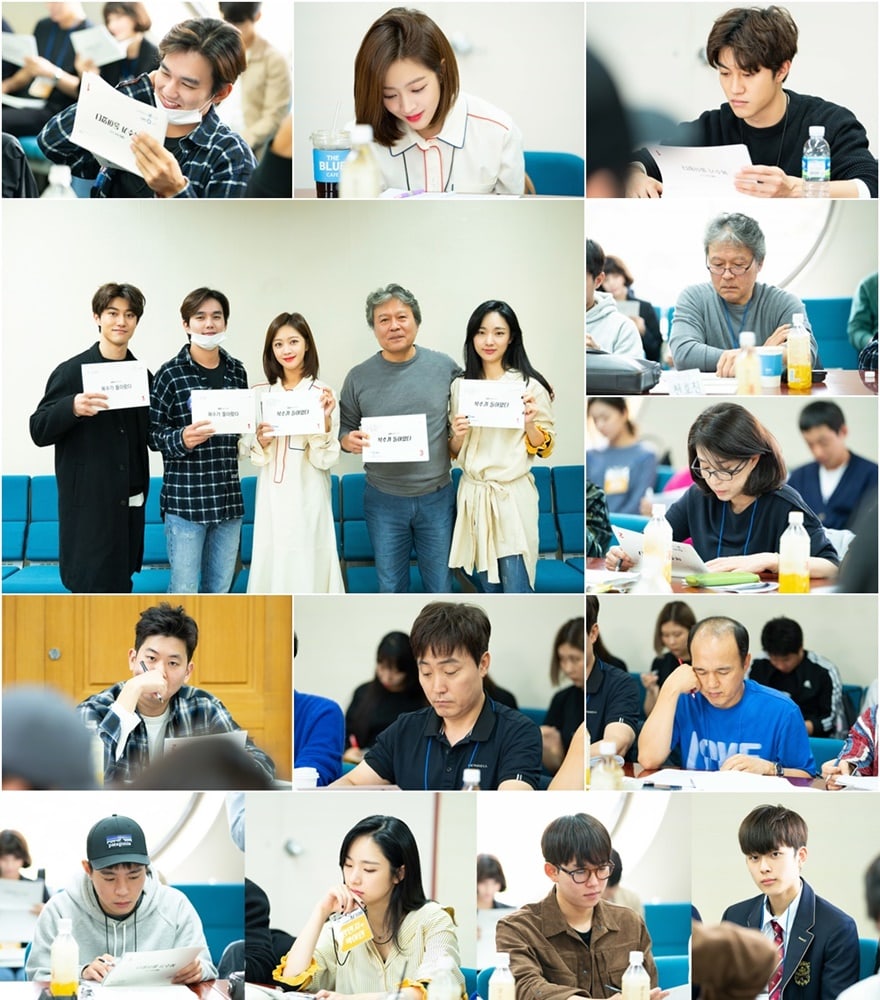 Yoo Seung Ho will take on the role of Kang Bok Soo, who goes from living out other people’s lives to a man who returns to school in great fanfare. He has a charming voice but also wins over hearts with his clumsiness. Along with him is Jo Bo Ah as Son Soo Jung, who was Kang Bok Soo’s first love and is now a part-time teacher. Though she appears calm for the most part, her anger can flare up and she is able to silence her opponents with a slew of painfully true facts.

Kwak Dong Yeon will be taking on the role of Oh Se Ho, the antagonist to Kang Bok Soo, and the actor is excited to show a new side of himself as he takes on his charismatic and powerful character. Chun Ho Jin will play Teacher Park, who refuses to stand idly by when he sees injustice and is loved by his students, while Kim Mi Kyung will be Jung Soon, Kang Bok Soo’s mother who is just grateful that her son has grown up in good health and strong spirits. Uhm Hyo Sup and Kim Kwang Gyu will play the principal and vice principal of the school, and their comical interactions had everyone laughing.

The cast is rounded out with Kim Dong Young playing Lee Kyung Hyun, Kang Bok Soo’s friend and superior at work, Park Ah In as Kang Bok Soo’s cute stalker Yang Min Ji, Yeon Jun Suk as a stressed-out Oh Young Min who is ranked last in his class, and Yoo Seon Ho as the handsome and tough guy Yoo Shi On.

The production staff stated, “The actors played their parts so well that it felt like filming had already started. Their excitement and energy has us excited to film their scenes,” and “We promise to bring a drama that will bring happiness, energy, and relatable resolutions so that viewers can end 2018 on a high note.”

“My Strange Hero” will be the follow-up to “Where Stars Land” and will begin airing in early December.