Song Seung Heon is an actor of many faces for “The Player.”

In the drama, he plays genius con artist Kang Ha Ri, who works with his team to expose the powerful and corrupt. With each new project they take on, he cons his way into gaining access to restricted areas and digging up dirt by perfectly taking on different disguises.

From the beginning of the drama, the most common occupation Kang Ha Ri used to disguise himself was a prosecutor. Exuding confidence and providing snappy comebacks to every question asked, he was even able to pull off the ruse in front of an actual prosecutor Jang In Gyu (played by Kim Won Hae). In the first episode, he used his disguise to get access into a prison, where he interrogated loan shark Chairman Cheon Dong Seop (played by Kwak Ja Hyung). With a smile, casual joke, and a level-headedness befitting a prosecutor, he coolly withstood Chairman Cheon’s provocations. 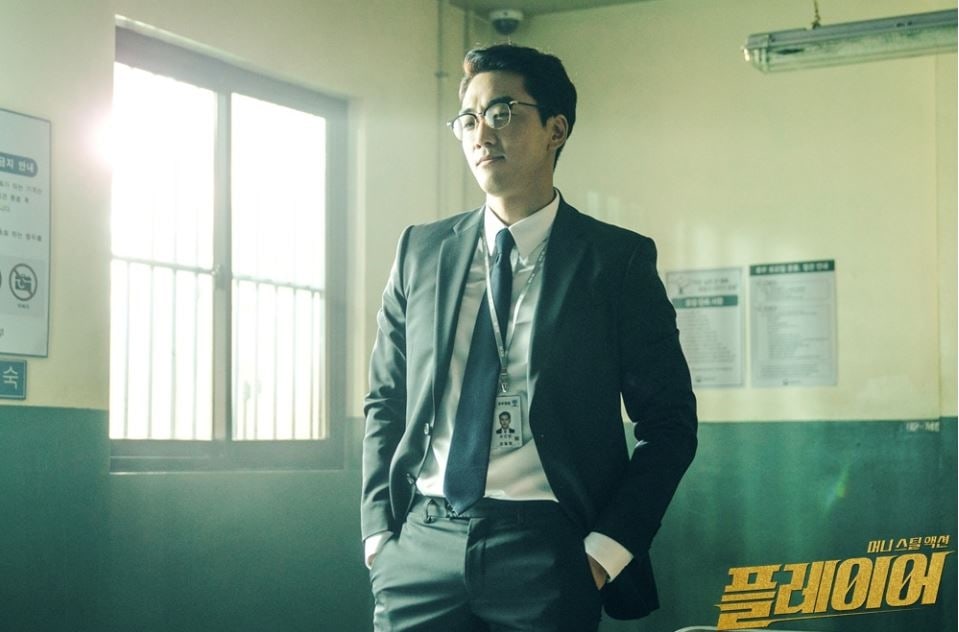 Kang Ha Ri’s next project was to find the gambled money that Na Won Hak (Kim Hyung Muk), Hwa Yong Construction’s overpowered and abusive president, had pocketed. To gain access into the president’s office, he put on the guise of an IT technician. With a commonly-seen blue work uniform and thick glasses, he glibly used official jargon, convincing a secretary to open the office door for him. When President Na made an unexpected entrance, Kang Ha Ri provided a great deal of entertainment for viewers as he had to quite literally squirm his way out of the situation. 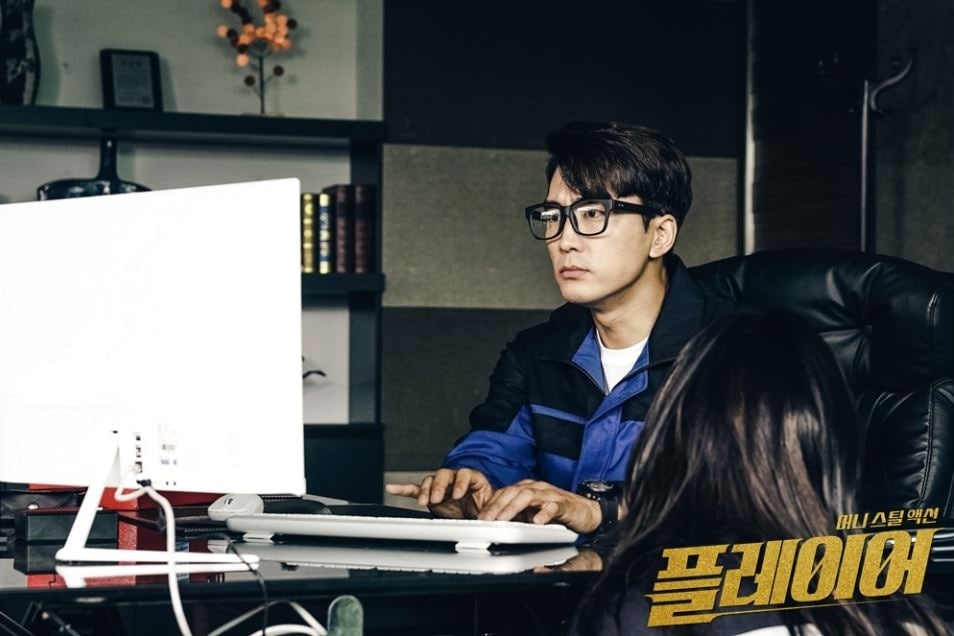 Though he is a con artist of many faces, one of the best transformations Kang Ha Ri pulled off was pretending to be Reporter Shin (played by Jo Jae Yoon). He was able to perfectly copy Reporter Shin’s trademark bowl haircut and glasses, as well as even the minute details of the reporter’s habit of spraying mist. 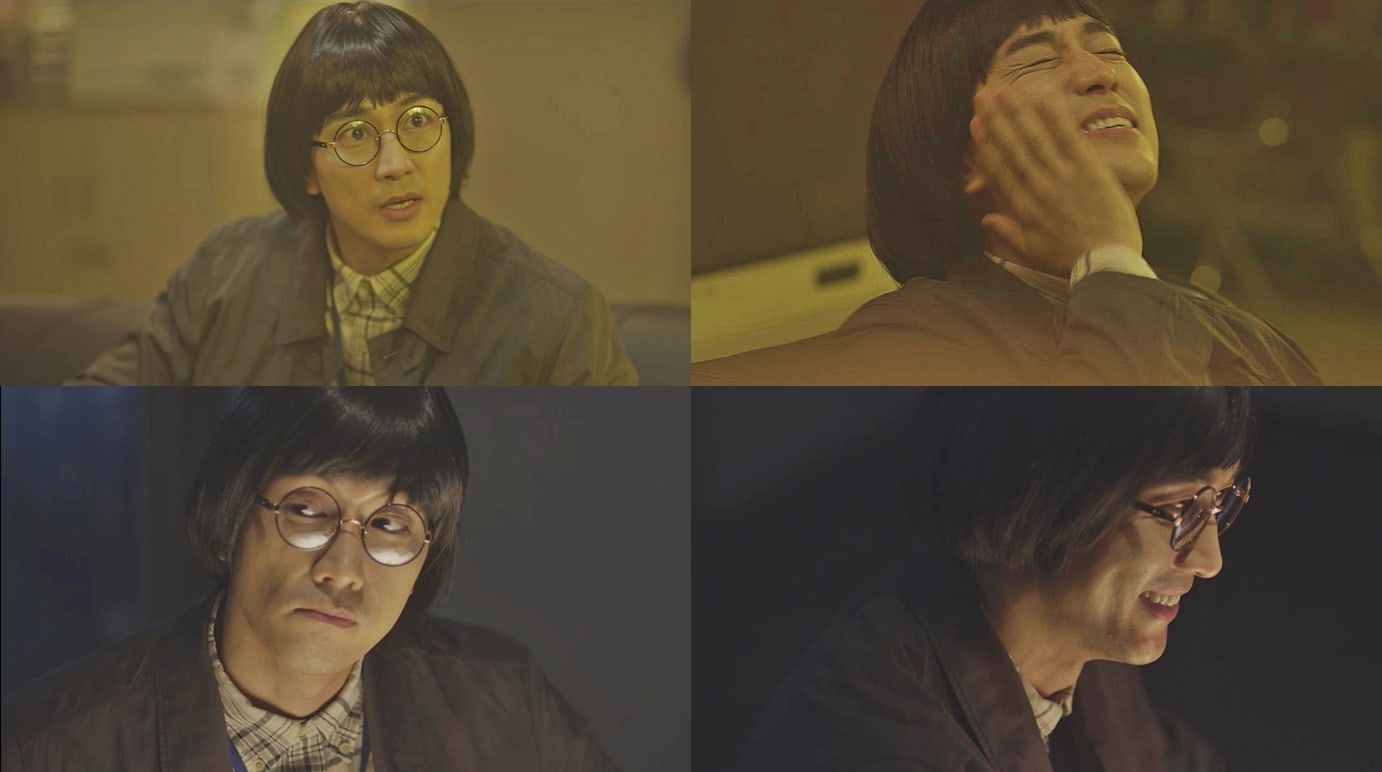