Kim Hee Sun Is Drenched And Shell-Shocked On “Room No. 9”

tvN’s “Room No. 9” has piqued viewers’ curiosity with new stills from its upcoming episode!

In the newly released stills, Kim Hee Sun stares numbly at the ground as she sits alone on a park bench. Jang Hwa Sa’s usual strength and unwavering confidence seems to have disappeared, and the character looks so stunned that she appears unaware of the fact that she is soaked from the pouring rain.

The final still shows Kam Mi Ran (played by Kim Jae Hwa) looking extremely worried as she leads Jang Hwa Sa away under an umbrella, leading viewers to wonder what happened to the typically unshakable protagonist.

The producers of “Room No. 9” remarked, “The passionate acting of Kim Hee Sun, who fearlessly threw her body into her performance, as well as her meticulously realistic facial expressions, gave rise to a scene that will stir [viewers’] emotions.”

They went on, “In the drama, Jang Hwa Sa will face a shocking truth and end up falling into shock. Please look forward to the next episode of ‘Room No. 9,’ which will depict even more twists and extreme situations [than before].” 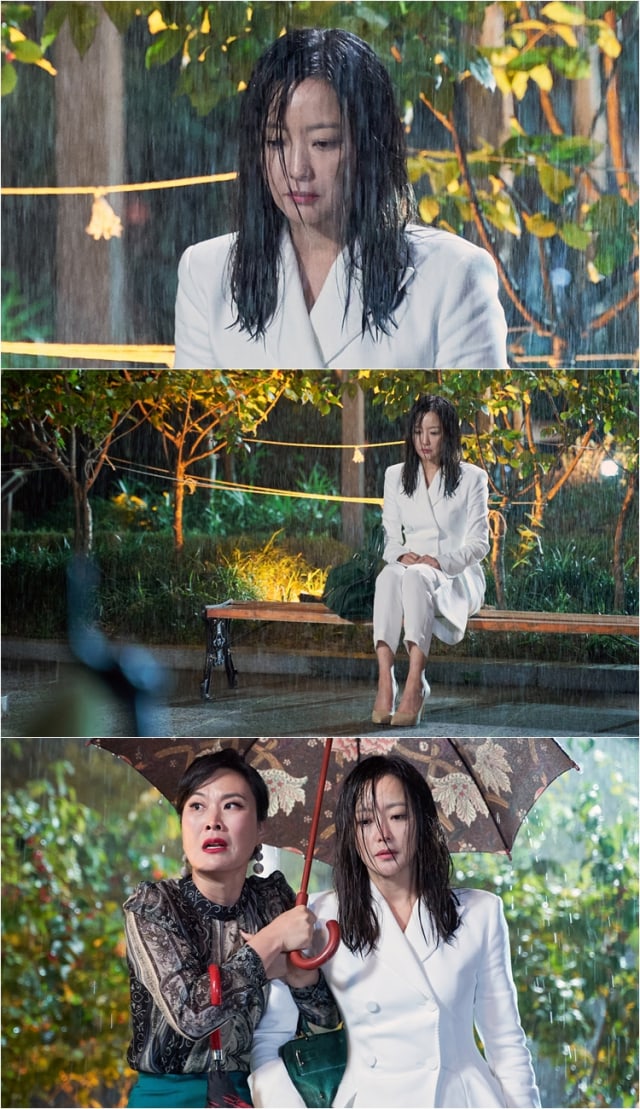 Kim Hee Sun
Kim Jae Hwa
Room No.9
How does this article make you feel?