On October 27, the agency unveiled a “credit poster” for Jennie’s first solo release. The poster reveals that Teddy wrote the lyrics and co-composed the music for her upcoming solo debut track, aptly titled “Solo.” The famous producer has worked closely with BLACKPINK since their debut in 2016 and has been involved in the production of their entire discography.

Jennie will be dropping her new single “Solo” and the accompanying music video on November 12. She will also be performing the song for the very first time at BLACKPINK’s first Korean solo concert on November 10 and 11.

YG Entertainment announced earlier this month that all of the BLACKPINK members are preparing to make solo debuts. The agency also revealed that Rosé will follow Jennie as the second member of the group to release a solo track. 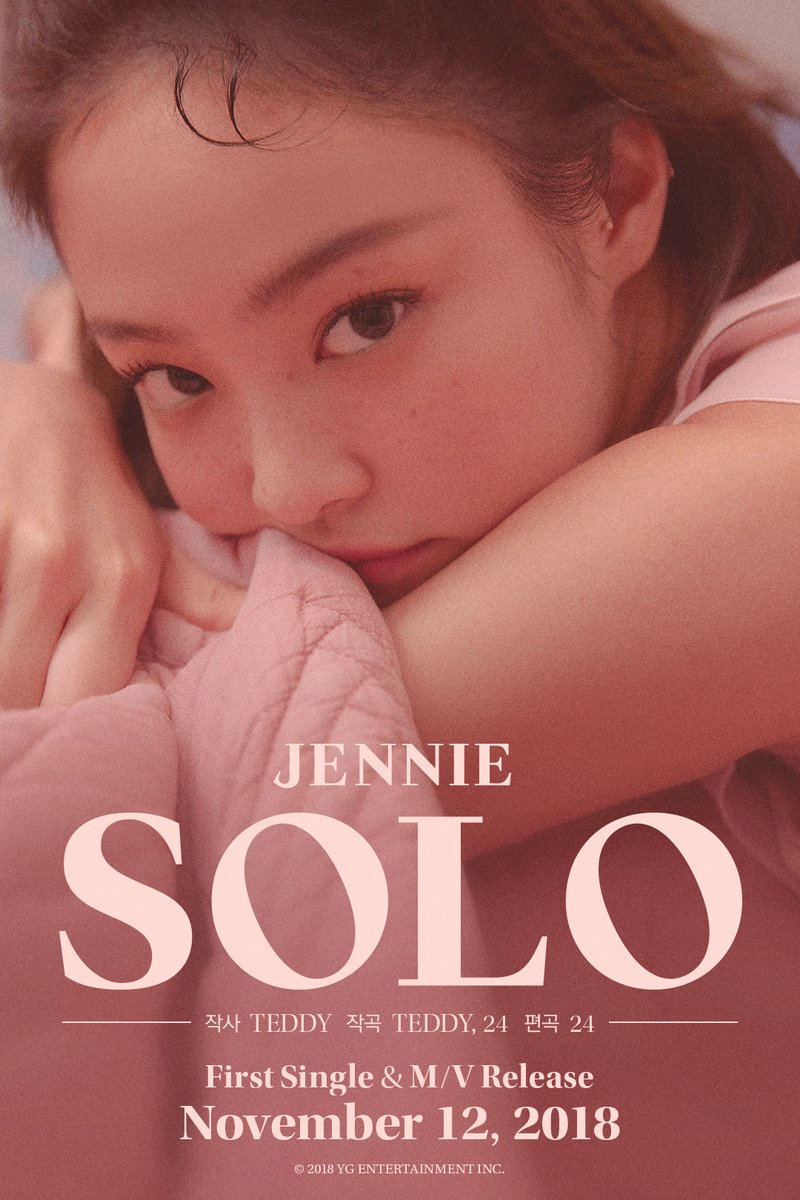 Are you excited for Jennie’s solo debut? What kind of concept would you like to see her take on? Leave your thoughts below!

BLACKPINK
Teddy
Jennie
How does this article make you feel?